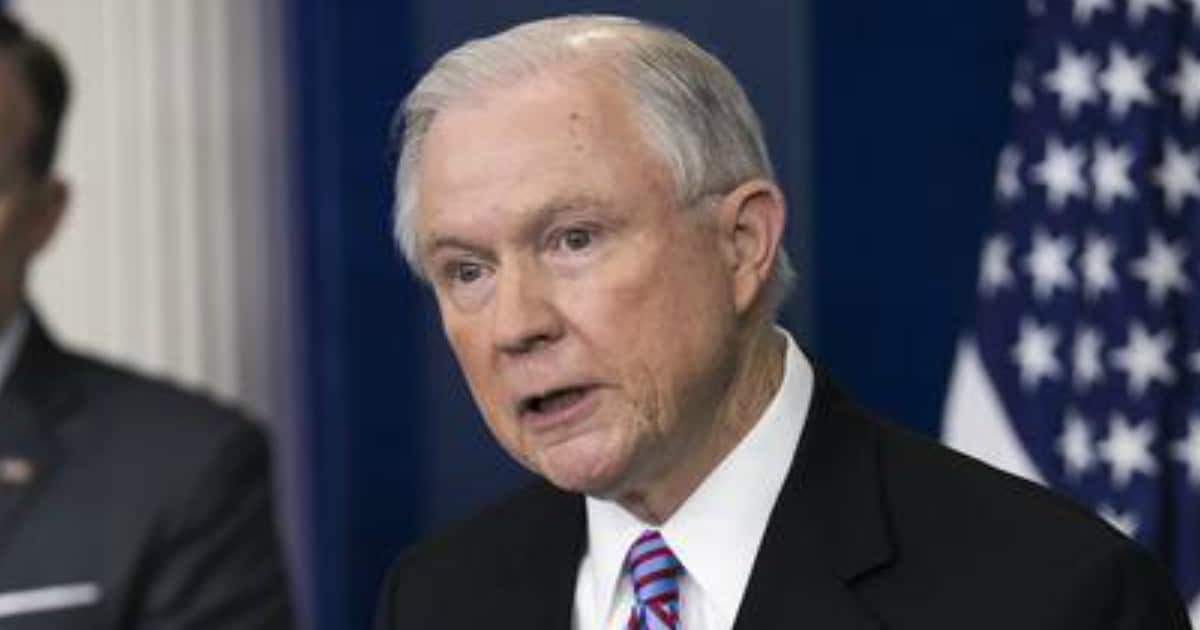 Where illegal immigration is concerned, the lines are now being drawn even deeper in the sand –sanctuary cities on one side, and Trump, and several brilliant conservative mayors on the other.

Oh, and now Jeff Sessions on the other side, too.

Our own Attorney General Sessions is coming out swinging, and he means to hit as hard as he can. AG Jeff Sessions gave an ultimatum on Monday that was in line with Trump’s promise to defund sanctuary cities — and that ultimatum, just like Trump said, was simple: refuse to cooperate with US law, and we won’t give you anymore money.

But Sessions added one more ultimatum — if you already have cash from the US Government, and you don’t cooperate with US law, we’ll take that cash away.

In short, forget just defunding – we’ll take away what you already have. And considering that number is in the billions, it’s a good bet that liberal mayors will quickly shut up and listen.

Attorney General Jeff Sessions on Monday warned so-called sanctuary cities they could lose federal money for refusing to cooperate with immigration authorities and suggested the government would come after grants that have already been awarded if they don’t comply.

His statements in the White House briefing room brought to mind tough talk from President Donald Trump’s campaign. But Sessions also acknowledged he was reiterating a similar policy adopted by the Obama administration last year.

“I urge the nation’s states and cities to carefully consider the harm they are doing to their citizens by refusing to enforce our immigration laws,” Sessions said.

Two things are worth noting here:

–          One: some of these laws were put in place when Obama was president. It’s obvious that any opposition to these laws now comes not from a place of principle, but simply because many city mayors are liberal Democrats who would like nothing more than to see Trump fail. –          Two: the kinds of services that liberal mayors are now risking include “an array of programs, including victim services, body cameras for police, tools to cut rape kit testing backlogs and police involvement in community events.”

That’s an awful lot of terrible things to risk when childishly trying to defy US law. I mean, rape kits. Damn.