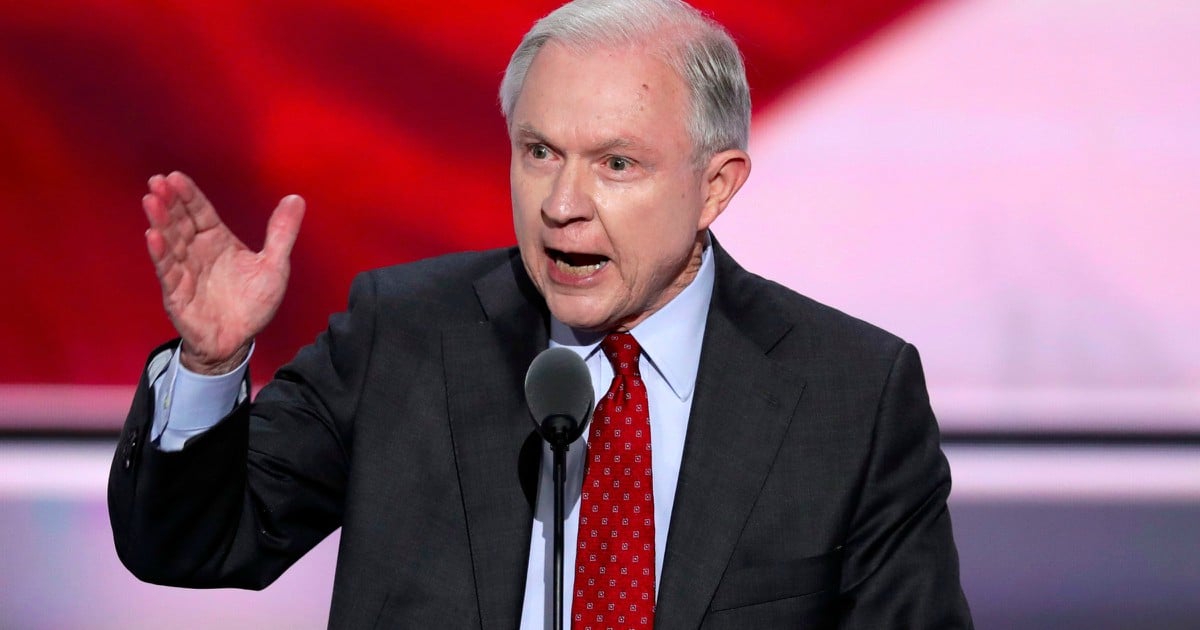 The left is completely out of ideas. I’ve talked about their recent efforts to redraw district lines, a desperate hope to win new seats in future elections.

But the fact remains the Democratic Party has lost the support of many Americans. After years of broken promises, insider politics, and toxic plans, Americans want real leadership and guidance.

This is why Donald Trump won the election and why the Republican Party has a majority in Congress and throughout the country.

[playbuzz-item url=”//www.playbuzz.com/robfairchild10/jeff-sessions-is-officially-the-attorney-general-was-he-the-right-choice”]
Instead of reforming their party and trying to win back the support of voters honestly, the left have resorted to petty and useless tactics aimed at discrediting our President and undermining his leadership.

The biggest and perhaps most ridiculous tactic is the “Russian hackers” theory.

This nonsense, first introduced by Crooked Hillary, is a lame attempt on the part of democrats to suggest that Russia helped Trump win the election. This, despite any evidence to support it.

Liberals are lying, through and through, trying to create smoke where there is no fire.

Most recently they have tried to discredit Attorney General Jeff Sessions over supposed discussions he had with Russia during the election.

At his Jan. 10 Judiciary Committee confirmation hearing, Sessions was asked by Sen. Al Franken, a Minnesota Democrat, what he would do if he learned of any evidence that anyone affiliated with the Trump campaign communicated with the Russian government in the course of the 2016 campaign.

“I’m not aware of any of those activities,” he responded. He added: “I have been called a surrogate at a time or two in that campaign and I did not have communications with the Russians…”

And now, as The Hill reports that according to The Washington Post report, President Trump’s attorney general, Jeff Sessions, spoke twice with Russia’s ambassador to the United States while Trump was on the campaign trail…

A Sessions spokeswoman said Sessions was acting as a member of the Armed Services Committee, not as a Trump surrogate, when he spoke with the ambassador, and was not trying to mislead senators when he said during his confirmation hearing that he had not had contacts with Moscow.

The left is so petty that they will twist anything to meet their ends.Now we are to believe any contact with Russia for legitimate reasons is supposed to be evidence of some kind of collusion.

It is an empty witch hunt, a pointless distraction. The left knows this, but they’d rather waste resources, time, and money on this pointless fight, instead of getting to work helping the American people.

You know there are still some democrats in both the House and Senate? You know they are supposed to be representing people from all across America, people with concerns and needs they struggle with from day to day?

But instead of fighting for those people, working with the president to improve the quality of life for millions of people, they waste our time with talk about Russia.

Every leader that continues to bicker about “Russian hacks” be they republican or democrat, must be voted out. They do not deserve to represent the American people while they waste all of our time.