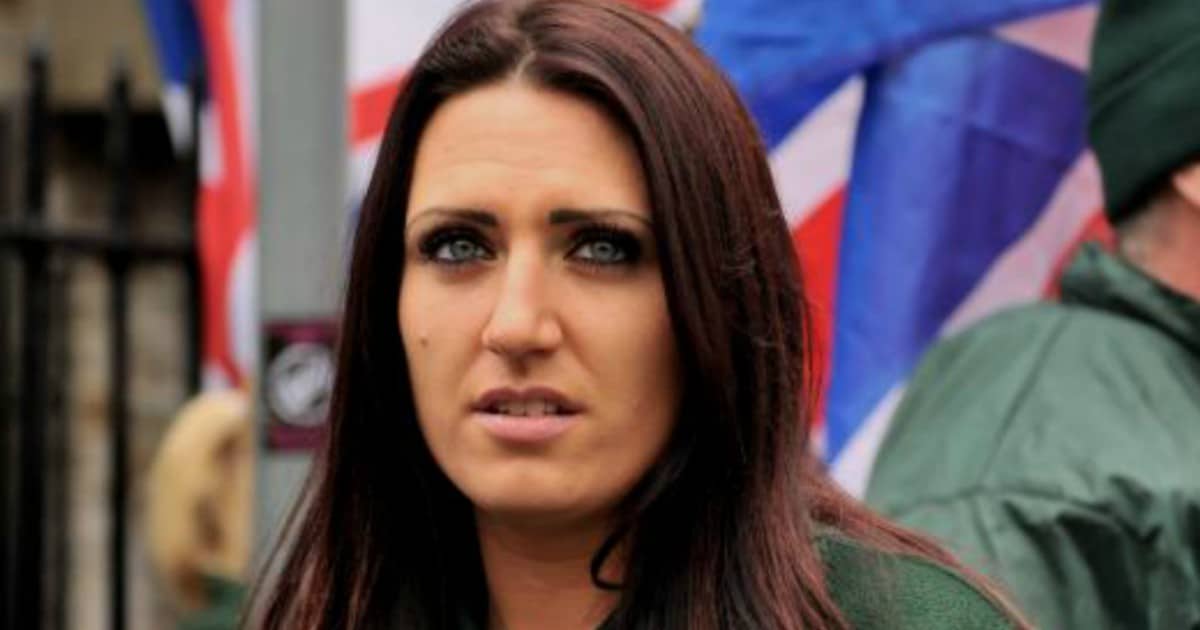 There. Now that I have your disgust and attention, here’s the story: a brave British woman ran a Muslim preacher off of a street corner earlier this month.

He was preaching the Koran, and the teachings of Muhammed, and a good dose of old-fashioned child marriage and marital rape. Which brings me back to my first sentence.

The British woman had him running as fast as he could. Thank God for true feminists – not the liberal kind, that sit around and whine about how men hurt them, but the real kind.

The kind that chase men off the streets when they justify child molestation.

Which brings me to the subject of my story. Ladies and gentlemen, meet Jayda Fransen: fearless, truthful, and enemy of Islam and all its evils.

Including, as it happens, child marriage and molestation.

Fransen heads a British political party, Britain First. (And, no surprise, they’re big fans of Trump – I guess caring about your country wins you fans of foreigners who also care about their country.)

One of her primary duties in service to the UK is keeping the streets clean of radical Islamic preachers. And dear God, she does it well.

The video is worth playing on repeat:

Another Islamic street stall driven out of Newcastle after Muslim convert tells me it's ok to have sex with a child! pic.twitter.com/LPBkaNuZ5X

Fransen’s question to the street preacher is simple: according to the Muslim scriptures, “Muhammed took a child bride at the age of six.”

“If these aren’t wrong teachings, how do you feel about your prophet marrying a six-year-old and consummating the marriage at nine years of age?”

It’s a good question. Although I would have gone with, “hey, so how do you feel about your prophet raping a child?”

It gets better. See, the preacher is stuck – he can’t renounce Islamic teaching, but he can’t just say, ‘yeah, child rape is just fine.’

So he waffles. Which is the point where Fransen’s public shouts make him run away.

Fransen’s work to keep the public safe from the evils of Islam has left personal scars.

She’s sacrificed quite a bit – this is a woman who has been arrested before, and precisely for speaking out against the type of evil peddled in that video. 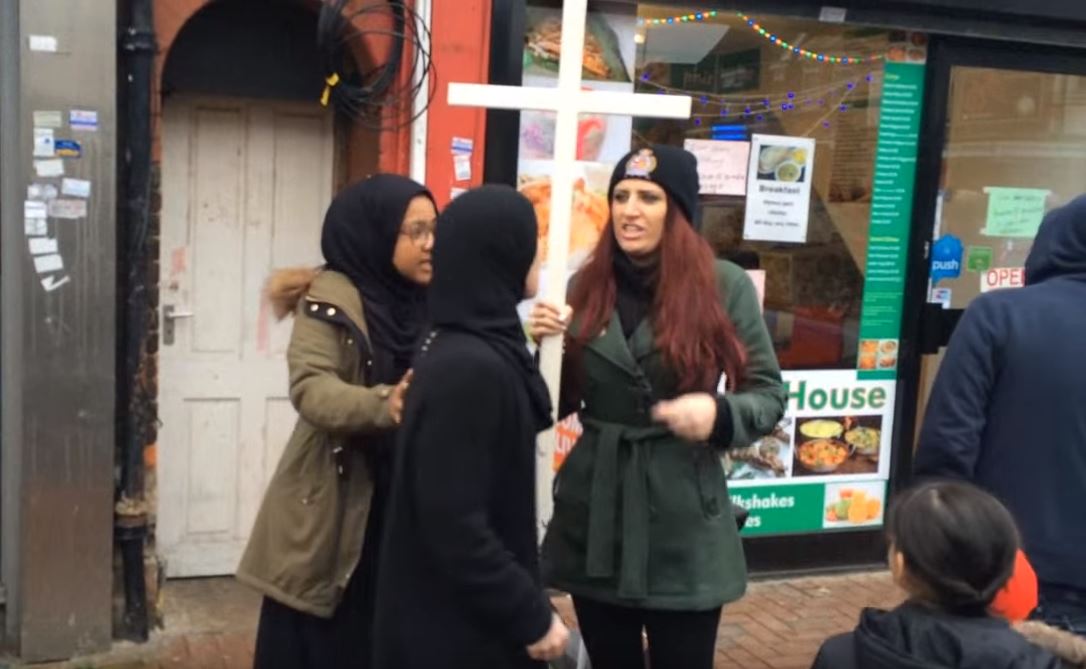 But arrest and detention hasn’t stopped her. And Britain has a great deal of thanks to give her.

For liberals who insist that Fransen is an uneducated boob, just hush – the Koran is very clear about the right of the faithful to take child brides.

In fact, I’m willing to bet that any of you liberals that actually bothered to read the Koran would have known that.

But we conservatives did. That’s how we know it’s evil. And thank God for women like Jayda Fransen.