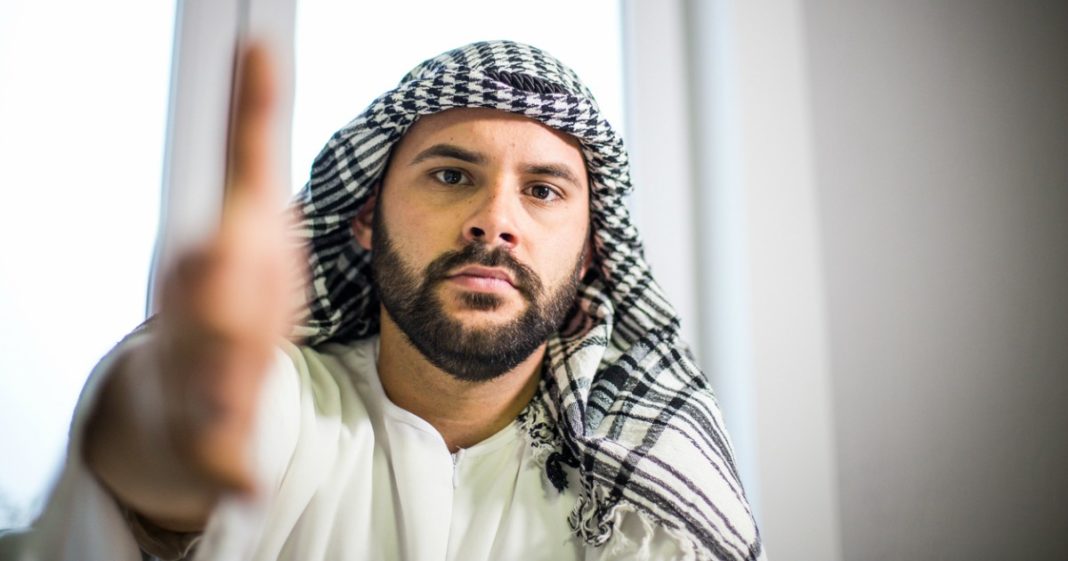 No matter how long I deal with it, the stupidity of the left continues to astonish me.

Here’s a quick pop quiz for you: you’ve spent your entire life learning that woman are nothing more than objects for your pleasure, and that they have to do whatever you tell them.

If they don’t, you just have to force them. No biggie.

You’re allowed to move from your home country to a new one. Do you magically change your mind about something you’ve been taught since birth, or do you continue to behave in the exact same way?

If you answered, ‘oh, you totally change, just as soon as you cross the border, because all foreigners are super-nice, yes,’ then you might be a liberal.

The recent and totally dangerous crime wave of rapes and assaults happening right now in Germany is causing serious problems for law enforcement.

So many problems, in fact, that the country is publishing basic guides on how to treat women.

Word is that Chancellor Angela Merkel is rethinking her open-door policy after dozens of women reported being sexually assaulted on New Year’s Eve, allegedly by men of “Arab or North African” descent.

Henriette Reker, the mayor of Cologne, was blasted by feminists after she suggested that women adopt a “code of conduct” for their own safety, such as recommending that women maintain an arm’s length distance from strangers.

What about the men responsible for the assaults?

ARD, a consortium of public TV and radio stations, is hoping to fill that gap by publishing a guide showing Germany’s new immigrant population how women are to be treated in Germany.

The guides themselves? They make it pretty clear that we’re not dealing with your average, decent human being.

"Women are to be respected, no matter what they wear." German public TV @ARD_Presse publishes guide for refugees. pic.twitter.com/Jor6PpOp87

Twitter just exploded. As it usually does. And the responses were pure gold.

@Lucian_Kim @LilMissRightie @ARD_Presse @instapundit We call this "Pissing in the Wind". Good luck with that, Angela.

Far and away, however, most of the responses were simple, logical questions: if this is the way refugees act, why – seriously, why – are we letting them into our country?

Why are we making it more dangerous for our wives and daughters? Just to please a group of liberals that aren’t raising a finger themselves to help?

Meanwhile, Germany’s borders continue to not exist, and terrorists, rapists, and drug dealers continue to pour in. Thank God our president has more sense, and far more bravery.