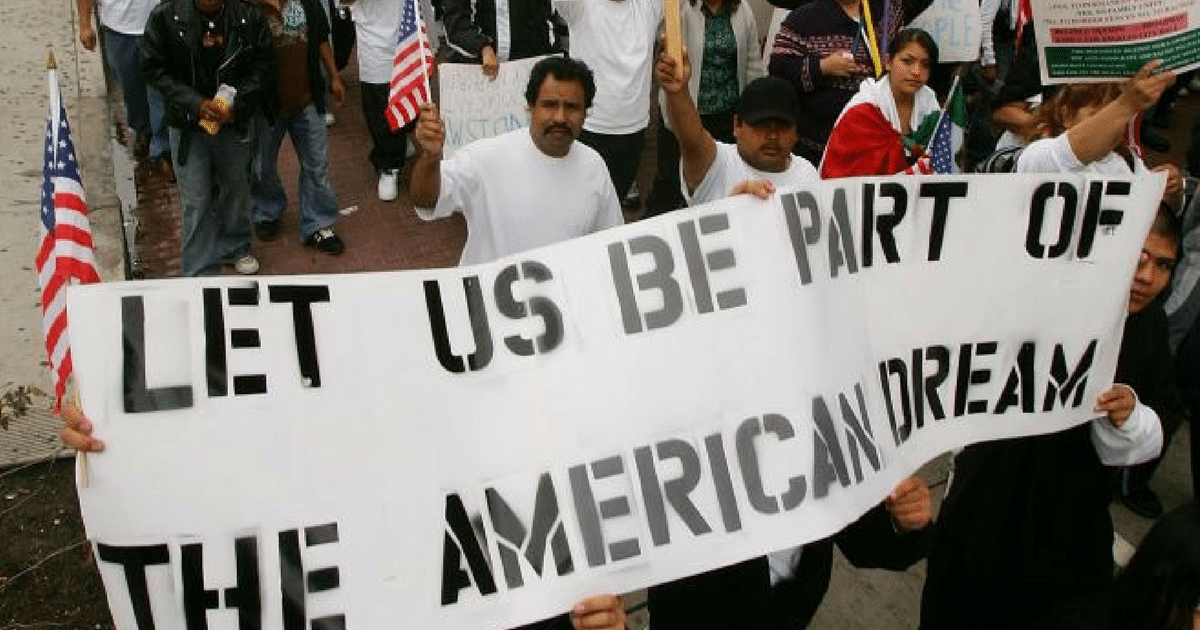 If we didn’t make such nonsense decisions in the past, we wouldn’t have such a mess to clean up in the present.

We can apply that pearl of wisdom to all sorts of situations, and it’s especially true when it comes to matters of immigration.

All throughout the 2016 presidential campaign, then-candidate Donald Trump made it crystal clear that our nation’s immigration system is a mess.

Those sentiments struck a serious chord with voters, and the rest is history.

Now that he’s in office, Trump and his team are doing what they can to clean up the mess that has been building up for years and years.

All the while, the mainstream press and Democratic leaders attempt to portray those efforts as a bad thing. That tells us all we need to know about whether Trump is on the right track or not, but the fact remains that there is still a ton that needs to be done.

The Independent Journal Review shares another example of that.

Between 2005 and 2015, the U.S. admitted more than 70 percent — about 9.3 million — of its new immigrants through chain migration, something the White House said was a primary driver behind low-skilled workers entering the country.

“These numbers are explosive. They show that American immigration skews almost entirely towards family-based admissions,” a White House official said, according to Fox News on Thursday.

Somewhere along the way, the entry of one immigrant into the country began being treated as if it was a green light for the rest of his or her kin.

There was no consideration given to who theses folks were or what they brought to the table.

It’s grown to the point that it’s a completely untenable problem.

That proportion worried U.S. Citizen and Immigration Services Director Lee Cissna who described it as a “problem.”

“For years, we’ve known that large numbers of immigrants have been coming based on petitions from previous immigrants,” Cissna said.

“But this is the first time we really kind of see the whole scope of the problem. And legislators or policymakers at [the Department of Homeland Security] can do what they need to do address the problem.”

Trump has loudly called for an end to chain-based migration, and he hopes to implement a merit-based system as opposed to the current lottery system.

The fact that he even has to suggest such a common sense solution perfectly points out how broken things are on the immigration front.

Much to the consternation of the safe space crowd, we finally have an administration that’s willing to spend the time needed to fix things once and for all.