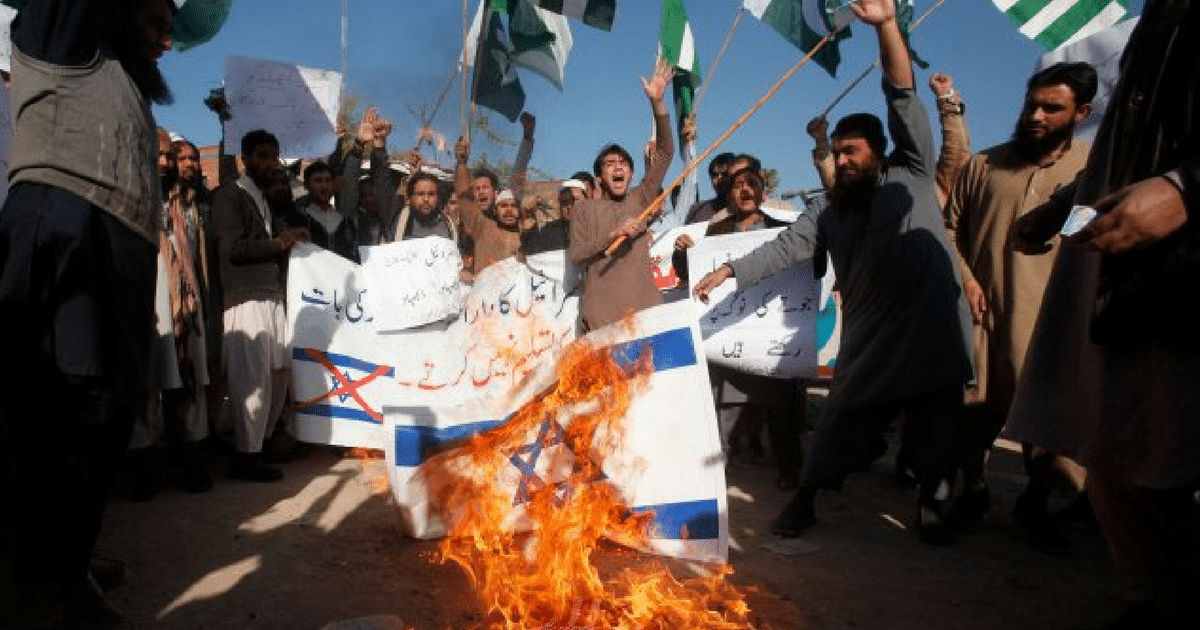 I’ll say at least one thing for terrorists – they’re predictable, and consistent. It’s hard not to be when your only strategy for dealing with anything is ‘kill, kill, murder.’

Fact is, every time you deal with terrorists, you’re dealing with a group of people who will, no matter what, eventually turn to violence. There’s no middle ground, and no backing down. Just expect it.

In related news, President Trump has decided to finally fulfill the wishes of America’s greatest ally, and move the US Embassy in Israel to Jerusalem, from Tel Aviv.

Hamas, the terrorist pro-Palestinian government, is threatening – wait for it – violence in response.

Terror group Hamas is calling for a “day of rage” Friday, urging Palestinians to protest President Donald Trump’s plan to recognize Jerusalem as Israel’s capital and move the U.S. Embassy there from Tel Aviv.

The group encouraged Palestinians in an official Arabic statement to send a message “with all available means” to Israel after the upcoming Friday prayers.

It added that making Jerusalem the Israeli capital was crossing a “red line.”

This is, actually, not really news…granted, it’s really happening, but it’s not like anyone was betting on Hamas not using terror. Vegas odds were 100-0.

But at least Hamas wasn’t trying to recruit young, impressionable Arabs to a life of terror.

“The youth and the Palestinian resistance in the West Bank need to respond with all means available to the U.S. decision that harms our Jerusalem. Jerusalem is a red line and the resistance will not allow any desecration of it.”

The issue, mind you, is absurd – Jerusalem has been Israel’s capital for decades. The US Embassy is only in Tel Aviv because, when Israel was founded, it did not yet own all of Jerusalem.

That came only after the Jewish State was attacked by angry outsiders. The Israelis won that war, and in it, won Jerusalem. Fair’s fair.

THIS IS SUCH A GREAT DAY IN HISTORY!!!
Dec 6, 2017 President Trump declares Jerusalem the Capital of Israel & the US Embassy will be moved there. Thank you very much President Trump for being a courageous man of your word & A TRUE LEADER!😀👍🇮🇱🇺🇸 pic.twitter.com/hiKZHHJuyl

And as for our embassy, it’s about time.