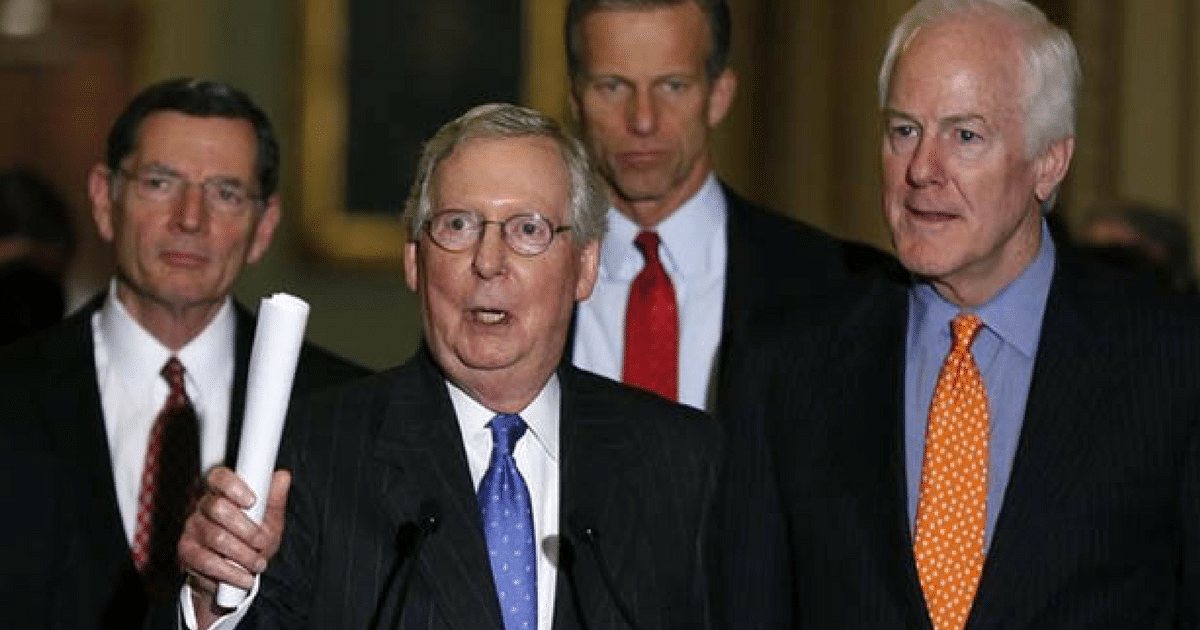 While we’ve all known that things have been broken on Capitol Hill for decades, it’s becoming even more readily apparent since President Donald Trump took office.

For years, members of the GOP have been huffing and puffing about how they can’t get anything done for reasons beyond their control.

Those built-in excuses are out of the way these days, as Republicans have a clear majority in Congress – and a president in the White House that is committed to making things happen.

Despite that, there’s still an inordinate amount of hand-wringing that takes place each time there’s a chance to affect meaningful change.

We have another example of that with the unnecessarily lengthy debate over Trump’s tax plan.

On Thursday, Republican senators responded to their fiscally conservative colleagues’ concerns by agreeing to automatic tax increases — potentially reaching $350 billion over 10 years — in the event that federal revenue dips below a certain amount.

Starting in 2022, the tax increases would vary depending on the size of the shortfall in federal revenue. The government would obtain the revenue through a corporate tax hike as well as a new tax based on the difference between corporate book income and actual taxable income, Bloomberg reported.

While any major policy changes will naturally only happen with some concessions here and there, it’s nonetheless incredibly telling to take a look at how the sausage is made.

Members of the GOP can’t even get on the same page about a plan that should be a veritable slam dunk. Bloomberg had more details on criteria for the revenue threshold:

Tax increases would be triggered if federal revenue fell short of a specified threshold.

That threshold consists of the revenue baseline that’s anticipated under current law over the next five years — minus an amount that would have been lost under corporate expensing provisions that Congress has been allowing on a year-to-year basis.

(The Senate bill would allow for full, immediate expensing of equipment purchases through 2022, at an estimated cost of $61.3 billion.)

We get it. There’s a give and take that’s inherent when it comes to implementing substantial changes.

However, members of Congress continue to make things unnecessarily difficult. Despite the insistence of members of the GOP, that applies to both sides of the aisle.

If Republicans can’t even come up with a plan that appeases all members of its own party, how on earth can they possibly be expected to get something done when they reach across the aisle?

Things remain incredibly broken in the nation’s capital, and voters have had about enough of that.

Hence, they elected an outsider that promised to go in and drain the collective swamp.

Perhaps voters can help him do just that when mid-term elections roll around.