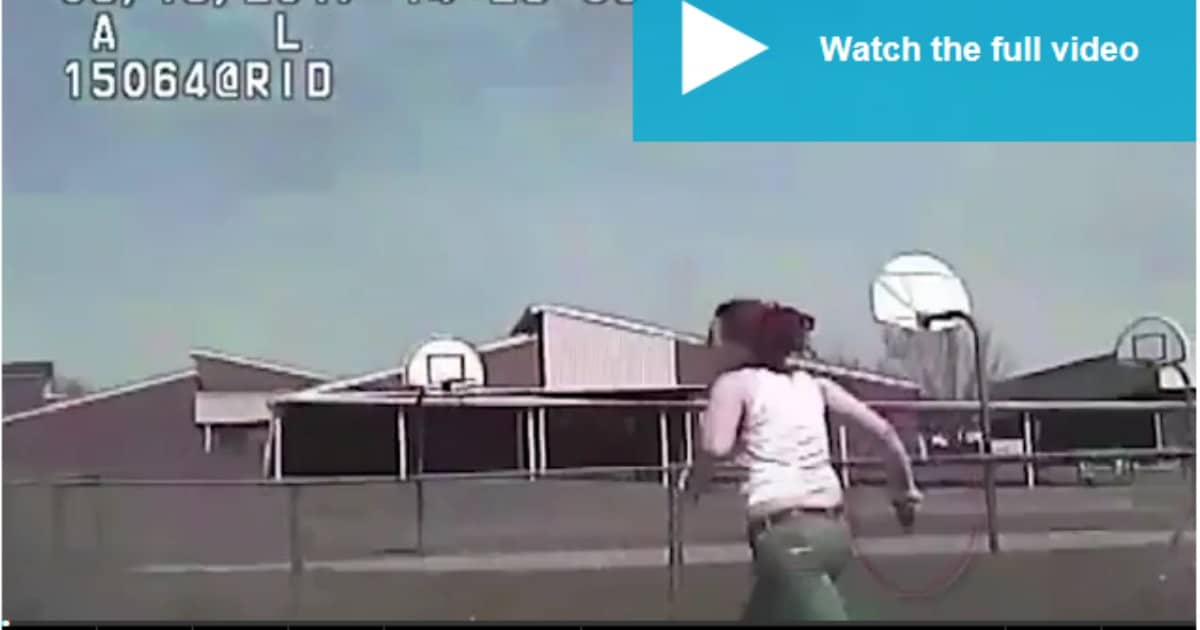 Even though gun control laws make no sense whatsoever, liberals keep pushing for more of them.

But the fact is, it’s easy to find a weapon strong enough to kill someone. And lord knows we don’t regulate everything that could be used as a weapon.

Even those things that would be more effective and easier to use than guns.

And just to drive the point home, we have a story today about someone killing someone else by using a car.

Except in this case, it’s a police cruiser. And the person who killed is a cop, and the person killed was a criminal. And a dangerous one at that.

Disturbing dashcam footage released by Tulsa police shows the moment a 21-year-old woman was run over and killed by a cop after opening fire on officers following a high-speed chase.

Madison Sueann Dickson died in Tulsa, Oklahoma, on Saturday after Officer Jonathan Grafton, deliberately hit her with his patrol car to stop her from shooting at police.

Dickson was wanted by police over four gun-related incidents in Tulsa during the past week, including shooting a man in the head.

Now, to be clear, you don’t get a free pass for using your police cruiser rather than your weapon. But it’s obvious that the investigation will clear him. Grafton did nothing wrong. He may well have saved his fellow officers, in fact.

And Dickson did try to shoot the cops. Just to be clear.

She eventually jumped out of the truck and started firing at the officers when Grafton hit her with his vehicle.

Authorities said they had desperately tried to stop Dickson because of the threat she was posing.

‘She had every opportunity to stop and turn herself in,’ Ashley told Tulsa World.

Police said no one was struck by any bullets and Dickson died when she hit her head on the ground.

The standard liberal response to this story should be the same as it is to any death involving guns: ban cars!

We need more car regulation! And whatnot, and all the crazy things you hear when liberals talk about guns.

But they probably won’t say any of this. Because, to be blunt, ‘car control’ sounds crazy even to liberals.

It’s a shame it doesn’t sound as crazy when ‘car’ is replaced with ‘gun.’ Because it’s just as crazy.