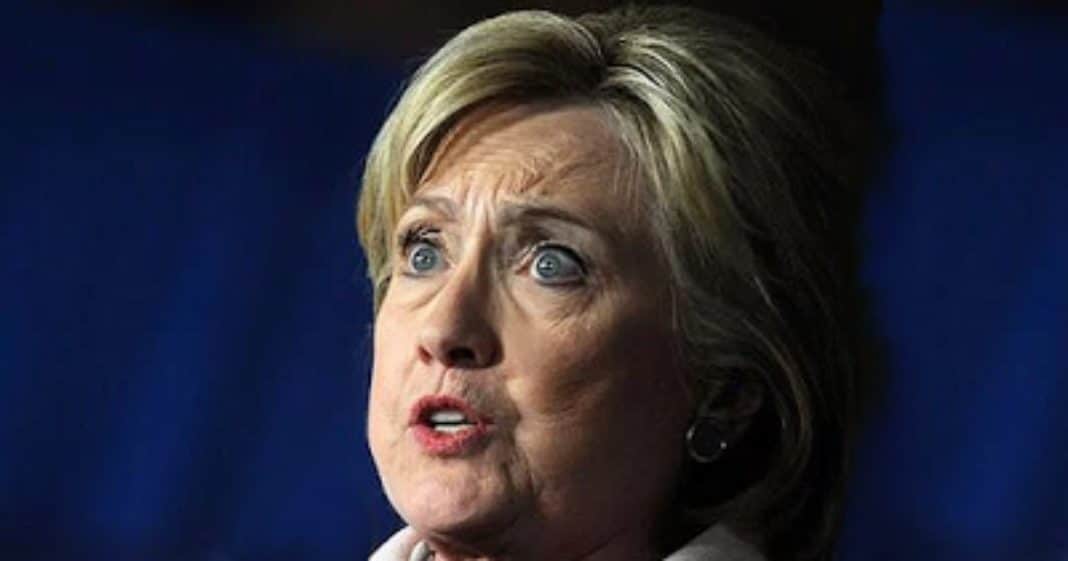 Someone who used to be close to the Clintons just asked a really, really good question: why hasn’t Hillary been in the news, trying to tear Trump apart?

Why haven’t her former staffers, or aides, or Huma Abedin? In fact, why haven’t we heard from Hillary at all?

The answer is brilliant. This one caught even me off-guard — it’s because she knows she’s guilty of many crimes, and she’s trying to avoid an investigation.

But don’t take my word for it. Take the word of a longtime Clinton friend and confidante, a man who now spends his time defending Trump and warning the world about the dangers of Hillary.

Ladies and gentlemen, meet Dick Morris. He had a lot to say in a recent interview, in response to this question: why isn’t Hillary regularly in the news denouncing Donald Trump?

“We can deduce what’s going on in the Justice Department because Hillary hasn’t barked.”

“In effect, since Inauguration Day, or really since Election Day, she has conceded the leadership of the Democratic party to Barack Obama…”

“…you would expect she and Bill and her minions, Cheryl Mills, Huma Abedin, John Podesta, would all be out there ripping Trump apart, attacking his every move, exploiting all of the openings given to them by the biased journalistic media, and God knows the media would have given them any coverage they wanted.”

“But, yet, you don’t hear anything…Hillary and Bill don’t say anything about Donald Trump.”

Morris then drops the hammer. And his explanation makes perfect sense.

In short: Hillary isn’t soaking up airtime screaming at Trump, because it’s likely Trump would fire back. And it’s likely he would fire back by pushing forward the investigations against Clinton for her crimes while Secretary of State.

Basically, Hillary has decided this: don’t poke the bear. Cross your fingers if you’re hoping she’ll slip up.

Mind you, even if she’s prosecuted for her private server, or for corruption at the Clinton Foundation, she’s still gotten off scot-free for Vince Foster, Benghazi, and any number of other high crimes and misdemeanors.

Justice may not be completely served. But it is keeping her quiet, for the moment.