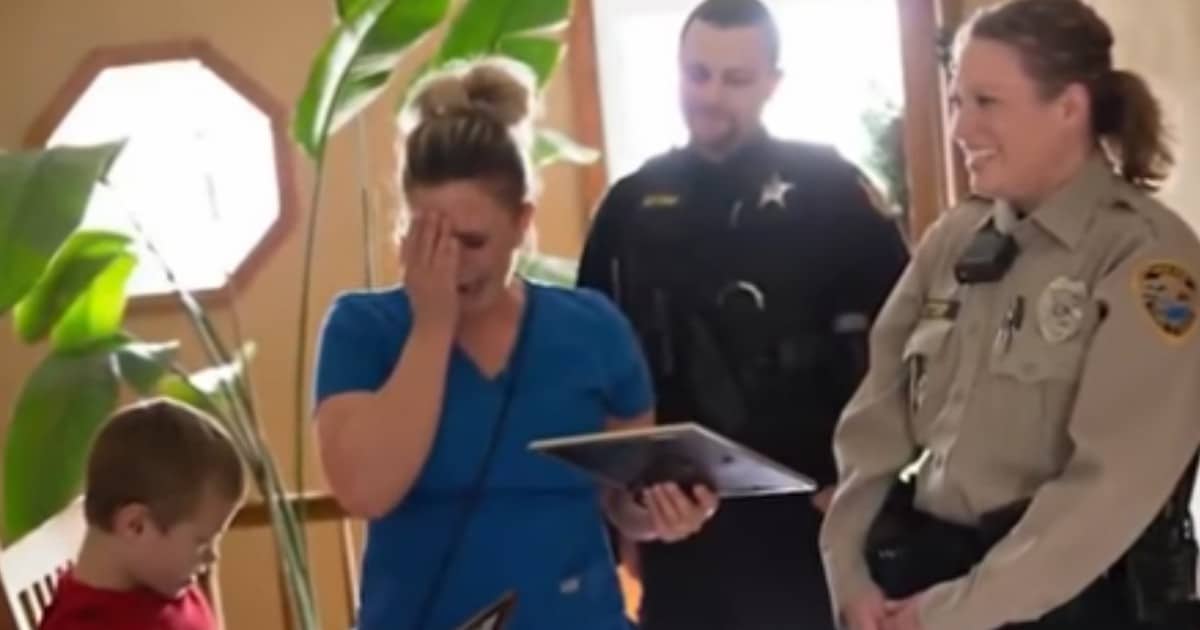 There can never been enough said about the selflessness of our men and women in uniform.

Our police officers daily put their lives on the line to protect our cities. They make the choice to put on that uniform, knowing full well there are people out there who want to kill them.

Despite the dangers — and the unjustified hate by many — they continue to protect and serve our communities. They are often called the thin blue line between us and chaos.

We regularly report on stories that highlight the bravery and sacrifice of our law enforcement agents. But it’s more than just working in the line of duty. On a regular basis we hear about cops that go above and beyond what’s required of them.

They reach out and help their neighbors in ways nobody asked of them. Yet they do it happily, because that’s the kind of people they are.

Such was the case of a police woman in Janesville, Wisconsin.

When police officer Lindsey Bittorf came to the door earlier this month, 8-year-old Jackson Arneson saw her light brown shirt with U.S. flag emblem and mistook her for a Boy Scout.

He did not know the stranger who came to save his life.

“I have an early Mother’s Day gift for you,” Lindsey told Kristi Goll, Jackson’s mom.

Then Lindsey handed Kristi and Jackson creatively framed messages saying that she would donate a kidney to young Jackson.

For months, the Janesville mother had worried whether a suitable kidney donor would be found for her third-grade son.

At one point, Kristi was so discouraged she almost gave up hope.

Then Lindsey appeared, and Kristi could do nothing but weep.

There is nothing more painful for a parent than watching their children suffer. Yet it is even worse when they do not have the power to help them. That’s what Kristi was experiencing, because she could not find a kidney for her young boy.

Lindsey Bittorf heard about Jackson thanks to social media. Even though she didn’t know the family personally, she wanted to take the test to see if she was a match.

It’s an incredible gift, one that she offered voluntarily.

The surgery will happen this summer. The officer will be taking two months, unpaid leave to do it. But the joy of knowing that young boy will live is worth it.

Be sure to share this inspiring story with someone you know.