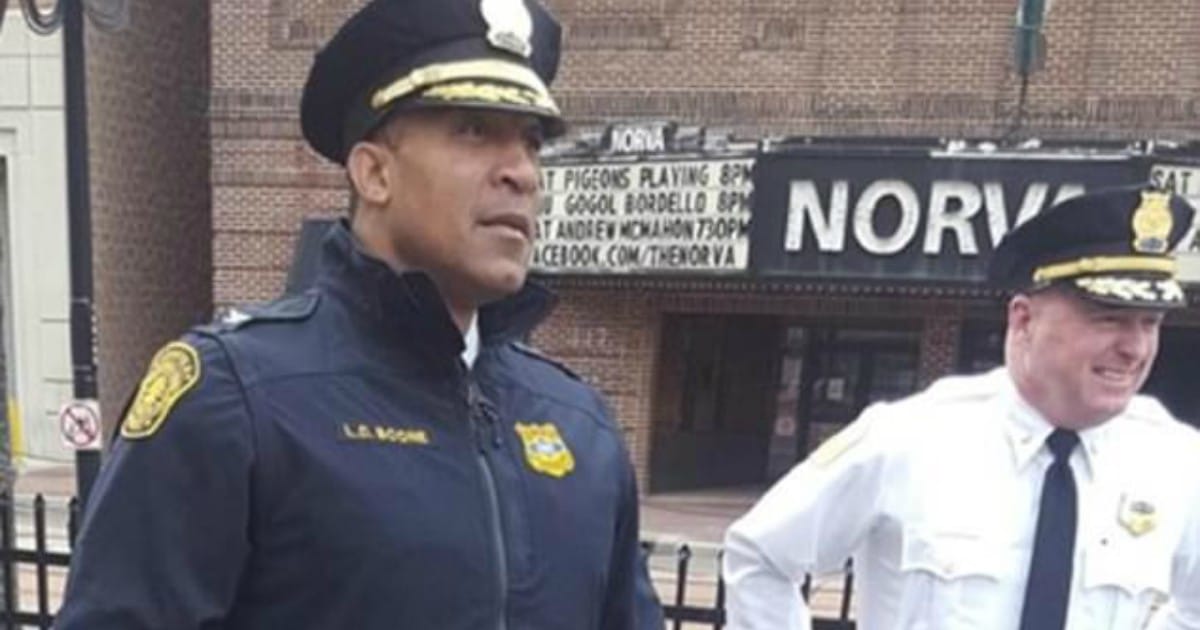 Once upon a time, our brave men in blue were tasked with keep citizens safe from the deluge of crime that aimed to sweep over their cities.

They were called “The thin blue line,” that barrier of justice that prevented chaos and mayhem from destroying our society.

Police officers were highly trained and equipped to confront some of society’s most vile and depraved criminals.

They put themselves in danger everyday in order so that we — the general public — could feel safe when we went to work or sent our kids off to school.


Often officers would make the highest sacrifice, their very lives, to ensure the innocent would survive.

Yet today, thanks to the toxic ideology to “progressive” leftist, even this proud institution has been polluted by nonsense.

Worse yet, liberals’ intentions not only waste our time and distract from real issues, they actually put us in harm’s way.

How else could you describe the stupidity coming out of Virginia? 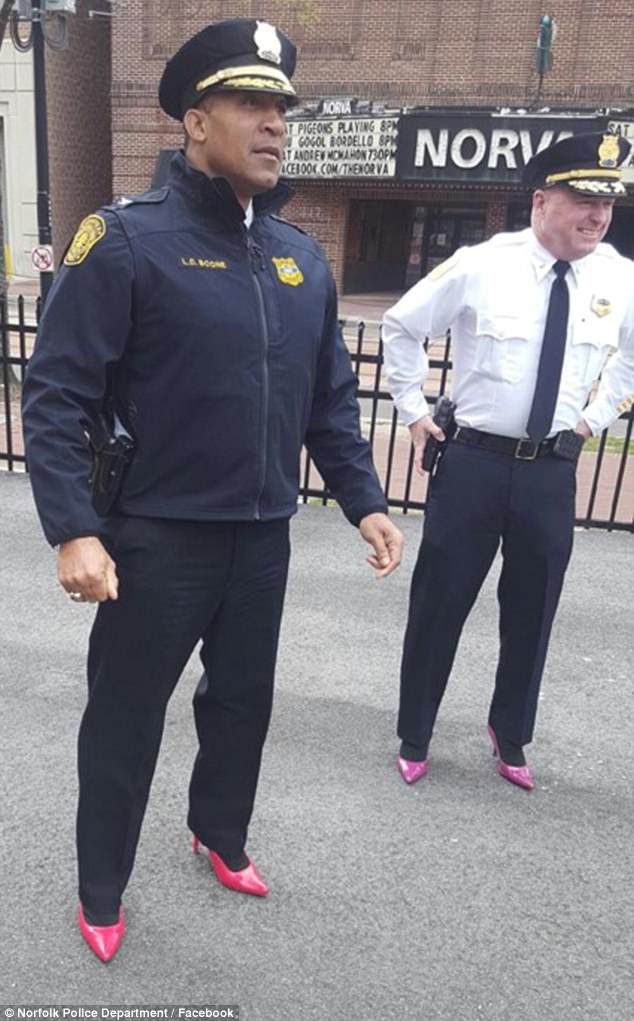 Police officers from Norfolk, Virginia went on patrol strutting their stuff in a pair of pink heels.

It was all for a good cause, however. Chief L. Boone and Deputy Chief J. Clark sported the bright crimson and magenta heels to bring awareness to sexual assault, rape and gender violence.

The officers are part of a number of men across the country who have been wearing heels (in public!) in honor of the annual Walk a Mile in Her Shoes event.

Walk a Mile in Her Shoes asks men to literally walk one mile in women’s high-heels  as a playful opportunity for men to raise awareness of sexual assault in their community.

Raise awareness to sexual assault and rape? Who doesn’t know about these things? And, I’m sorry, gender violence? 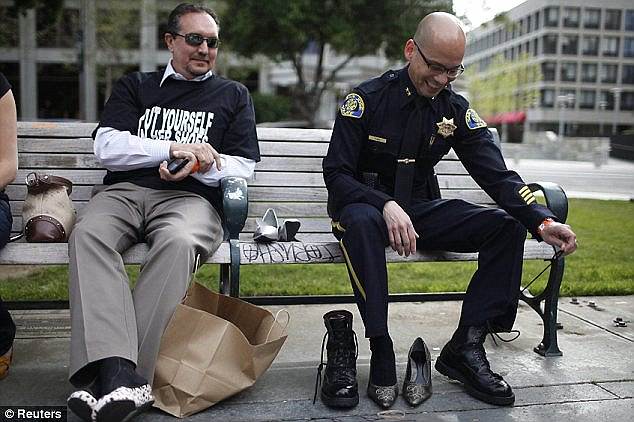 Aren’t men victims of violent crime all the time? Young boys are victims of sexual assault too, far too many. Yet this stupid movement is only concerned when women are the victims.

But I’d like to see these idiots in high heels try to respond to a crime in progress. I doubt they can walk comfortably in those, let alone run down a fleeing criminal.

And why high heels? I guess the feminists behind this movement refuse to acknowledge that women can wear any kind of shoes they want.

There are plenty of women who wear Chuck Taylors, Timberland’s, and sneakers, but yeah, they all wear high heels, all the time.

I guess the people behind this movement really put women in boxes, huh?

This is social justice at its most ridiculous and unrealistic. You want violent, sexual crime to end? How about letting cops do their job and catching violent criminals.

Show our society that such crimes are not tolerated and people who commit them will be punished to the fullest extent of the law. That’s a pretty powerful deterrent.

Grown men in high heels? Not so much.