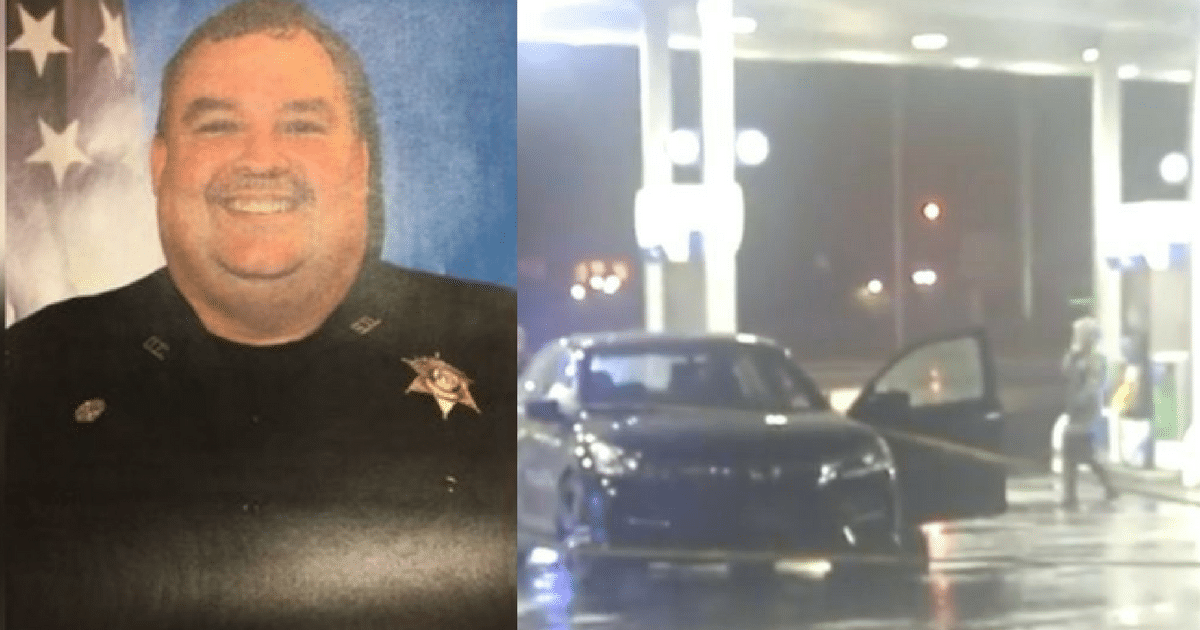 For most of us, supporting local cops means little more than being polite and voting conservative.

For a few of us, supporting cops means having their back in a fight to the death. No joke.

It’s not easy being an officer, mind you. Most of the world hates you as soon as you put on your uniform. There’s the constant threat of death or attack, usually by people you’re trying to help.

And your salary doesn’t even begin to cover most of your basic needs, much less pay for the risks you take on a daily basis.

There’s always the few people in this world that support you, though. And you’re thankful when you find them.

Especially if one of them manages to shoot the guy who is in the middle of attacking you.

Especially when that guy is reaching for you gun.

A woman carrying a firearm shot a man who assaulted a police officer in Dawson County, Georgia.

52-year-old Sgt. Randy Harkness gave a homeless man a ride to a local Chevron and planned to give him a little bit of money. However, the homeless man began physically assaulting Harkness and may have even tried to reach for his gun.

This is, of course, the point at which ‘assaulting an officer’ becomes ‘fight to the death.’ Because if he’s reaching for your gun, he plans on using it. Which means you need to use it first.

Either way, someone dies. And it didn’t look like Sgt. Harkness was going to win.

Thank God for the 2nd Amendment.

Luckily, a gun-toting woman sitting in her car at the Chevron witnessed the attack and got out of her car to shoot at the suspect. The sheriff’s office said she hit the homeless man at least once.

“She shot off a round. The guy got off the police officer and she shot another round and he was running that way I think, there was three shots,” said the owner of the gas station.

Dawson County Sheriff believes man who attacked deputy was trying to take his gun. A witness stopped the attack by shooting the suspect at least once. pic.twitter.com/1qsnrhL1D4

The assailant is finally in custody, after fleeing to a McDonald’s, punching a woman in the face, and trying to take her car. The McDonald’s patrons didn’t take kindly to that, and teamed up to take the assailant down.

I imagine his bullet wound didn’t help his chances.

Given the constant lib attacks on gun ownership, and cops, it’s nice when the two causes help each other.

#UPDATE–Dawson Co. Sheriff's Office tells 11Alive that Sgt. Randy Harkness is doing well today after he was attacked by a man he tried to help yesterday along GA400. Good news! #11AliveNews pic.twitter.com/heWQwoyOAO

It doesn’t get much better than saving cops.