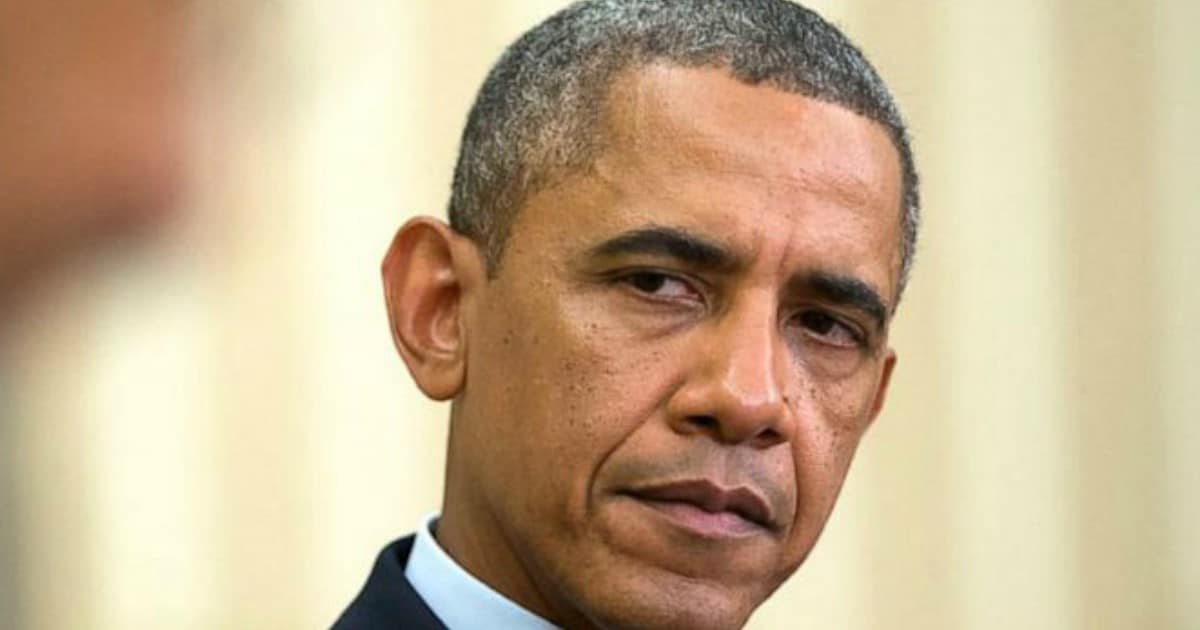 We knew that the democrats hated Trump and sought to destroy him. We just never knew the kind of depths they’d go to try and make that happen.

Make no mistake: the historic victory of Donald Trump to the White House has altered the course of American history forever.

Not only has he upset decades of insider Washington games, but his victory shook the strangle hold democrats and liberal polices had on our country.

President Trump has and is continuing to undo the toxic plans that Obama and other liberal leaders set into motion years ago.

[playbuzz-item url=”//www.playbuzz.com/patriotjournal10/should-that-cnn-news-anchor-be-fired-for-comparing-obama-to-jesus-christ”]
Trump’s cunning leadership and determination will bring an end to many terrible practices, from allowing illegal immigration to perhaps abortion itself.

So utterly defeated and embarrassed by Trump’s win, the democrats have stooped to many schemes to undermine him.

They’ve all have failed, because they were based on petty lies and slander. Though there have been some causalities and gross violations of our laws.

When Nation Security Advisor Mike Flynn was “exposed” for talking to Russian officials (which turned out to be a function of his job and nothing scandalous) it proved that someone connected to the White House was leaking sensitive details to the press.

Later President Trump famously tweeted that Obama had wiretapped his campaign. The liberal media balked at Trump, once again claiming his legitimate concerns were overblown.

Until Rep. Nunes blew the lid of the entire thing, providing evidence that Trump was spied on, for a long time.

Now we know the very name of the person who unmasked Flynn and other people within Trump’s team and leaked those details to the press: former National Security Adviser Susan Rice. 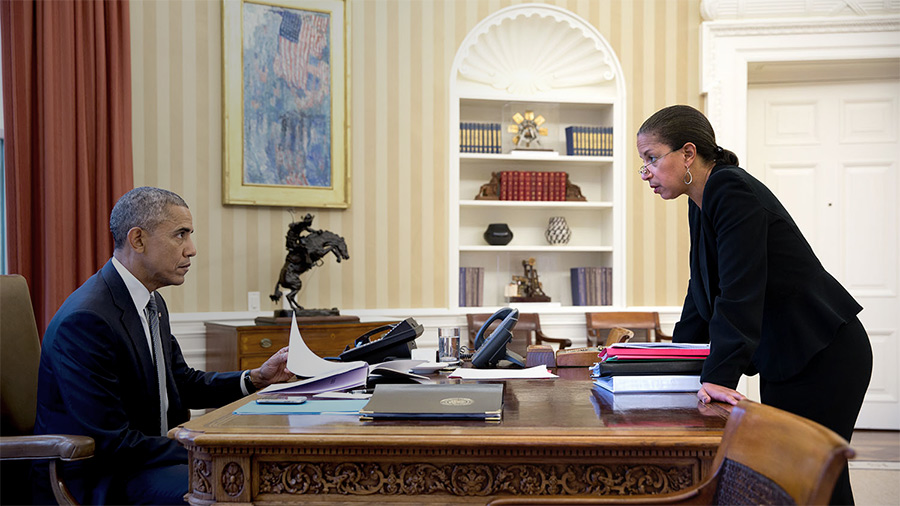 Barack Obama’s former National Security Adviser Susan Rice is being named as the high-level official who illegally unmasked Donald Trump’s transition team’s names, confirming that Trump was spied on and that Obama’s administration was behind it all…

“Unmasking” is the process of identifying individuals whose communications were caught in the dragnet of intelligence gathering.

The names of Americans should never be unmasked and leaked to the press as unmasking names is a felony, but that is exactly what happened to Gen. Michael Flynn.

Nunes rushed over to the White House when it became clear that Trump and his team were spied on and then unmasked illegally.

Why is “unmasking” illegal? Because under the Fourth Amendment, the government cannot legally monitor an American’s documents or communications without a warrant.

But an American’s communications might be caught within a government investigation into foreign activity. In order to skirt the law and protect the American citizen, their names are kept hidden or masked.

It’s clear that Rice deliberately revealed the names of Flynn and potentially other Trump officials, leaking details to the press, in the hopes of stirring up trouble for the new administration. No dirt or evidence of wrongdoing has been exposed in all these leaks; but it has given the press reason to spew fake news and controversy in order to slander President Trump.

It’s very possible that Rice can face prosecution for her behavior, but so can the person who tasked her with doing this.

The other strange coincidence in all of this is where in the hell is Barack Obama right now? We know he left the United States about two weeks ago for the South Pacific, and he went alone.

Ed Klein, who is famous for his insider information on Hillary Clinton and Barack Obama, reported on March 28th, “Barack Obama staged a mutiny against his party by refusing entreaties to lead the ‘Resistance’ to Donald Trump, he flew to a luxury resort on Brando’s island to evade the partisan clashes in Washington.”

Isn’t it strange that Obama, after setting up Organizing for Action and laying plans to thwart Donald Trump at every turn, all of the sudden decided to leave the United States?

As Klein says, it looked like a mutiny against his party to just abandon them when Obama was working so hard to protect his legacy, and to do that, he would need to be in Washington, D.C.

Be assured that the democrats’ schemes against Trump will continue to fail. During and especially after the election, they have tried to undermine Trump and his supporters, yet here we are continuing the work.

Trump will not be thwarted by the left’s plans, because they are rooted in lies and deceit.

Will Rice be held accountable for her actions? Will President Obama be forced to acknowledge his questionable leadership in the months leading to the Inauguration of Trump?

We’ll just have to find out.