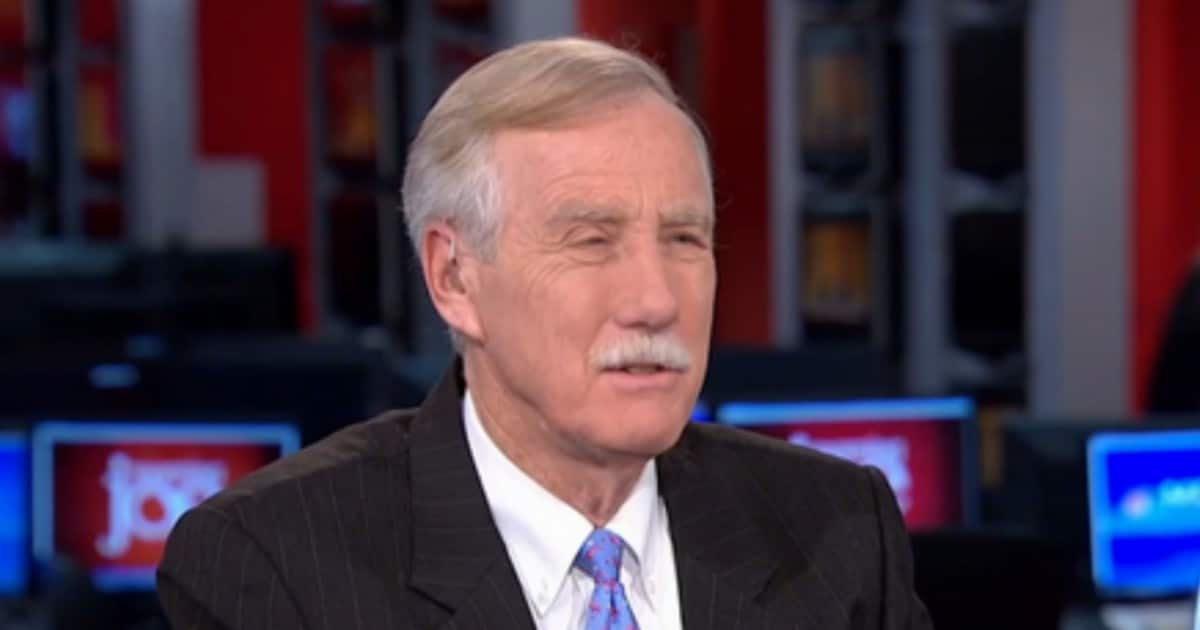 It’s no secret that Democrats don’t have their priorities straight – but this is too much even for them.

Libs, mind you, have a habit of making mountains out of molehills. Or sometimes mountains out of nothing at all. If a minority student doesn’t advance in school? It’s racism. If college students are offended by a speech? Riot.

If a few random hackers try to mess with American voting booths? It’s definitely the worst attack on America since 9/11.

That’s right – the worst since 9/11. That’s how skewed the lib worldview is. Trump being president is as bad as an event in which 3,000 people died.

I don’t even have the words for this.

The Daily Caller has the video:

Independent Senator Angus King claimed that Russian election interference is the worst attack on the United States since the terrorist attacks on September 11.

He got angry and compared Russian hacking to terrorism.

“This is the most serious attack on the United States since September 11,” King claimed, “and the chief law enforcement officer didn’t seem very interested in it.”

King was, of course, on MSNBC, where he isn’t likely to get any real challenges to his absurd claims. Try saying something like that at Fox, and watch what happens.

But the more disturbing part of King’s claim is this – he didn’t seem aware that his comparison would even get pushback. Which means he genuinely believes it.

So a few things should be noted:

First, the ‘Russian hacking’ theory has been extensively debunked. Even Julian Assange, founder of Wikileaks, has come out and said, bluntly, that Russia wasn’t his source for the Hillary Clinton emails.

Second, the kind of paranoia and conspiracy-laden thinking that the Democrats are now promoting is damaging the country. Half of US citizens don’t even trust Trump to run the country, simply because they’re worried about hackers. And third, let’s make clear how comparisons work: no matter what you’re comparing, if people have died in one example, and not in the other example, then, to be clear, the two situations aren’t comparable.

No one died in the election. Therefore, it is nothing like 9/11.