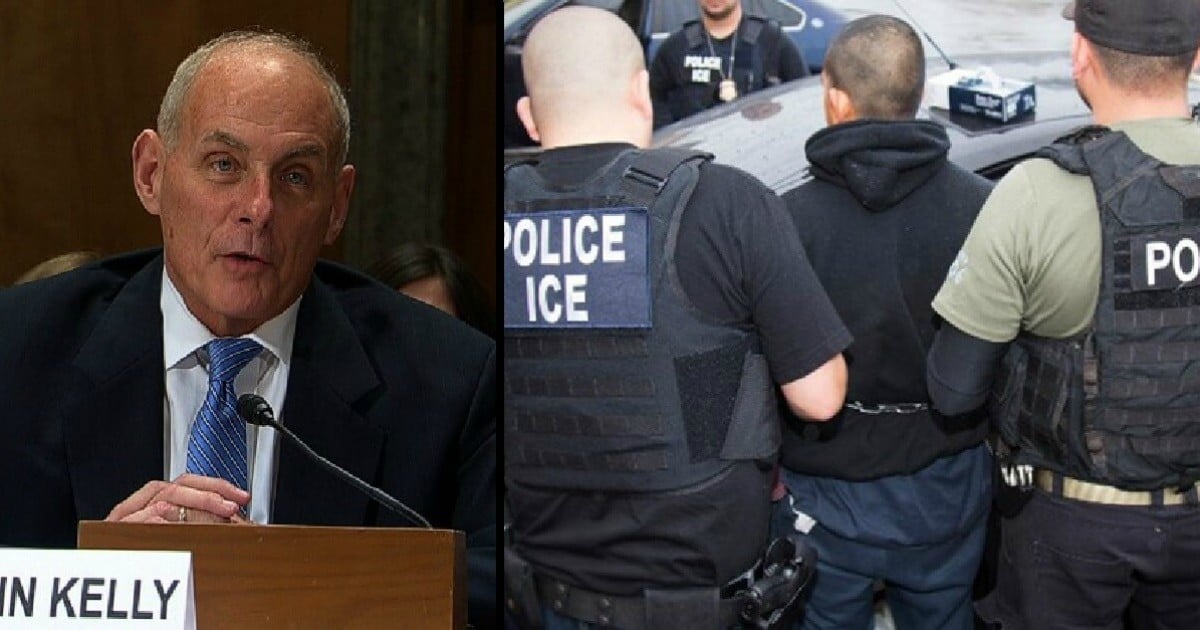 Trump has been making illegals and liberals very angry lately. But his latest move has them running for cover.

The Commander in Chief has been making good on his promises to clean up our dead and broken immigration system. He’s building a wall, as he promised. He’s fighting – and beating – sanctuary cities, as he promised. And he’s well within the bounds of the law and justice, so there’s not a thing liberals can do about it.

In response, the American left has stuck their heads in the sand, refusing to see the evidence and understand what a huge problem we have on our hands.

Luckily, though, they can’t well do that anymore. Because now the government is keeping track of immigrant crime, and the reports will be available for everyone to see.

The Department of Homeland Security will officially announce Wednesday the opening of an office that will provide quarterly reports studying the effects of illegal immigrant crime.

President Donald Trump called for the establishment of the Victims of Illegal Immigrant Crime Engagement Office (VOICE) in a January executive order pertaining to illegal immigration.

The office’s main stated purpose is to serve as a liaison between Immigration and Customs Enforcement and victims and the family of victims of crimes committed by illegal immigrants.

Before I flesh any of this out, I should mention one thing: Trump, and Trump alone, is the only president in recent history to acknowledge, comfort, and protect the families of Americans killed by illegals.

Every other politician has ignored them. Trump has not.

The bombshell of the announcement, though, is this part:

In his executive order establishing VOICE, Trump also stated that the office will “provide quarterly reports studying the effects of the victimization by criminal aliens present in the United States.”

In short, Trump’s government will be watching illegals closely, and keeping tabs on every crime they commit. And no American will ever be able to pretend the problem isn’t real.

Trump’s order is a sharp departure from Obama’s policies, which protected illegals at the expense of Americans.

[Homeland Security Secretary John] Kelly ended the extension of certain Privacy Act protections to illegal immigrants so that these victims and their families can receive information about illegal immigrant offenders.

After all, if you’re hurt by an American, you have the right to know who he was. Why in the world wouldn’t the same go for an illegal?

Kudos to Trump for fighting the good fight.