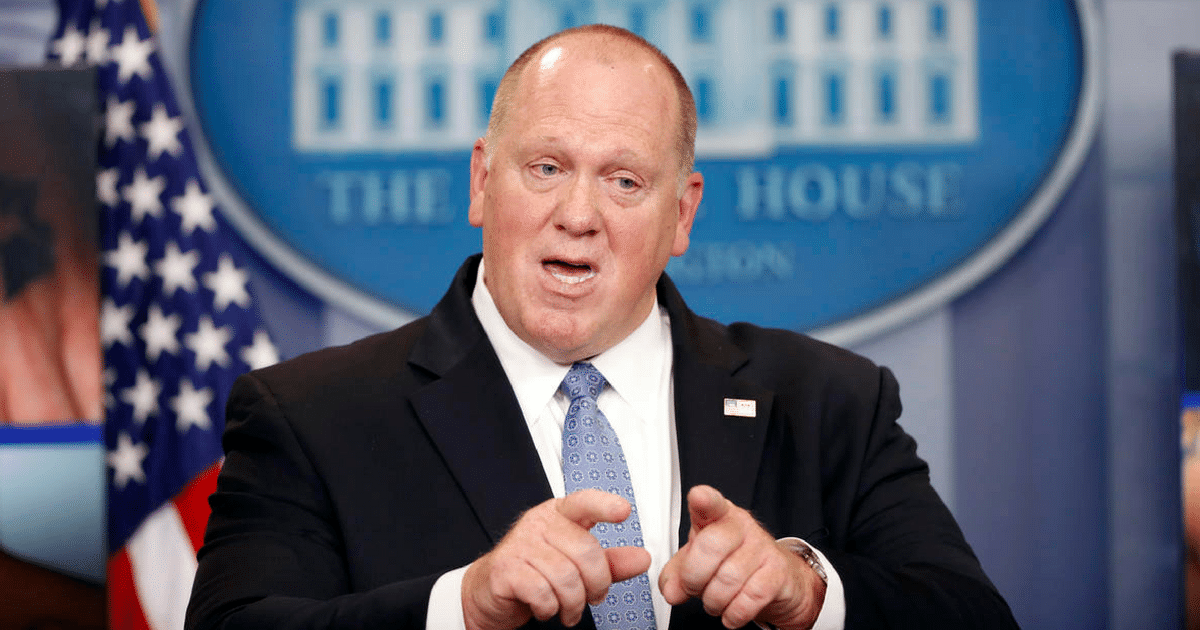 Trump’s policies are working. And we now have statistical proof.

Mind you, we’ve had proof for quite some time – jobs are up. The stock market is up. Overall confidence in the American economy is up. It’s all still going up, up, up.

And that’s just the economic news. Given that the doom posed by North Korea still hasn’t happened, it’s safe to say that the president’s strategy of confronting the dictator head-on is exactly the right thing to do. ISIS is shrinking. Terror attacks are fewer.

But the most impressive thing that’s gone down? Border crossings.

They’re at a 45 year low. I guess that’s what happens when you let ICE do its job.

.@wwwCISorg: Tom Homan is the Right Person at the Right Time to Run @ICEgov https://t.co/aWAXFOnJFK

Homan appeared on Fox News and reported the impact of an aggressive border security/immigration enforcement policy.

“Under this president, who’s now letting us do our job and taking the handcuffs off the men and women of the Border Patrol and ICE, arrests are up,” Homan told Sandra Smith on Fox News.

Take the handcuffs off ICE, so they can use them on the crossings. Simple.

Fact is, ICE agents have been wanting this sort of freedom for no less than eight years. It’s only when they got it that they finally had some success to show the nation. It’s cut and dry, plain and simple – if you want law enforcement to work, you have to get out of their way.

“The overall removals are down because the Border Patrol has reported a 45-year low in illegal border crossings.”

I don’t know that I can make it any simpler.

Trump, of course, knew this would happen. It’s right in line with his pattern of hiring good people, getting them out of their way, and letting them do their jobs.

Or, in this case, letting them make their arrests. Because if you do that, there’s a good chance that fewer people will cross the border, and risk being arrested.

Don’t look to the MSM for this information. It’s more evidence of Trump’s success.