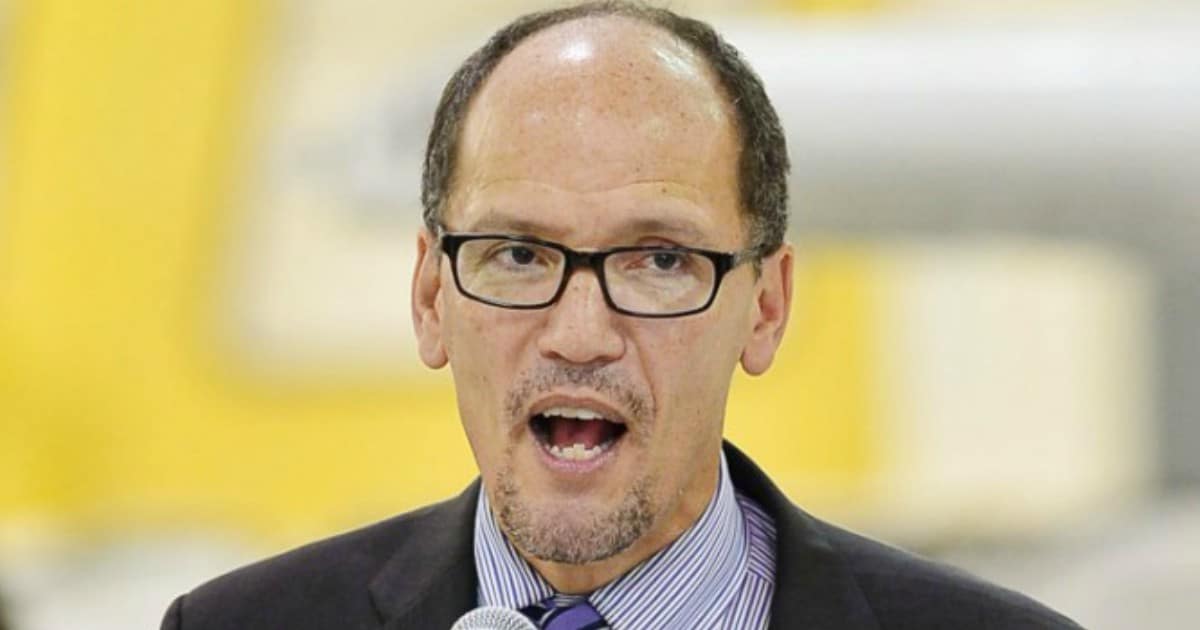 The Democratic Party is in shambles. And they know it, too.

Democrats have blamed everyone under the sun for Hillary’s historic failure – Wikileaks, Russian hackers, or any number of other fake reasons.

Every reason, of course, except Hillary herself. No matter what you might think about the American people, it’s really hard to convince them to elect a criminal.


Given the failure of the Democrats to win practically anything this election season, it’s a safe bet that no one there really knows how to get anything done. How do we know he’s taken notice? Simple. He’s fired everybody.

Newly elected Democratic National Committee Chairman Tom Perez is planning a complete reorganization of the organization. Every employee has been asked to submit a resignation by April 15th.

If those names sound familiar, it’s probably because they were both smack in the middle of favoritism and corruption scandals in the Democratic Party.

Brazile, if you recall, leaked questions from a town hall to the Clinton camp well ahead of the actual town hall.

The questions are supposed to be unknown until they’re heard by the presidential candidates. Giving them to a candidate in advance is what we call ‘cheating’ in real-world America.

(Although I’m honestly not sure what they call it in Clinton’s America. I think it’s ‘bread and butter.’)

But it’s Wasserman-Schulz who took the cake last year. She was fired after leaked emails showed her giving favoritism to – you guessed it – Hillary Clinton over Bernie Sanders.

Which means, in a nutshell, that Tom Perez is the first head of the committee that isn’t notoriously corrupt.

Or, at least, he’s the first head of the committee whose corruption hasn’t yet been discovered.

But it’s obvious that he doesn’t have faith in the incorruptibility of everyone left. Because they’ve all been fired. Which, to be fair, is clearly a step in the right direction.

Now if he’d only just not hire anyone new, he’d be doing America and the rest of the world a huge favor.