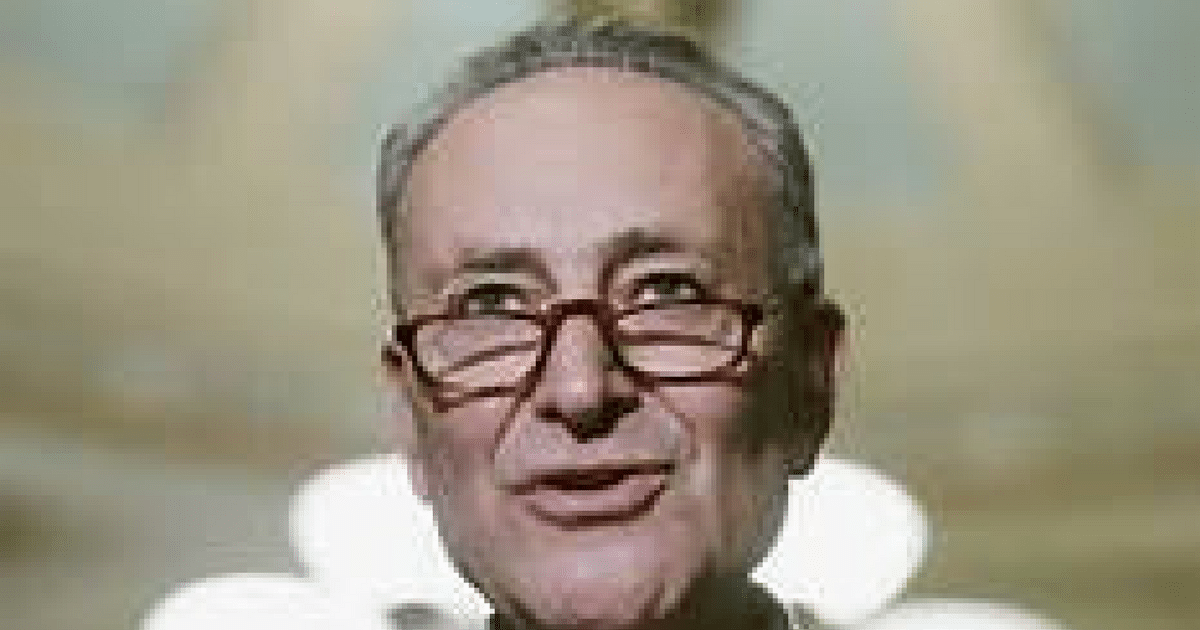 On Wednesday, President Donald Trump delivered his much-anticipated announcement on the recognition of Jerusalem as the capital of Israel.

Like clockwork, the Left and mainstream press went into attack mode. The tried and true formula of presenting it as a haphazard decision made by an unhinged leader was in full effect. As usual, several key points were absent in the Trump-bashing fest.

Most importantly, the fact that Trump was merely moving ahead with a decision that was made by previous administrations – but pushed off for someone else to deal with, like everything else – was absent in the coverage and commentary.

Laughably, Rep. Nancy Pelosi (D-CA) acted as if she was completely outraged by Trump’s announcement. She apparently forgot the fact that she had previously endorsed the move in very public fashion.

Surprisingly, one of Trump’s biggest critics is actually on board with the call.

Senate Minority Leader Chuck Schumer broke with two of his Democratic colleagues by advising President Donald Trump to declare Jerusalem the capital of Israel, a declaration that is likely to accompany the relocation of the U.S. embassy.

Trump is expected to recognize Jerusalem as the capital Wednesday, and will likely announce that he’s directed the State Department to begin the years-long process of relocating the embassy to the city.

The recommendation is in keeping with Schumer’s October statement on the issue.

“President Trump’s recent comments suggest his indecisiveness on the embassy’s relocation,” Schumer wrote in an email to The Times of Israel.

“As someone who strongly believes that Jerusalem is the undivided capital of Israel, I am calling for the US Embassy in Israel to be relocated to Jerusalem. Moving the embassy as soon as possible would appropriately commemorate the fiftieth anniversary of Jerusalem’s reunification and show the world that the US definitively acknowledges Jerusalem as Israel’s capital.”

The dynamic duo of Chuck and Nancy is typically in lockstep with their opposition on anything Trump brings to the table, so it’s somewhat surprising to see the former not singing the same tune for once.

Schumer’s not completely on an island with his support of the decision, but it does place him at odds with a number of other leading Democrats.

Schumer’s endorsement of the move places him at odds with a number of high profile Democrats, including New Jersey Sen. Cory Booker, who argued the measure should be “part of a larger peace process” and California Sen. Dianne Feinstein, who called it a “terrible decision.”

In a Dec. 1 letter to Trump, Feinstein wrote that relocating the embassy from its current site in Tel Aviv would “spark violence and embolden extremists on both sides of this debate.”

While the tactics of the Left have become more transparent than ever since Trump won the election, it doesn’t make it any less concerning how irresponsible their collective behavior is.

In this case, it’s almost as if the Left is openly wishing for problems to arise from a simple procedural decision.

We get the whole disagreement with anything Trump says thing, but is there ever any kind of thought given to the consequences of treating everything like armageddon and encouraging everyone to be outraged about it?