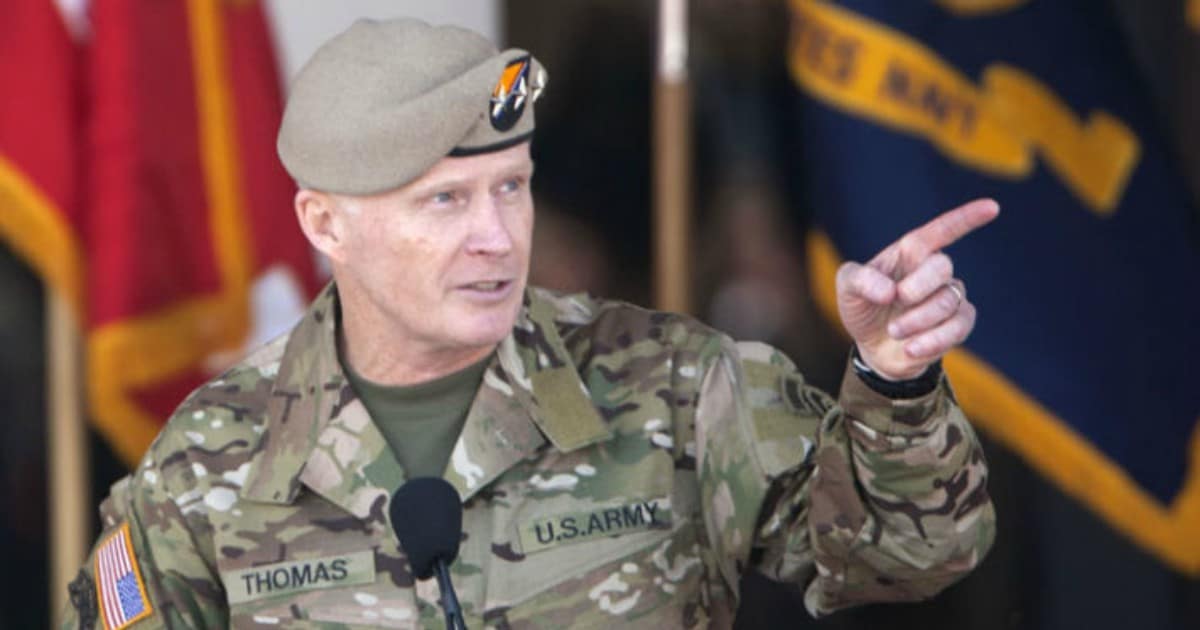 Donald Trump doesn’t like to use force, but he will if he has to.

We’ve seen this in his dealings with Syria. In nearly eight long years of civil war, the coward Barack Obama did nothing to stop the murderous Bashar Assad. It took Trump three months to stop him cold.

Public attention has shifted, for obvious reasons, to North Korea. And everyone is wondering if Trump will use military force again. Trump, of course, has to be vague – no sense telling Kim Jong-un what he’s going to do.

But other US military commanders aren’t so vague. And they’re very clear about this – we’re ready to use force.

In fact, we’re ready to take out pretty much all of North Korea.

According to Army Gen. Raymond A. Thomas, the commander of Special Operations Command, U.S. special operations forces are ready to act against North Korean nuclear, missile, and other weapons of mass destruction sites if any conflict arises. On Tuesday, Thomas told a House subcommittee that Army, Navy, and Air Force commandos are already stationed on the Korean peninsula.

General Thomas made it perfectly…well, “clear,” I guess…what he and his men were prepared to do.

“We are actively pursuing a training path to ensure readiness for the entire range of contingency operations in which [special operations forces…may play a critical role… We are looking comprehensively at our force structure and capabilities on the peninsula and across the region to maximize our support… This is my warfighting priority for planning and support.”

If you didn’t catch much of that, don’t feel bad. Armed forces jargonspeak is hard to follow if you’re not used to it.

The guys who really know how to get things done will be talking about what to do, and how. Not why.

And General Thomas is clearly ready to raid North Korea’s weapons stashes, and destroy them all.

…special forces could locate and destroy North Korean nuclear weapons and missile delivery systems, [and stop] the transfer of weapons out of the country. U.S. forces have already built scale models of some North Korean weapons facilities.

It’s one thing to talk a big game. It’s another to build a model of a target, just for practice. And you don’t practice something you don’t intend to do one day.

That day may be coming soon. But we’ll be ready.