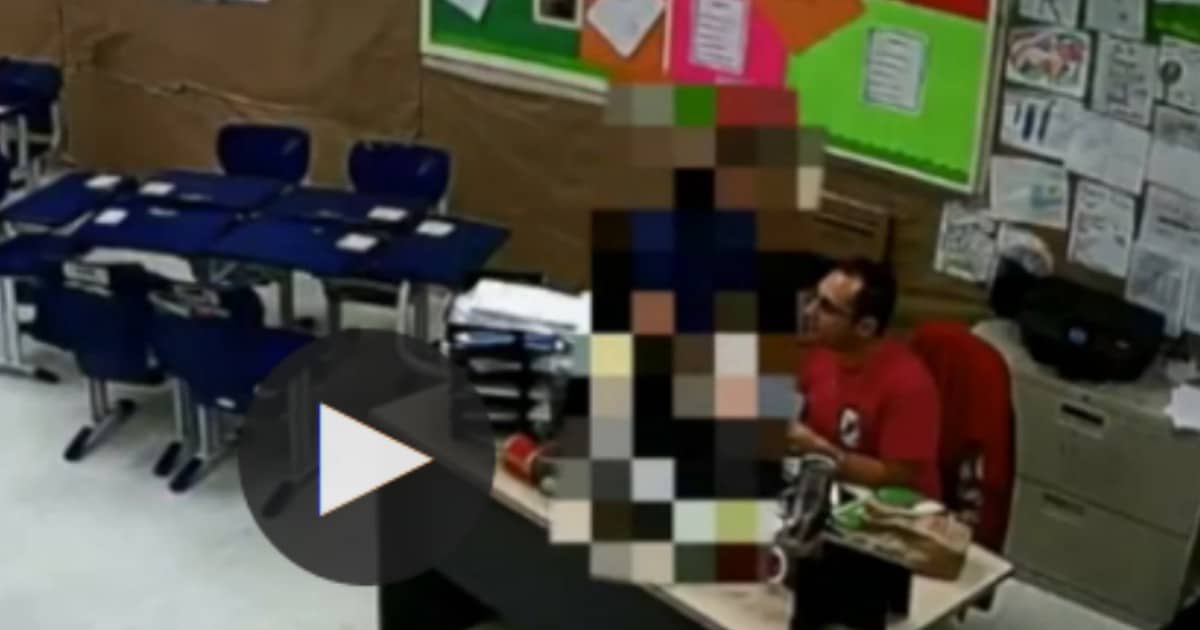 A teacher in Florida had been making some very disturbing requests – so much that the principal put a hidden camera in his room. He was caught, and fired.

He’s not going to jail, though. I wish I were making this up. His crime? He kissed a student. And was caught on camera.

And he did it by offering the student candy.

Teacher Brian Kornbluth, 28, is seen in the surveillance footage sitting at his desk as a 10-year-old male student walks over, puts an arm around his neck and kisses him.

The incident took place inside an empty classroom at Somerset Academy in Boca Raton last February, before school started for the day, police said in a statement announcing the teacher’s arrest.

“Kornbluth briefly kissed the student on the lips,” the statement said.

The catch to all this? Despite the suspicion by the principal, and the hidden camera, Kornbluth isn’t going to prison. He accepted a plea deal.

And, according to IJR, he’s still teaching.

Kornbluth was given one year of probation and was ordered to see a mental health physician.

He was also ordered to stay away from the student and has been let go by the school.

However, Kornbluth’s days as a teacher may not be over — the Orlando Sentinel writes that his record could potentially be expunged.

It’s hard to imagine this sort of thing still happening under Trump.

If you recall, Bill Clinton was a person of interest in underage sex at the estate of pedophile Jeffrey Epstein. For the Left, this can go all the way to the top.

But while the presence of Trump and Sessions at the height of law enforcement makes me feel better, the fact that Kornbluth is simply accepting a plea deal makes me uneasy.

And what makes it worse is that it’s not Kornbluth’s first time in trouble.

Detectives were later sent to investigate the situation, and when they interviewed the boy’s sister, she claimed that Kornbluth kissed her on the lips the previous year.

After the teacher was confronted, he admitted to kissing the boy but denied the girl’s claims.

Yeah…not sure if you have any credibility left.

Talk to your kids. Know who their friends are, and their babysitters, and their teachers. Forewarned is forearmed.