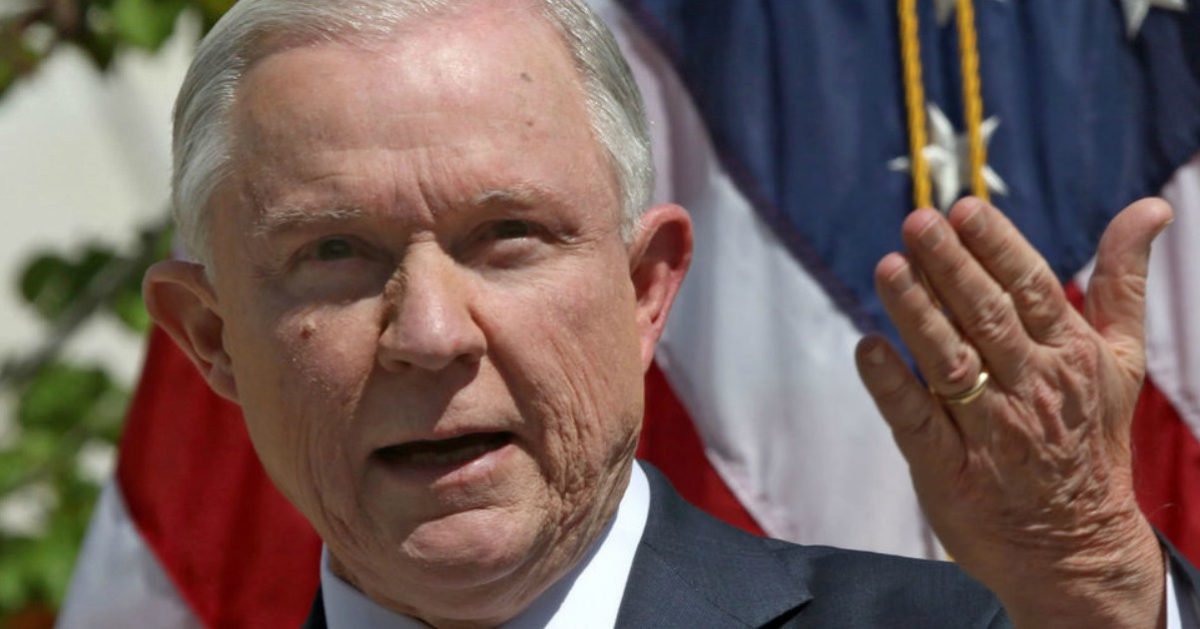 You know, there is a reason the left fought against Jeff Sessions so much.

Obama’s picks were weak and political; they viewed the office (as all of his picks did) as a chance to force social reforms onto our country — not keep us safe from criminals.

This is not the case with AG Sessions. A man who understands law and order, he will whip the Department of Justice into shape and actually do what it’s meant to do: fight crime.

[playbuzz-item url=”//www.playbuzz.com/patriotjournal10/should-america-help-pay-for-the-mexico-border-wall”]
This will certainly be the case in the areas of illegal immigration. For years the establishment in Washington has allowed the wildly out of control situation on the border.

Liberals and some conservatives have looked the other way as criminal aliens snuck into the U.S. from Mexico, convinced the growing number of illegals would help them politically.

As a result our leaders turned a blind eye to rampant murder, drug smuggling, and a wide array of sexual assault (including numerous accounts against young children).

Our country was being destroyed from the inside out by criminal aliens and our government did nothing.

But that era of irresponsibility is finally over. And Jeff Sessions is about to bring the thunder.

Attorney General Jeff Sessions toured the U.S.-Mexico border Tuesday and unveiled what he described as a new get-tough approach to immigration prosecutions under President Donald Trump.

The nation’s top law enforcement official outlined a series of changes that he said mark the start of a new push to rid American cities and the border of what he described as ‘filth’ brought on by drug cartels and criminal organizations.

The tour included visiting a port of entry, where Sessions exited an SUV in a white shirt and baseball cap before entering a restricted area…

In a three-page memo, Sessions told U.S. attorneys to prioritize immigration prosecutions by appointing a border security coordinator who can oversee investigations, keep statistics and provide legal advice and training to prosecutors.

The coordinators would meet regularly with federal immigration authorities.

We’ve talked about how shockingly aggressive drug cartels are in entering the United States. Yet under Obama, our immigration enforcement agencies and the Justice Department did very little, or were hindered from carrying out their job.

It seems liberals are unable to distinguish between lawful entry into the U.S. and criminal activity. Makes sense, they so frequently break the law themselves, they don’t know the difference.

But now we are entering an age where criminal aliens will no longer have a red carpet into the United States. Not only will enforcement under Sessions get real, but measures like the wall will encourage legitimate immigrants to enter this country legally and safely.

That’s all we’ve been asking for.