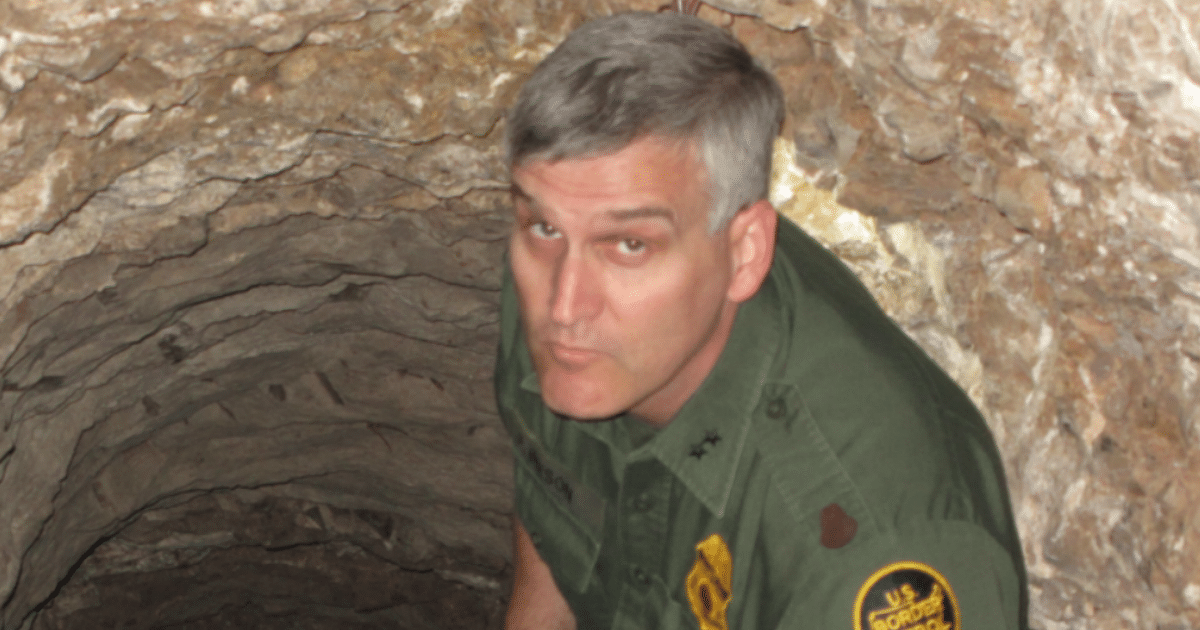 The media seems to be woefully uneducated when it comes to the dangers of our Southern border.

Or at least, they know about those dangers, but refuse to report on them to the American public.

The reason is obvious: they don’t want you to know about the flood of drugs, humans, and violence coming over our border into the United States.

Then you would possibly support our President’s efforts in stemming this tide.

The media can’t have that, so they are suppressing the truth in order to keep you blind.

However, once in a while, we learn about what’s really going on at our Mexican border. The facts about who and how they are crossing over are simply staggering.

So is the work of U.S. border patrol agents as they tirelessly work to protect us.

The Associated Press joined the Border Tunnel Entry Team, as it is formally known, inside an incomplete tunnel that was discovered in San Diego in 2009 — 70 feet deep, 3 feet wide, 2,700 feet long and equipped with a rail system, lighting and ventilation…

Authorities discovered 224 border tunnels originating in Mexico from 1990 to March 2016, including 185 that entered the United States, according to the latest U.S. Drug Enforcement Administration annual survey.

Many are shallow holes, but some are elaborately constructed with hydraulic lifts, water pumps and rail cars… Last week, it awarded a $153,000 contract to inject concrete into the U.S. part of a completed tunnel lined with cobblestone. The tunnel was discovered in October.

It ended in a San Diego warehouse 1,200 feet north of the border. The drug cartels are so sophisticated in their smuggling operations, that they have built tunnels with lighting and railcars to ship drugs and people into our country.

Our brave border patrol agents must seek out these tunnels, facing the danger of collapse, in order to map them. They must know the extent of these tunnels before they can close them off.

The left complains about the wall; they say that it won’t stop illegal immigration. They’re right. We need to do even more to protect our border.

When you consider how aggressive the illegals are in entering our country, a wall simply isn’t enough.