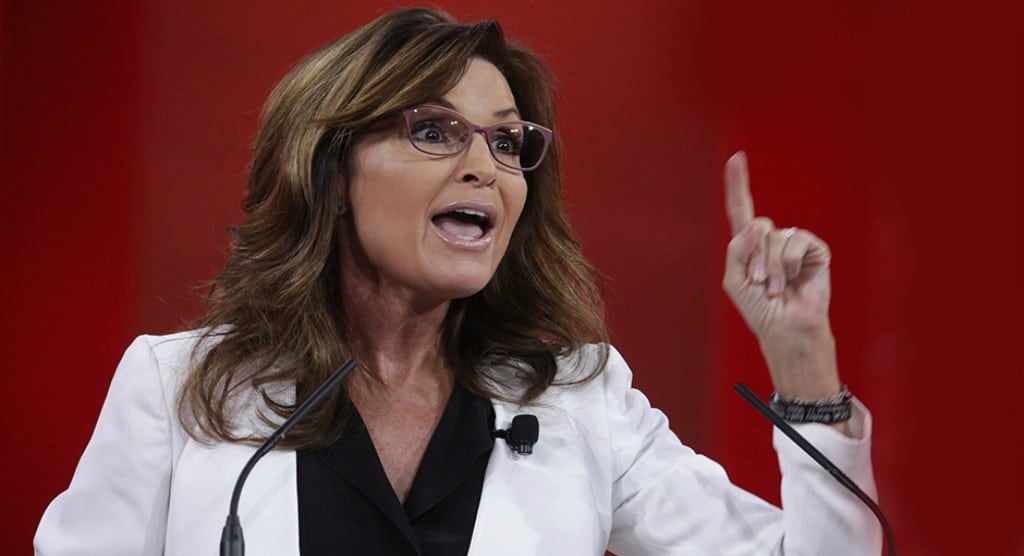 Also, on an unrelated note, the UN is pretty terrible.

Everyone with a good brain in their head should know the UN has a pesky and deadly habit of supporting terrorists, thugs, dictators, and mass murderers…pretty much anyone who enjoys using state power to kill and imprison other people. It’s been a pattern going back to nearly the very existence of the UN itself. It’s hurt true democratic and free nations, including Israel and the US, time after time.

Alaska governor Sarah Palin has given her voice and support to the growing conservative movement that is working towards completely defunding the UN. It’s a move that started a few days ago with both Trump and Texas senator Ted Cruz, who drafted the first proposal after the UN’s despicable and cowardly vote that chose to punish Israeli families building homes, while ignoring the bombs and bullets of Palestinian terrorists.

For the financial record, defunding the UN is no small thing for the US, and no small blow to the UN. Most – oh, let’s be honest. Nearly all – of the UN’s funding is from the US. It makes no sense whatsoever to prop up a useless organization that continually empowers our enemies, and continually undercuts, insults, and damages our allies. We’d save ourselves nearly eight billion dollars a year, and in return we’d get the benefit of not having to listen to useful idiots around the globe lecture the US on how terrible it is to spread democracy and freedom to communist thugs and murderers with child-soldier armies.

This is the perfect example of “bonus!” if ever there was one. Can you say, ‘intangible benefits’?

Palin’s support of this proposal also came with her typical Republican conservative logic, which, true to form, completely undercut all Democratic idiocy on the issue. In her own words: “Their defense of what they have just done, in stabbing Israel, is based on their supposed desire to see borders enforced. Since when? They never have seemed to understand the concern that we have, nor the purpose of a nation’s borders. They don’t care about America’s porous borders continuing as is.”

So, Obama…you don’t care about US borders, but you’ll betray Israel to terrorists because, all at once, you suddenly believe in their borders?

In a word…ouch. Not buying it.

Sarah’s voice is a welcome addition to the growing chorus of furious Americans at Obama’s support of the godawful institution that is the UN.

May it be destroyed in a withering bombardment of poverty.