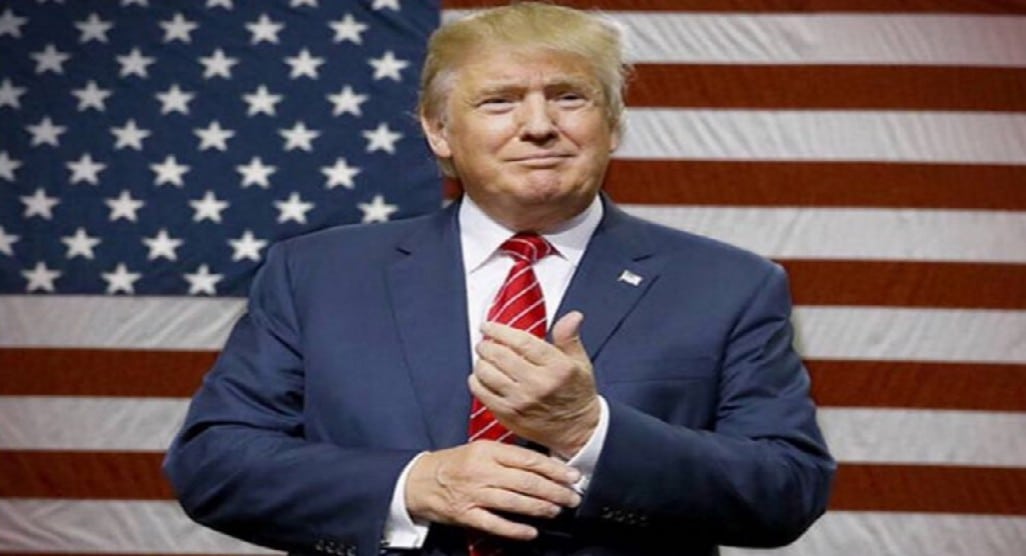 It’s a brand new year, and there isn’t a better way to start it off than with a brand new president! For those of us that have been dragged down and demoralized by Barack Obama’s far left agenda and executive actions, the change couldn’t come soon enough. Donald J. Trump is that breath of fresh air that America needs, and we need it fast.

Trump recognizes this, so he continuously tries to feed us hope until he gets into the Oval Office. A lot of that hope comes from his many tweets. With his first tweet of 2017, he was quick to wish Americans a Happy New Year! 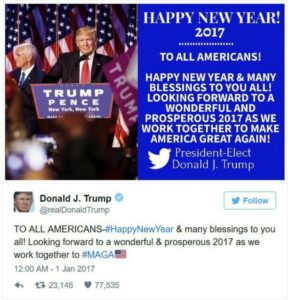 But that’s not all The Donald had to say about his the new year. He also has a pretty strong resolution.

According to Right Wing News…

When someone asked Trump about his new year’s resolutions, then of course he gave another classic line – the same one that sparked his entire campaign. Although, I must say, America is already great, but if we could just put a lid on all these whiny little gutless rat liberals, that we would be even greater!

Thanks to the last eight years of a huge downward spiral caused by Barack Obama, this is going to be a pretty tough resolution to keep. But Donald Trump is just the man to do it, and we can’t wait to see him succeed.