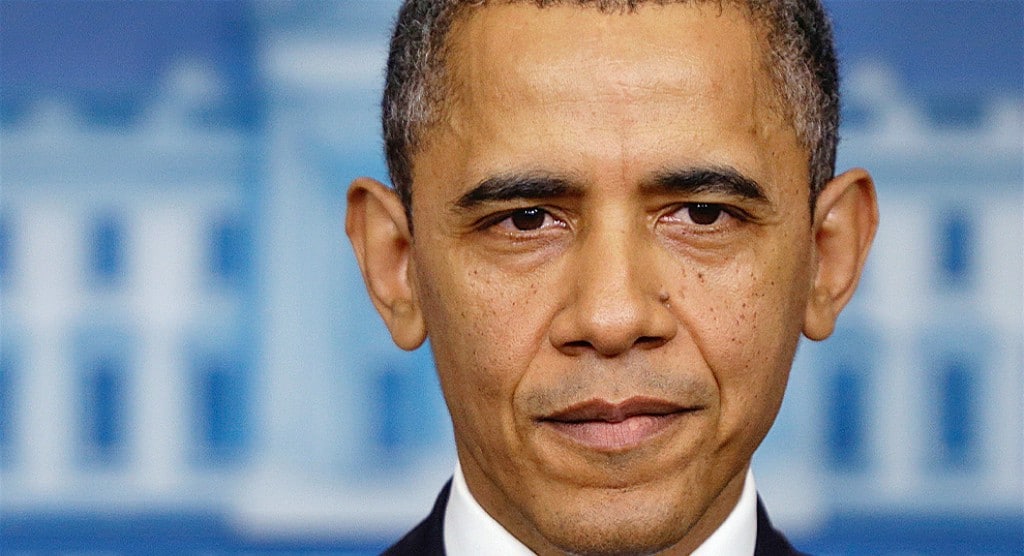 Sometimes, the truth is so absurd that I don’t even know what to say anymore.

This story is so over-the-top absurd that I don’t even know where to begin. I really don’t. I’ve broken journalistic protocol here – normally, you have to build up to a story, and not give away the twist so quickly. However, this is so idiotic that it just has to be stated outright.

And it’s for distinguished public service. Yes, you read that correctly, too.

On January 4th, Obama got the Secretary of Defense Ash Carter to award him the award, and the internet exploded. There are easily hundreds upon hundreds of jokes, burns, and awesome one-liners for this situation – by all means, keep tabs on it if you’re in the mood for some serious idiot president bashing. Twitter, as usual, led the charge, and the clear winner there was none other than Sarah Palin, who summed up the absurdity nicely: “This is what happens when you grow up thinking every kid gets a trophy.”

Calling the medal a ‘participation trophy’ might be a bit of a stretch, since, even then, we’d be saying that Obama actually did his job. But you get the point.

So, let’s sum up: a president that was too busy going on vacation while American soldiers were dying in Iraq and Afghanistan, who cared more about terrorists than he did about protecting US citizens, who took all the credit for taking down Osama Bin Laden when he did nothing himself to help, who sympathizes with thugs and imagines that they’re his children, who idolizes Saul Alinsky, who refuses to say ‘Islamic terrorism’ while putting Christians in jail, who goes after guns rather than criminals…

…who insists that genetics has nothing to do with gender, who forces nuns to pay for birth control, who burdens the sick and dying with higher premiums and health-care costs than at any other time in American history, who does nothing to combat ISIS, who weakens the military, who sneakily organizes attacks on innocent Israeli homeowners while refusing to combat Palestinian terrorists, who calls patriotic politicians ‘pigs with lipstick,’ who ruins the economy, who quadruples the national debt, who burdens American businesses with so much regulation that they can’t function – and then has the gall to say that they didn’t build it themselves, who hates this country, its people, and its freedoms…that guy, that guy just got a medal for distinguished service to his nation.

And he had to give it himself.

I must be dreaming.