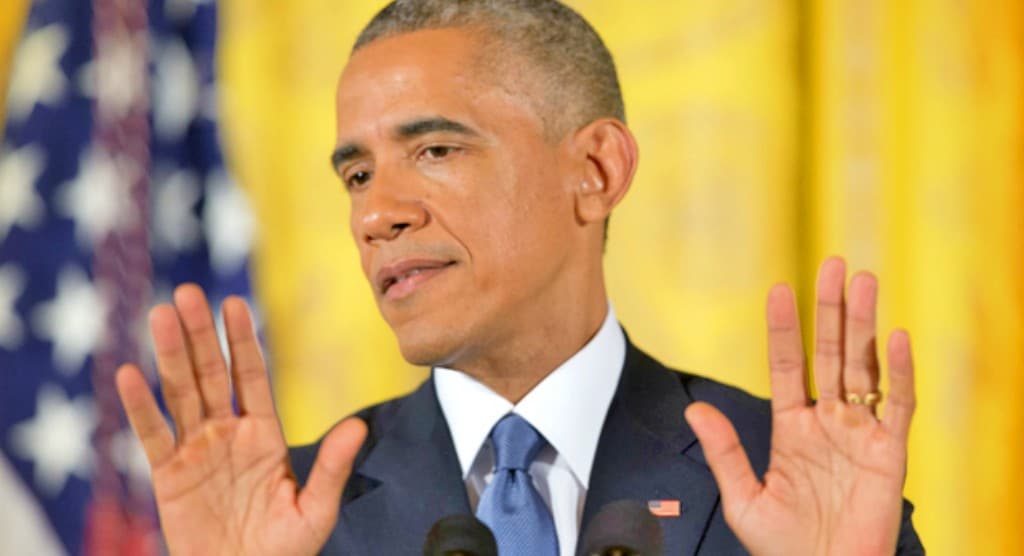 Let’s back up a bit. As bold and refreshing as Donald Trump’s twitter truth-telling is, you’d think it couldn’t be outdone. It can, and it’s a case where, for once, I’m happy to be wrong. And this time, it’s not even Trump bringing the goods.

We’re all familiar with Fox’s occasional attacks on President-elect Trump, and with Megyn Kelly’s feud in the primaries. Still, Fox does sometimes get things right, and it’s good to acknowledge that when it happens. And this is a case where they get things extraordinarily right.

So, here it is. Barack Obama’s a pussy. But don’t take my word for it. Take his:

Lt. Col. Ralph Peters is a dedicated military man, with a record of distinguished service and a reputation for telling it like it is. His response to Obama’s godawful speech, the one after the San Bernardino Islamic terror attack, deserves to be framed and placed on a wall in the Oval Office.

“He keeps speaking about ‘we can’t give into our fears.’ You know, ‘don’t be afraid.’ Look, Mr. President, we’re not afraid. We’re angry. We’re pissed off. We’re furious. We want to see you react. We want you to do something.

“You’re afraid. I mean, this guy is such a total pussy, it’s stunning.”

And…there it is. Total pussy, indeed.

I swear, it’s rare when a speech makes me squeal with glee, but this one does. Col. Peters gets so many things right here – what kind of president worries more about thugs and leftists rebelling against authority in Ferguson than about the slowly shrinking community of Christians who are being raped and killed one by one? What kind of president worries more about terrorists than about American citizens? This is the kind of behavior that makes half the country think Obama is secretly fundamentalist Muslim.

Whatever he is, good riddance. What a pussy.