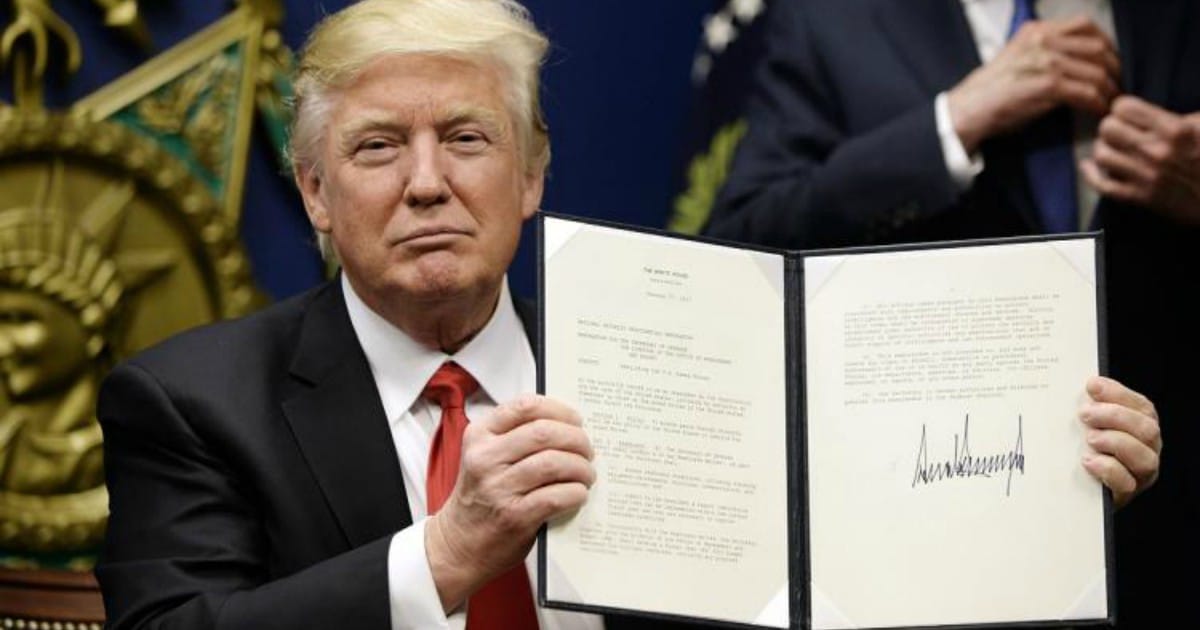 Trump was right, again. And our borders are secure, again.

Donald, being the businessman that he is, saw quickly that it was better and faster to just write a new order. You know, rather than let the old one fight its way through the liberal courts.

That was a while back. Thankfully, most liberals forgot about it. Until this week, when the new order was revealed.

And it doesn’t disappoint.

All the important parts of the original order are there – no travel for three months from any of the known terrorist nations.

But there’s one extra part that’s new, and brilliant. And it will piss the holy hell out of radical Muslims.

One brutal surprise contained in Trump’s latest order and gives Muslims a huge reason never to set foot on American soil, and of course, liberals are not too happy about it.

According to Breitbart, the new executive order, which becomes effective on March 16, makes it mandatory for the federal government to publicly release reports on crimes committed by foreign nationals, including honor killings of women.

Now, if you don’t know what an Honor Killing is, let me put it to you simply: it’s the murder of a daughter, or cousin, or wife, or any woman in your family who decides to do something disrespectful to your faith.

And for that, you’ll behead that very daughter, or cousin, or wife.

Because, you know, allah is great, or some other stupid thing.

But the truly sad thing is that none of this should be even close to controversial. ‘A group of people moving in have killed one of their own family members as part of a centuries-old misogynistic ritual? Gee, no thanks…that’s just the kind of thing I shouldn’t know.’

Said no one, ever.

The Order is already doing good around the world, too. Iraq, part of the original Executive Order, is no longer part of this one.

The Iraqi government, worried that it might not make the cut, decided to strengthen its procedures and vetting process.

Trump, it seems, forced the Iraqi government to do something right. Obama certainly never did that. Even Bush didn’t do that.

We have a truly great president.