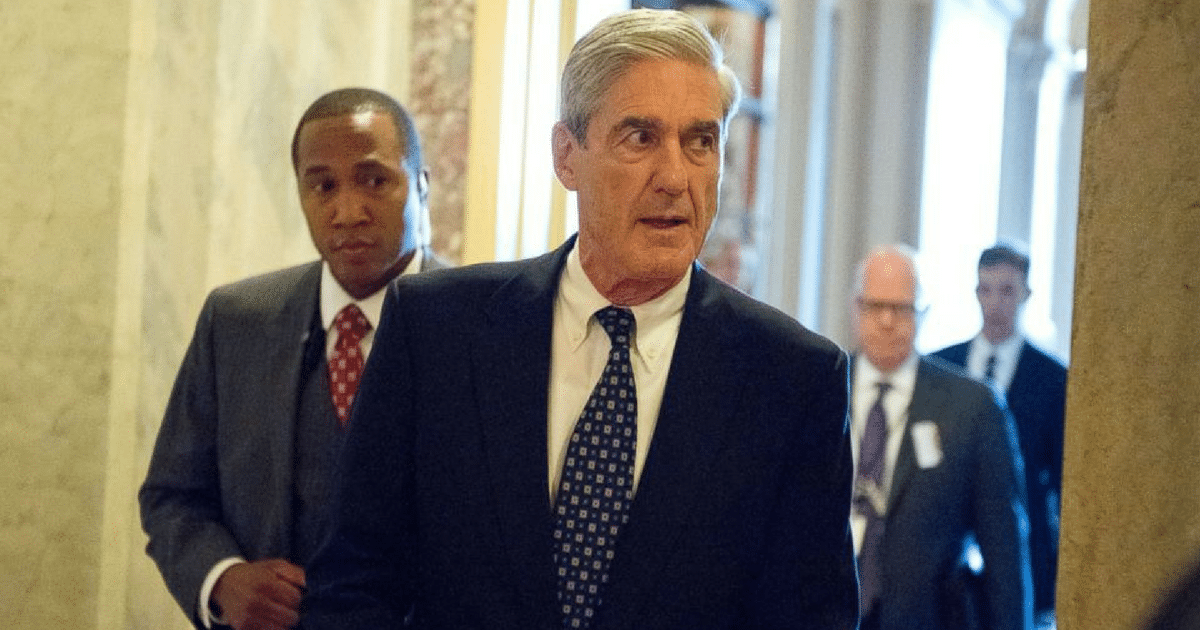 The best thing about the Russia investigation so far is this: in an attempt to dig up dirt on Trump, all the FBI has found is crimes that the Democrats have committed. It’s not going so well for the libs.

But of all those crimes, no one expected that one of them would lead back to Mueller himself.

Naturally, if you’ve been implicated in a crime, and are later put in charge of investigating crimes related to that first crime…you can’t be expected to be impartial.

It’s why several brave Republicans are introducing a bill to pull Mueller from the Russia investigation.

GOP lawmaker calls for Mueller to recuse himself over 2010 uranium deal https://t.co/KiDd3jjhI7 pic.twitter.com/cRzoG9xVzq

Three Republican congressmen introduced a resolution calling for special counsel Robert Mueller to recuse himself from the probe into Russia’s interference in the election.

Matt Gaetz, Andy Biggs, and Louie Gohmert believe Mueller should step down due to the fact that he was the FBI director when U.S. government agencies approved the sale of Uranium One.

Mueller found evidence of criminal activity while he was acting FBI director that could have been relevant to the deal but did not bring any charges, and Mueller should therefore recuse himself from the current investigation.

“These deeply troubling events took place when Mr. Mueller was the Director of the FBI. As such, his impartiality is hopelessly compromised,” Gaetz said. “He must step down immediately.”

The crimes that Mueller discovered, mind you, weren’t miniscule. In fact, they were the stuff of spy novels.

The FBI had gathered extensive evidence that the Kremlin compromised employees within an American uranium trucking firm in an effort to expand Russian access to U.S. uranium.

This was, too, before the deal was approved. And we already know about the other two troubling aspects of the deal – one, that Hillary was receiving millions in Russian payouts through the Clinton Foundation; and two, that Bill was receiving hundreds of thousands of dollars from Russia as a public speaker.

Money to one Clinton, money to another Clinton, and spies in a uranium trucking company…all before Russia buys a huge chunk of American uranium. Connecting these dots isn’t rocket science.

And Mueller connected them. And yet, he’s still investigating Donald Trump. If he wants to keep his integrity intact, he needs to step down.