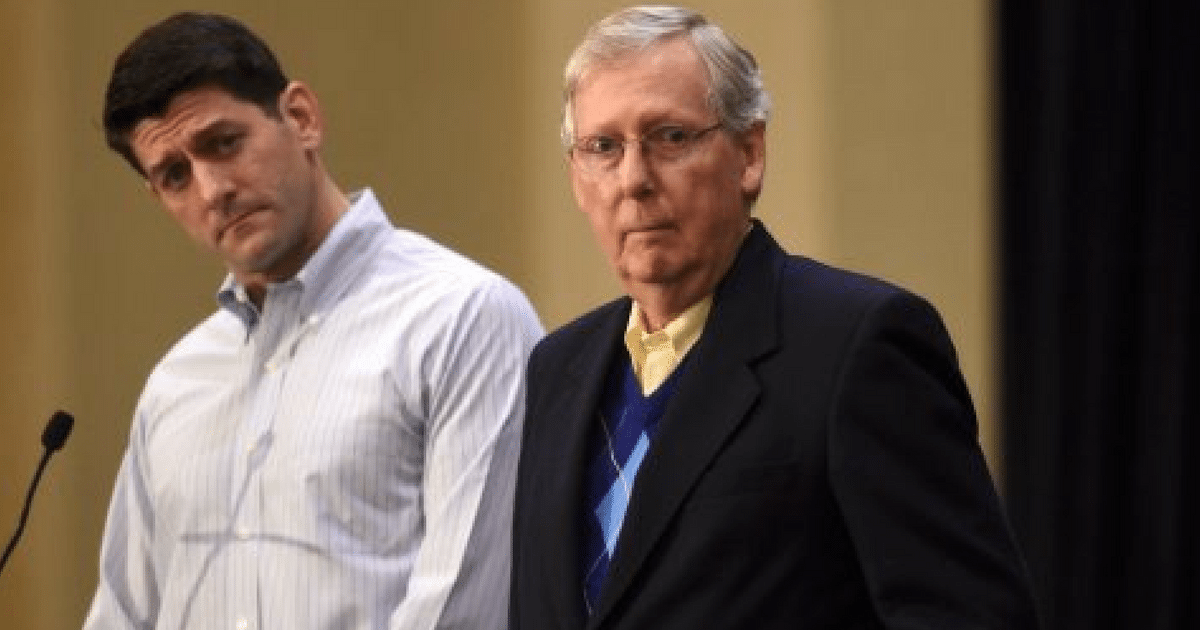 It’s not every day that someone tells you you’re terrible at your job. And for most of us, those days are few, far between, and wake-up calls to do better.

But not for leading Republicans, apparently.

It’s no secret that Mitch McConnell and Paul Ryan aren’t loyal to the President. But they’ve done their best to disguise that fact in recent months. They’ll give lip-service to loyalty, and then turn round and undermine Trump’s agenda.

Luckily for America, patriots have seen right through their act.

It’s probably why their poll numbers have plummeted.

The latest NBC/Wall Street Journal poll shows that Republicans are increasingly dissatisfied with their leaders in Congress.

Only 36 percent of Republican voters say they are satisfied with House Speaker Paul Ryan and Senate Majority Leader Mitch McConnell, while 59 percent are dissatisfied.

Now, if you’ve read anything at MyRightAmerica before, you probably know what we don’t much care for McConnell. And very much don’t care for Ryan.

Any Republican that spends his time trying to stop, rather than support, the President’s agenda isn’t much of a patriot. And Ryan’s got several black marks on his record. He’s hindered The Wall. He’s hindered Repeal and Replace.

He’s a hindrance, basically, if you want to sum it up.

But as awful as the headline ‘leader Republicans don’t support a Republican president’ might be, there’s still good news. Because American citizens, unlike their leaders in Washington, understand who the real leaders are.

Trump, however, still earns 83 percent of support from Republicans, despite his deal with Democrats on funding the government.

Huh. So Americans support the one person who is still trying to keep campaign promises? Instead of ignoring them?

Americans trust leadership over party. And if you doubt that, consider this:

Well, then. This doesn’t bode well for Republicans.

Trump is, by far, the most liked Republican by Republicans.

Fact is, Trump is the best thing to happen to Republicans in decades. And instead of getting behind him, the party’s leaders are doing their best to hurt his efforts at fixing the country.

Is it any wonder that their poll numbers are down?