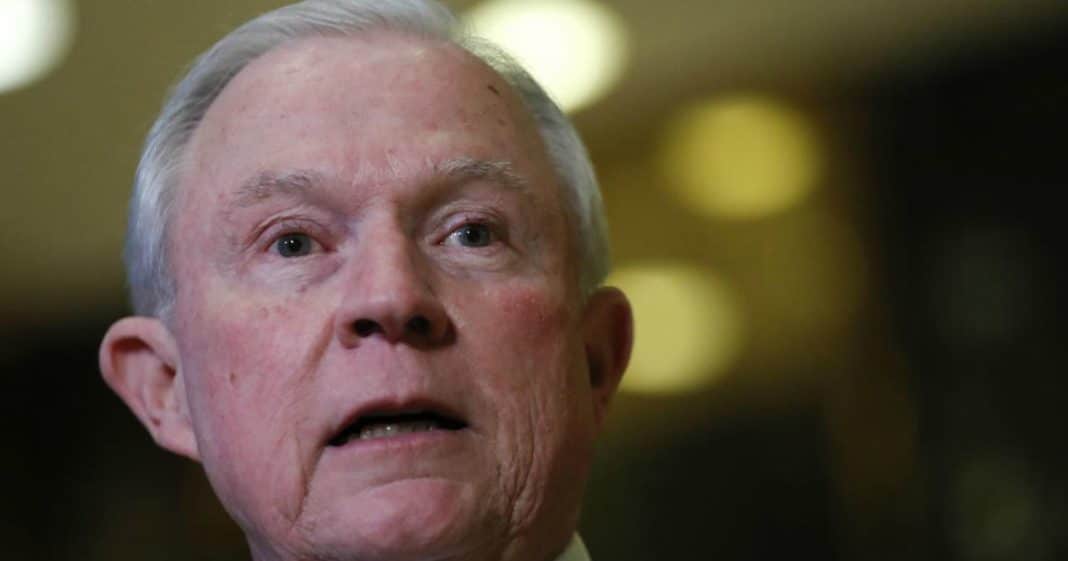 My Right America joined with dozens and dozens of other news outlets in reporting on the massive voter fraud going on during the Obama years, and even during the recent election.

It’s a problem. It’s a big problem, no matter how many liberals tell you otherwise.

The facts are simply, very, utterly clear: illegals, out-of-staters, and dead people are voting. And that shouldn’t be allowed.

[playbuzz-item url=”//www.playbuzz.com/elvinb10/should-children-of-illegal-immigrants-get-citizenship”]
And, finally, it won’t be. Thank God for Jefferson Beauregard Sessions.

Texas has been demanding the right to enforce voter ID laws for some time.

The Obama administration did its best to stop the Lone Star State, even bringing it to court and making the absurd claim that the Texas laws were racist.

(Seriously, racist…because a whole state can be racist. The Democrats are a one-trick pony, and we’re all tired of watching.)

Well, new Attorney General Jeff Sessions stopped that lawsuit in its tracks. Texas can now do just what it wants, and what it wants to do is check IDs.

Joe for America reports: the Trump administration and Attorney General Sessions just made a significant announcement on voter ID laws this past Monday.

AG Sessions announced that the federal government will no longer be part of a long running court case in opposition to a Texas Voter ID law.

Or, as the Gateway Pundit put it: “the adults are in charge now, kids.”

Voter ID laws should be common sense. But if they’re not, keep in mind the following:

–          They would have prevented any number of the cases that Jeff Sessions saw personally, as a young prosecutor in Alabama.

–          They would have prevented any number of cases of fraud that have been documented, reported, and proven in the past decades, despite what Democrats insist on telling you.

Thank goodness Jeff Sessions, and Donald Trump, are committed to ending it.

Or, in this case, committed to getting out of Texas’ way, and letting Texas handle it herself.