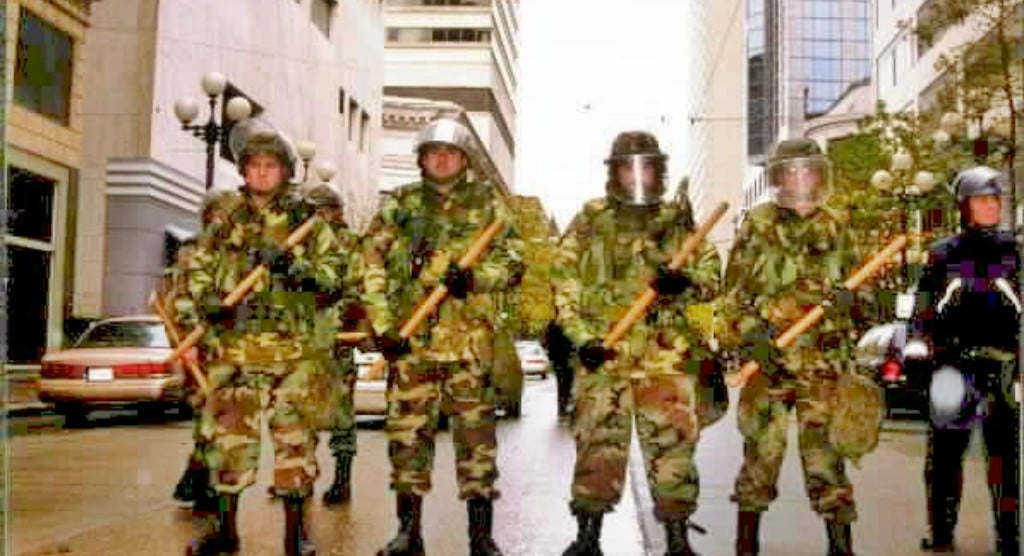 You know what conservatives really need to stop doing? Rioting in the streets, breaking other people’s property, and protesting democracy and law and order.

Confused? That’s right, I forgot – conservatives don’t do these things.

If you’ve ever wondered why Democrats and liberals never condemned the Ferguson protests, or the riots that happened every time Black Lives Matter cried about a police officer defending himself, I have an answer for you – maybe libs just like screaming. And breaking stuff. Tearing things down is a lot easier than rebuilding them, after all. That’s why they leave the rebuilding to Republicans.

Well, in the fine liberal tradition of protesting, obstructing democracy, and putting law enforcement officers in danger, ultra-liberal and media liar Michael Moore has called for another Inauguration Day protest. And it’s gotten so bad that the National Guard is being called out.

ZeroHedge reports: “in preparation for protests and/or violence, the head of the Secret Service’s District field office, Brian Ebert, said that about 3,000 police officers from outside the District, 5,000 National Guard troops and federal agents will staff buffer crowd-control barriers and bag checks.  Additionally, barriers will be in place to prevent any possible truck attack, such as the attacks in Berlin last month and in Nice, France, in July.”

The last part of this report is best – barriers are being put in place to prevent truck attacks. Because law enforcement in DC already assumes that Leftists are more likely than not to start acting like terrorists. It’s probably why so many on the left defend terrorism, whenever they can.

In addition to putting America’s finest in danger over a childish need to cry about not getting his way, Michael put together a description of Trump that would make any psychiatrist groan. “This man is slightly unhinged, if I can say that, and he’s a malignant narcissist. He’s going to be very upset if there’s a lot of people there.” Michael, you’re not describing Trump…you’re describing you. Any psychiatrist will tell you – people tend to see only themselves in other people. And all these liberals calling Trump an egomaniac are doing so because they’re egomaniacs themselves.

Stupid is as stupid does, I guess.

Moore’s protests, and the dozens of other childish protests planned for Inauguration Day, are not likely to do anything other than cause a yawn from police officers – liberals aren’t that good in an actual fight, after all, and will probably run scared the moment someone gets hit. But it’s telling that the cops are preparing for the worst – riots, terror attacks, and destruction of property.

And that should tell you all you need to know about the left.