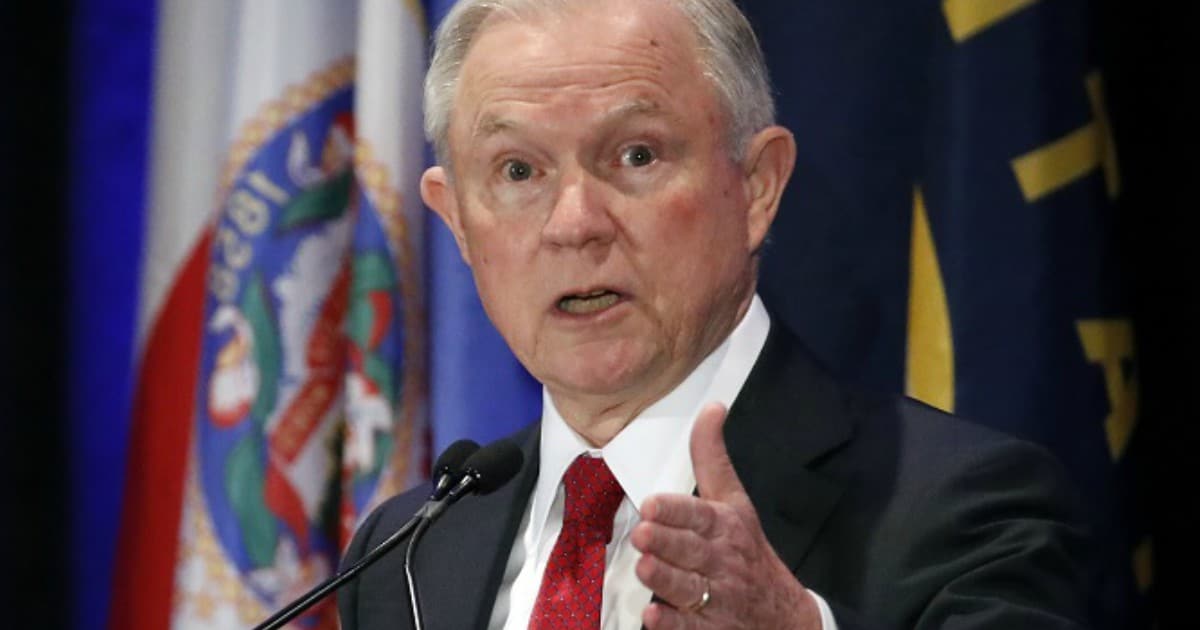 The fight against illegal immigration continues to rage.

Empty-headed liberals don’t seem to understand how their terrible practices harm our country. Under Obama, our government turned a blind eye to illegal immigration from Mexico.

Worse still, they actually helped criminal aliens by catching and releasing them into the country.

Illegal aliens were not properly prosecuted and deported. And frequently, when there were those who were actually deported, they had no trouble reentering the United States.


It’s clear that drug cartels and violent criminals have been using our Southern border to smuggle drugs, weapons, and people into America for years.

Liberal leadership did nothing, increasing the likelihood that U.S. citizens would be hurt or killed.

President Trump had made it abundantly clear that illegal immigration will become a thing of the past. Steps are already underway for the construction of his much-promised border wall, a powerful deterrent to illegal entry.

But even before that happens, our leaders are working hard to punish those that mean America harm.

Attorney General Jeff Sessions spoke from the U.S.-Mexico border in Nogales, Arizona on Tuesday, where he made it very clear that the Obama-era policies of “catch and release” were over.

Sessions indicated that major changes were coming to the Justice Department’s protocol in that they will be charging and prosecuting illegal aliens who re-enter the United States with a felony.

“When we talk about MS-13 and the cartels, what do we mean? We mean criminal organizations that turn cities and suburbs into war zones, that rape and kill innocent citizens, and who profit by smuggling poison and other human beings across our borders,” Sessions said…

Sessions added that United States Attorney’s Offices have been ordered to designate a prosecutor as their Border Security Coordinator to make the process more fluid when these new immigration enforcement policies are implemented.

“For those that continue to seek improper and illegal entry into this country, be forewarned: This is a new era. This is the Trump era,” Sessions said. “In that vein, I am also pleased to announce a series of reforms regarding immigration judges to reduce the significant backlogs in our immigration courts.”

It’s shocking to think how little Obama’s Attorney Generals did in protecting our border. Prosecuting criminal aliens is a part of the Justice Department’s duties, yet both Holder and Lynch made social justice a top priority.

Actually enforcing our laws and pursuing real justice? That was put on the back burner.

Not with our new attorney general. Jeff Sessions has hit the ground running, implementing strong measures to ensure that criminal aliens no longer have a foothold in our country.

You are now seeing why the democrats in the Senate were so opposed to his appointment to that office.

Sessions is a no-nonsense leader; a man with conviction and strength. For far too long we haven’t seen that kind of person as AG. The liberals new this and were terrified.

But they lost and now we have a Justice Department that will crack down and greatly reduce the tide of illegals entering our country.