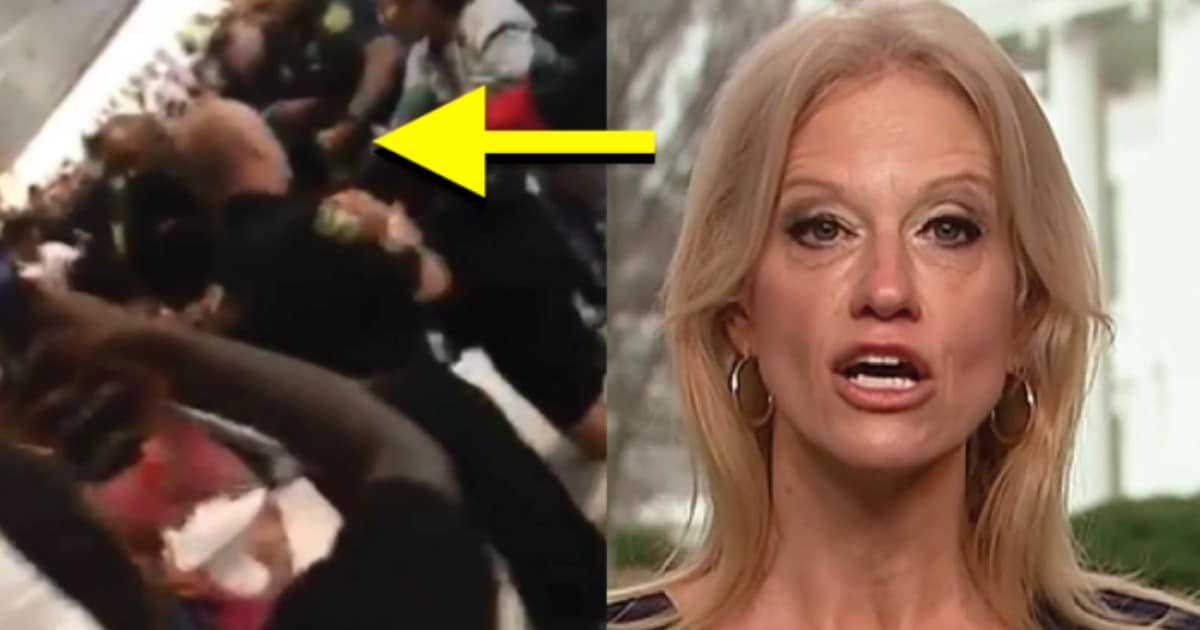 All liberals who take on Trump and his aides eventually discover the very same truth: never, ever, pick a fight with Kellyanne Conway. Because, as it turns out, she’s tough as nails.

The president’s advisor and former campaign manager (and the first successful female campaign manager) is no stranger to hecklers, jealous rivals, or angry sexist liberals. All those groups routinely yell and scream at her. She’s got a thick skin.

But there’s always the occasional jackass who’s ready to go the distance to pick a fight. And when that guy shows up, Conway is ready to fight.

So much so, it seems, that the Secret Service is ready to hold her back.

Kellyanne Conway flew into Washington Reagan Airport Monday at 6 p.m. only to be greeted by a heckler with a sharp tongue.

A source on the scene said two members of the Secret Service had to hold President Trump‘s counselor back from yelling at the white male who was mouthing off at her as she was walking out of an airport terminal.

Conway, who has previously played nice when strangers get obnoxious with her in public, has finally had it.

This isn’t the first time Conway’s been harassed, mind you. And it won’t be the last.

But Conway usually doesn’t care. Why strike back this week?

It could be the shameless harassment Saturday Night Live has been sending her way each week.

It could be that liberal newspapers are all wondering where she went, and implying that she was fired or incompetent.

Or, I suppose, it could just be that she wasn’t having anyone’s sh*t yesterday. I don’t know what the reason was, but my favorite is the last one.

Because Conway ripped right back into the heckler.

Conway was approximately 20 feet away from the man who shouted at her, “Keep trashing America.”

Conway ripped the guy, saying, “I like the way you talk shit while I’m walking away.”

Security could sense the whole thing was escalating.

The man who witnessed the incident, Mark Wilkins, reported that Secret Service had to stand between the two of them, hands in the air, to prevent a fight.

And he had choice words for the heckler.

“I don’t know what you think of her, but Kellyanne is a rockstar.”