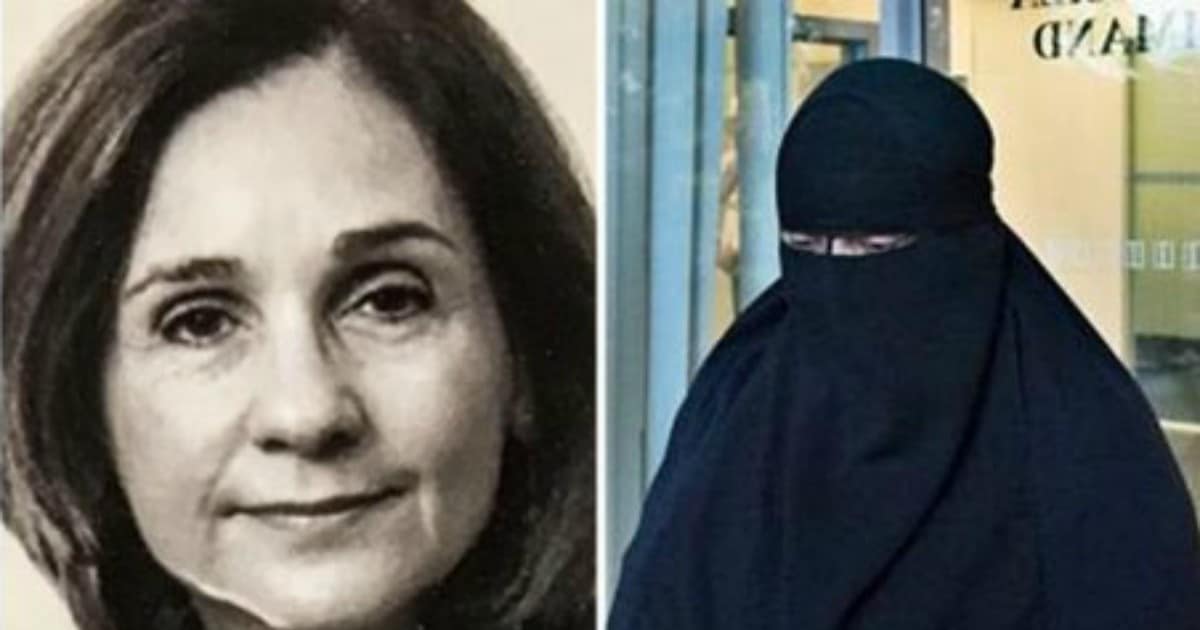 Time and again we discover how Islam is incompatible with the West.

There are many Muslims who’ve assimilated. But the vast majority in the world are conservative Muslims, who hold to a strict version of their religion. It is a religion that teaches non-Muslims are “infidels” and do not deserve respect or even kindness.

It is that kind of intolerant hate that has led many Muslims to fight “jihad” against the West. These terrorists seek only to kill as many Westerns as possible. Their hope is to destroy our democratic nations, overthrow our laws and values, and install Sharia law over our countries.

That hasn’t worked out for them. The United States is aggressively taking out ISIS bases around the Middle East. Plus law enforcement and counter-terrorist groups around the world are cracking down on jihadists that plan to kill at home.

Such was the case for Hamdi Alqudsi, an ISIS agent who was recruiting in Australia. Yet even though he was convicted, one of his two wives continued to fight. Trying to use the system against itself, she had the audacity to sue the Australia government for doing its job. Yet her own arrogance and intolerance turned out to be her downfall.

Moutia Elzahed filed a massive lawsuit against the police officers, demanding compensation for alleged “assault and battery, wrongful arrest, false imprisonment, and intimidation” of her and her family.

When Judge Audrey Balla agreed to hear her case, Elzahed first repaid her generosity by refusing to remove her face covering, saying that it was against her religion to allow inferior infidels to gaze upon her face.

Because Elzahed refused to comply with the court’s order, Judge Balla refused to hear her evidence. The drama, however, didn’t end there.

When Judge Balla exited the courtroom, Elzahed refused to rise in honor of the judge’s authority, proclaiming that she “won’t stand for anyone except Allah…”

The Daily Telegraph reports that since Elzahed has refused a third time to remove her veil and stand when Judge Balla enters and exits the courtroom, the stubborn Muslim woman has been inundated with “9 charges of disrespectful behavior in court.” Each count carries a maximum penalty of 14 days in prison and a $1,100 fine, leaving Elzahed to face a total of 126 days in prison and $9,900 in fines if convicted of all her offenses. Don’t matter what your religion is, baby, you respect a judge in a court of law. The fact that so many conservative Muslims refuse to respect the very countries in which they live proves how much they don’t belong.

This woman — the wife of a convicted terrorist — had the audacity to sue the police. Yet she proved again and again she didn’t even respect the country whose laws she was using for her own advantage.

The basic idea of respecting non-Muslim officials and leaders is incompatible with Islam’s teachings. Many Muslims refuse to respect police, judges, elected officials — yet they continue to come to our countries, demanding benefits and liberty.

Because of Elzahed’s shocking display of disrespect, the judge threw out her case. But she now faces over 4 months in prison along with court fines and penalties.

What good is a religion if it teaches people to behave in such a way? Shouldn’t all people — regardless of faith — be able to show respect to others? If these Muslims cannot do that, what are they doing in our countries?