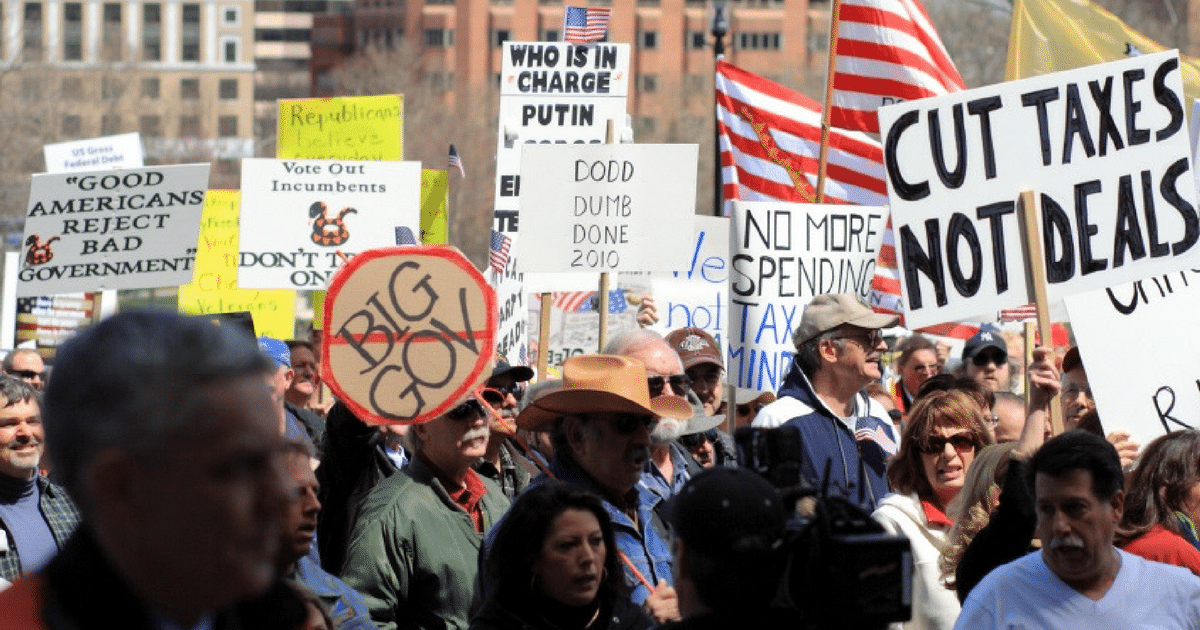 You’d think the following message would still hold true for Americans across the political spectrum: ‘we may disagree on things, but as long as you’re a part of this country, you belong here. Let’s work together to improve our futures.’

That probably sounds naïve and wishful. It is. Liberals have refused this message of unity for years, replacing it with a vicious hatred of American heritage and conservative values.

Right now, the only people saying ‘let’s work together’ are conservatives. And as soon as libs hear ‘Trump,’ they answer ‘no.’ No working with Trump. It’s almost shut the government down.

But not shut down so completely that Congress couldn’t get tax reform passed, though. It will likely go down as one of the major successes of the Trump administration.

If there’s ever a time when liberals need to get behind a successful president, it’s now. Trump won, and the benefits will be felt over the entire country. Now’s the time to show support.

But, of course, they don’t.

In fact, Pelosi is demanding one thing of Cali conservatives – leave the state.

And I’m not joking at all.

Pelosi [quoted] Gov. Jerry Brown, which called the tax bill “evil in the extreme” and told Republicans that their “ideology doesn’t come first.”

‘Evil in the extreme’? Well, then. I suppose you’ll be looking for all sorts of ways to work with Republicans, Ms. Pelosi.

Face facts, folks – anyone who calls you ‘evil in the extreme’ isn’t going to work with you on anything, at any time. There’s no point in even asking for their support anymore.

Leave them behind. The Democrats would absolutely do the same to you. They think you’re ‘evil in the extreme.’

“This is the end of the world. The debate on health care is live or death, this is armageddon. This is a very big deal. Because, you know why? There’s really a very hard way to come back from this.”

Oh, dammit. My mistake. She also called this tax bill ‘the end of the world.’

And, naturally, she was more than willing to work with conservatives after these statements.

Yes Kim, Americans are becoming more hostile when Pelosi and Schumer appear of social media by live video. In the past three weeks, all responses have angry emojis with absolutely no positive feedback, they shouldn't try tocompete with President Trump in his Venue!!! Humiliation https://t.co/Oyt1Xy3Fcm

Democrats want you to leave, conservatives.

Leave them behind in your work with Trump.