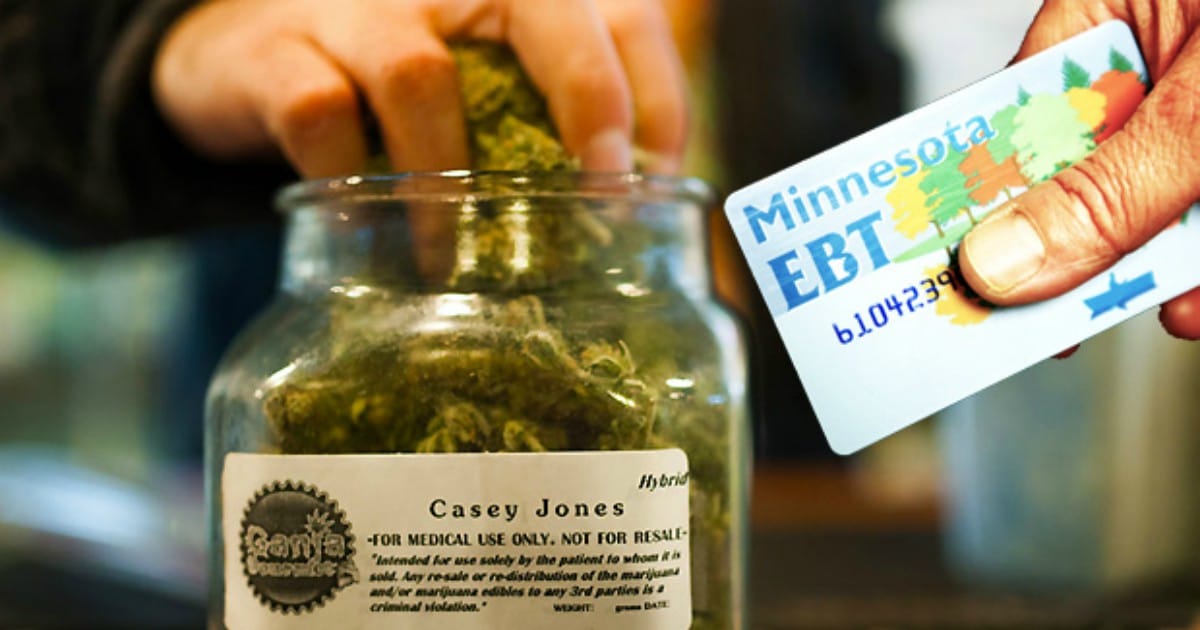 Every time I hear a liberal say, ‘welfare fraud isn’t a big problem,’ I start to laugh. Sometimes I snort coffee through my nose.

We’ve reported on some of these abuses before. Jihadists using welfare cash to fund terrorism? Check.

(Honestly, that one is so bad that I don’t even know why we need other examples.)

Wisconsin using welfare cash to buy billions of dollars in junk food, just so they can get taxpayer bonus money for the state? Check.

But in terms of freeloading off the system, of mooching taxpayer dollars, this example really takes the brownie…cake. I meant cake.

In Massachusetts, people are using welfare cash to buy pot. No joke. Mad World News has the story:

As a consequence of the legalization of recreational marijuana use in many states, freeloaders are now purchasing pot with their EBT cards.

If you’re not familiar, an EBT card is basically a welfare debit card. Except the cash comes from American taxpayers.

However, these welfare junkies are in for a rude awakening in one state, which is effectively putting its foot down on the matter.

Republican State Rep. Shaunna O’Connell has brought forth a bill that would place marijuana next to alcohol and tobacco on the list of things you cannot purchase with an EBT card.

Take note, please – it’s a conservative that’s suggesting this. Like we couldn’t guess.

Conservatives have had to make rules for this sort of thing before. Because, believe it or not, people have tried to buy cigarettes or alcohol with their EBT cards.

Liberals, mostly. And idiots, because this is really not something we should have to spell out.

But, they tried it, and we had to spell it out. And the work there is just beginning.

As the author points out, “indeed, there is nothing more infuriating than standing in line at the store behind someone holding an iPhone and wearing designer jeans, only to watch them use their EBT card to pay for luxuries moments later. Recreational marijuana should certainly be considered a non-essential item.”

Representative O’Connell is already gearing up for a big fight against the state’s liberals, who are ready to strike the law down.

Let’s hope there’s enough sane and disgusted people in Massachusetts to get the law passed.