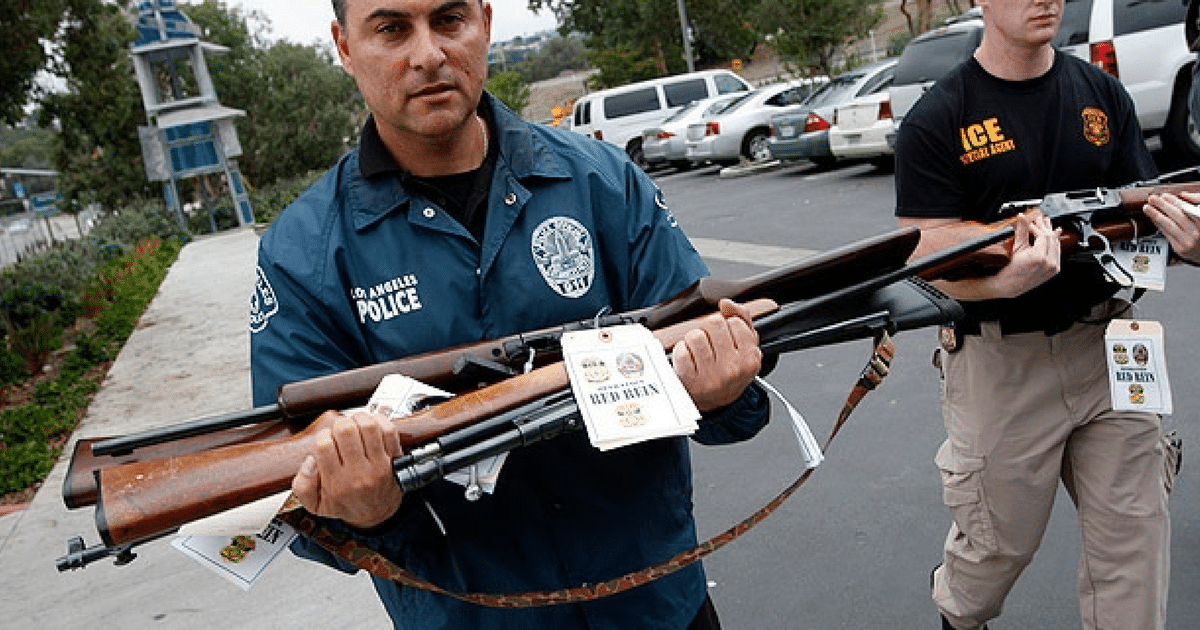 For years, conservatives have been warning Americans that liberals are coming to take their guns. It’s finally happening.

But I’m pretty sure no one expected it to happen this way.

Fact is, this particular gun confiscation is a little odd. It’s raising about as much ire in the liberal community as it is in the conservative community.

And it’s happening in Hawaii, of all places.

Because that’s the place where you’re likely to be smoking medicinal pot. And the Bureau of Alcohol, Tobacco, and Firearms is making one thing clear: no matter how legal, if you’re high, you shouldn’t own firearms.

Hawaiian authorities have asked medical marijuana users to “voluntarily surrender” firearms due to their medicinal status. This may mark the first time a law enforcement entity has moved to confiscate guns from cannabis patients.

Wow! Hawaii Gov’t has lost their minds 2nd Amendment is under attack If you live or going to move to Hawaii get out now why you can Sad day medical marijuana is used for pain and other things which now takes your guns away 😡I would sue Hawaii The Gov’t in Hawaii is pathetic https://t.co/4pg00L2eda

Marijuana users in Honolulu are expected to turn over all firearms and ammunition to the state within 30 days of receiving the notice, according to a letter signed by police chief Susan Ballard.

You might have noticed that the state is asking cannabis users to voluntarily surrender their guns. There’s good reason for that – the legal precedent for this is new. People have sued the government to keep their guns while smoking medicinal weed.

And while the government ruled in favor of the gun confiscation, the lawsuits made one thing clear – people are able and willing to fight about this.

Need someone smarter than me to look at this.

Apparently Hawaii is going to confiscate guns if you are on medical marijuana.

The 9th Circuit Court of Appeals heard arguments in September 2016 against laws prohibiting medical marijuana patients from owning a gun, but unanimously ruled in favor of the government.

The restrictions did not infringe upon patients’ second amendment rights because cannabis was found to cause”irrational or unpredictable behavior,” the panel said.

American gun owners aren’t likely to stop at one lawsuit, mind you. Expect this issue to come up again. Which means, in Hawaii’s case, that it’s best to proceed with legal caution – hence, ‘please surrender voluntarily.’

That’s what happens when state and local laws and definitions aren’t on the same page.

The state’s first medical marijuana dispensary opened in August, but federal law prevents patients who ingest cannabis from owning a firearm. Marijuana is still categorized as a Schedule I drug by the government and is considered in the same league as ecstasy and heroin.

The feds think pot is like heroin. The state of Hawaii thinks it’s like alcohol. And no one takes your guns because you drink beer.

Keep watching the lawsuits. This isn’t over.