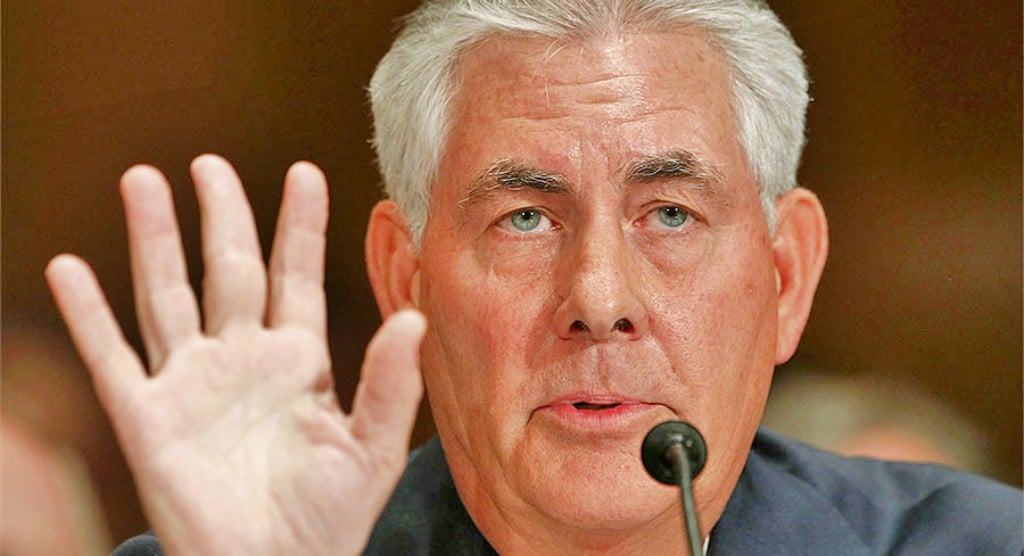 Trump’s new Secretary of State has already laid out the fighting words. And his target? Not Russia, not Israel, and not a tiny dictator-led former Soviet bloc country with only a few rusty tanks remaining in its military arsenal. Nothing easy, in short.

No, Tillerson went after China. The biggest, baddest target on the block. And he didn’t even hesitate.

Whatever else liberals may think of Tillerson, they have to admit at least this – the man has serious balls.

Yesterday was Tillerson’s confirmation hearing – which, for most Trump appointees these days, pretty much amounts to mainstream Republicans and whiny liberal Democrats asking leading and loaded questions about whether or not Trump’s men at arms can be branded as racist. Tillerson received a slightly different treatment – instead of ‘racist,’ questions were obviously meant to brand him as ‘weak.’

A simple trap: grill him on Russia, and see if he’ll slip and call Putin a dictator. 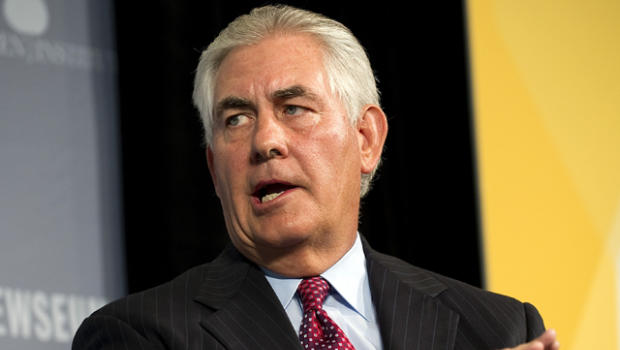 No surprise, leading the shameless charge was Marco Rubio. From the Miami Herald: “Rubio tried to get Tillerson to agree to…sanctions on specific Russia actors. But Tillerson would not bite, saying he’s not ready to unconditionally support such legislation because he wants sanctions available to him as a “tactic.”

Then, Rubio, acting like a prosecutor, escalated his questioning.

‘I would not use that term,’ Tillerson responded.

Rubio cut him off.”

For anyone paying attention, it should be obvious what’s going on – Obama’s administration has been weak on foreign policy for…well, ever, and mainstream Republicans are still angry at Trump for winning a legitimate and landslide victory. The fact that Trump has gotten more cooperation out of Russia in a few weeks – weeks before he’s even taking office – is too much for them to bear, and they’re trying to trap him into damaging that relationship.

It’s a Catch-22 – either damage Russian relations and look strong, or stand up to Obama’s weakness and Republican traitor-scheming, and look weak. Either way, Trump loses.

But Tillerson had a third option.

From ZeroHedge: Tillerson “said that a failure to respond to China had allowed it to ‘keep pushing the envelope’ in the South China Sea and added that ‘we’re going to have to send China a clear signal that first the island-building stops and second your access to those islands is also not going to be allowed…’ [It’s] ‘akin to Russia’s taking Crimea.’”

Republicans had no response. And Tillerson left the room, clearly the boldest and the strongest there.

But that’s not where the story ends. China’s quick reaction to Tillerson’s words has been noted across the world.

With comments like the ones ZeroHedge reports,“Should he act on them in the real world, it would be disastrous.” And “it would set a course for devastating confrontation between China and the US.”