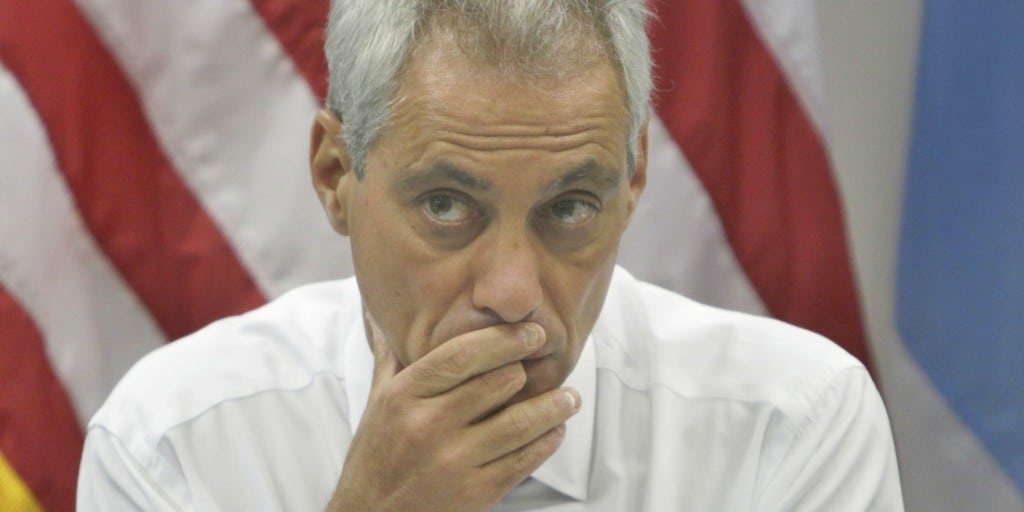 Donald Trump is already clearing the United States of illegals and lawbreakers, and he hasn’t even taken office yet.

Seriously, he’s on course to outdo all of Barack Obama’s “accomplishments” before he even starts the job. Talk about being humiliated – within a matter of weeks, it will be as if the Obama presidency never existed.

Trump’s latest accomplishment is the result of one thing that seems to have completely shocked progressives and Democrats – say what you mean, and be honest about it. And Trump said he was going to deport them all – all those walking illegal Democrat cheat votes, the same ones used to steal elections from law-abiding American citizens, the same ones driving down the economy and driving up the cost of the welfare state. They’ll all be gone.

They may disrespect our national laws, but they do recognize honesty when they see it. I’ll give them that.

Illegal Mexican immigrants are bolting from wherever they are and running as fast as they can to Chicago. The Windy City hasn’t shifted any further politically since the Obama days, so it’s still a pile of liberal idiocy and Snowflakian whining. And in that vein, Mayor Rahm Emanuel has promised to bluntly disobey the laws of the United States and refrain from deporting any illegal immigrants within the city limits. He’s promising to break the law, and help thousands of others who are breaking the law.

And, like Trump, illegals believe Rahm Emanuel means what he says, too.

Rahm’s words were bluntly treasonous: “To all those who are, after Tuesday’s election, very nervous and filled with anxiety as we’ve spoken to, you are safe in Chicago, you are secure in Chicago, and you are supported in Chicago. Chicago will always be a sanctuary city.”

It probably would have been easier, had he just said, “I’m only going to obey the laws I want to.”

Rahm’s deviance, and Trump’s promises, prompted a slew of illegal immigrants to flock to Chicago, so much that even Mexico took notice. Consul Carlos Martin Jimenez stated that “Mexicans in Indiana and Wisconsin are coming to the Chicago consulate due to it being a sanctuary for illegal immigrants.” You might expect a spike in Chicago’s crime rate, but, given the damage already done by gun control and gangs, I doubt anyone will notice.

Except, perhaps, Trump – he’ll notice. He already has. And more power to him, and his solution.