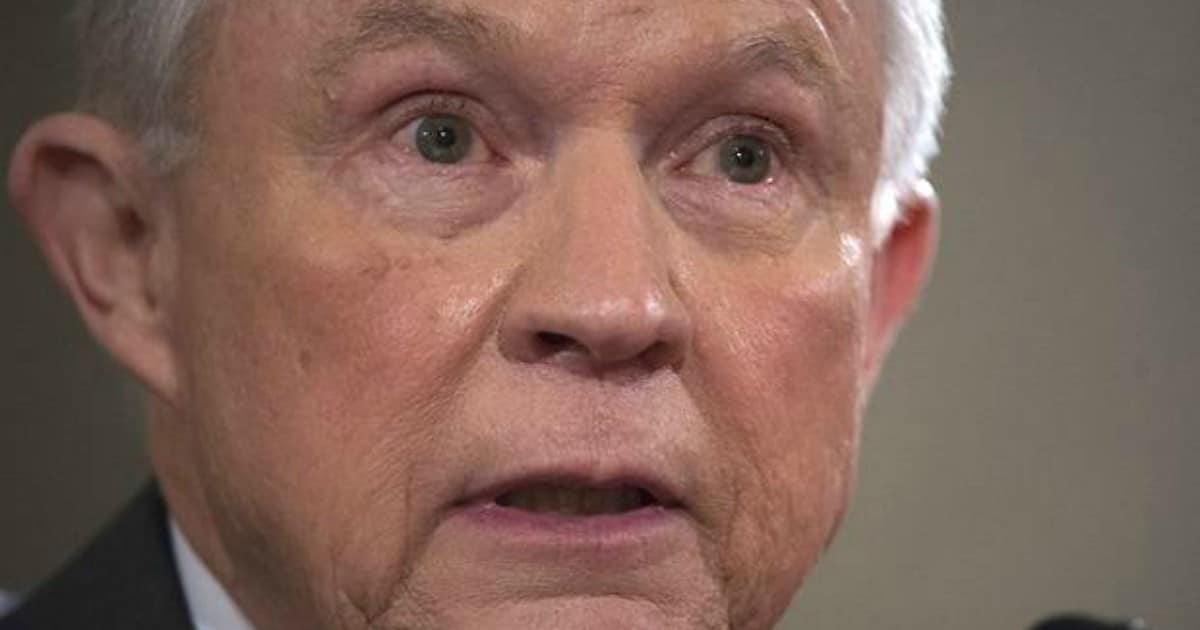 Since Donald Trump’s historic victory on November 8, the losing democrats have conjured up no end of excuses for their humiliating defeat.

Refusing to acknowledge why they lost so big, liberals have blamed everything from FBI Director James Comey to supposed Russian hackers.

Their biggest claim was that Russia was working with the Trump campaign to stage an elaborate coup to take the White House.

This ridiculous claim has been circulated throughout various liberal, fake news outlets. They put forward this idea to undermine the Trump administration, even though they lack real evidence to back it up.


Last week liberals tried to expand their conspiracy theory, but suggesting Attorney General Jeff Sessions was also colluding with Russians during the campaign.

They tried to make normal interactions the then senator had with a Russian ambassador as part of this coup.

The reality is, the democrats have invented this idiotic idea, without any proof.

But there is evidence out there, implicating leadership of wrongdoing. Just not the evidence the liberals would be very happy to know about.

As it turns out, there was a conspiracy afoot during the election; but it was on the other side.

“They did spend time listening to conversations between then-Sneator Jeff Session and the ambassador to Russia while he was in his U.S. Senate office,” Lewandowski told Judge Jeanine Pirro.

“If that were to take place, which supposedly did take place, what other conversations did they listen in on from the American public?”…

“They were monitoring [who] a United States Senator was having a private conversation with, is what I understand, and if that is the case it is very concerning,” said Lewandowski.

“Is it possible that that previous administration was listening to the conversations that took place in Trump Tower from their political opponents.”

“If that is the case, and what Donald Trump alludes to is accurate, then that’s very, very disturbing for our future going forward.”

Over the weekend, President Trump made the bold claim that Obama was secretly spying on his phone conversations over the course of the transition period.

This illegal violation of Trump’s rights was an attempt on the part of the former president and the democrats to find something with which they could attack Trump.

While they found nothing, they have been exposed as breaking the law to monitoring Trump and his people’s activity. Lewandowski’s claim only adds fuel to the fire.

If the democrats were really spying on Trump, Sessions, and the rest of his people, it would be a scandal bigger than Watergate. Many politicians and government officials could be implicated, and even go to jail.

President Trump is calling for an investigation that will ultimately put these Russian rumors to bed and uncover revelations that might bring an end to the Democratic Party.