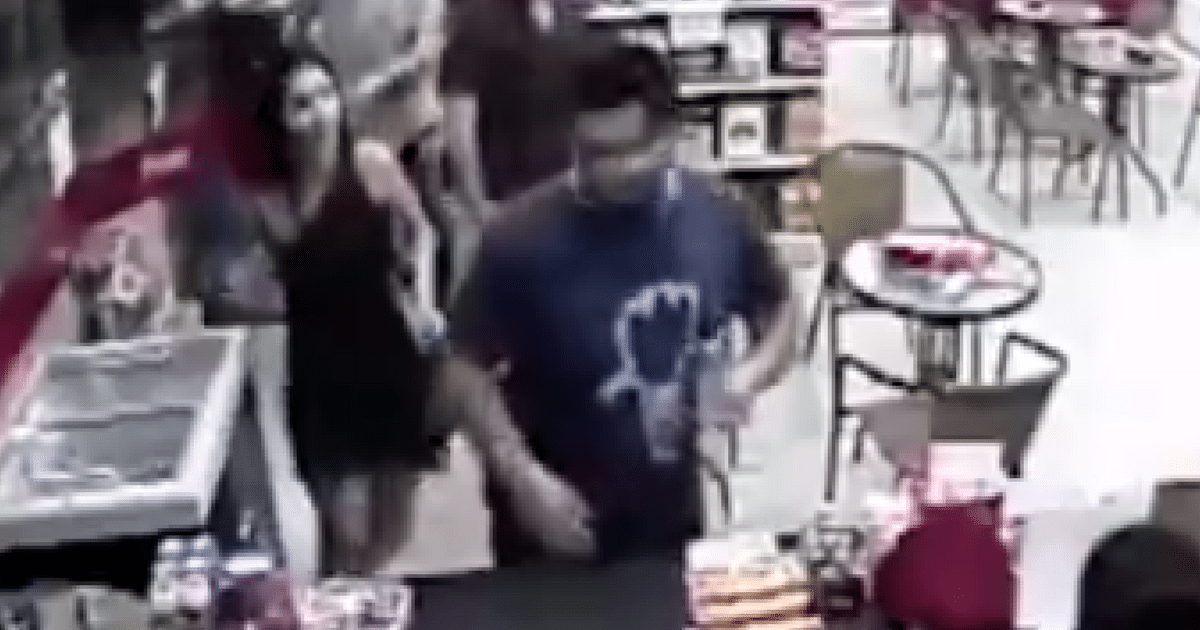 The wave of disgrace that has tarnished nearly every actor in Hollywood and every politician in DC should tell us all one thing – if you misuse your power for sexual pleasure, you’ll eventually be found out.

New claims of harassment, sexual assault, and wildly inappropriate behavior have been appearing every day. And it doesn’t look like they’re just a bunch of people looking for money, either – celebs and politicians are admitting to the behavior.

Louis C.K. confessed. Matt Lauer had a button on his desk that would lock his office doors from the other end of the room.

That last example is especially creepy.

It’s clear, from the onslaught of accusations, that women haven’t felt safe in the workplace for quite some time. And most of them have just borne the burden without a word.

Of course, there are exceptions. Sometimes women speak out. And sometimes, in rarer instances, they simply beat the living pulp out of their attacker.

Today is one of those rare days.

A 22-year old man allegedly sexually harassed a female student by grabbing her butt Saturday in Manaus, Brazil. The perp was then immediately jumped by several other men, causing a chaotic brawl.

The suspect then tried to run the woman down with his car, and is now wanted for attempted murder.

Ah, yes, I almost forgot – the beaten groper also tried to kill his harassee with his car. This story quickly gets more and more interesting.

What’s left out in the summary, though, is that the woman managed to get in a few solid punches herself, before a group of men came to her rescue. Good for her.

It’s hard to make out most of the fight in the video – except, of course, for the attempted vehicular homicide.

That was clearly the groper’s biggest mistake. Because, while it’s hard to charge you for assault if you can’t tell who started what, it’s much easier to charge you with vehicular homicide if you’re clearly the one driving your car into a crowd of people.

Way to make the case open and shut, moron. I hope she hits you again.

Just like I wish someone would have punched Lauer a long time ago. Or done something like this.