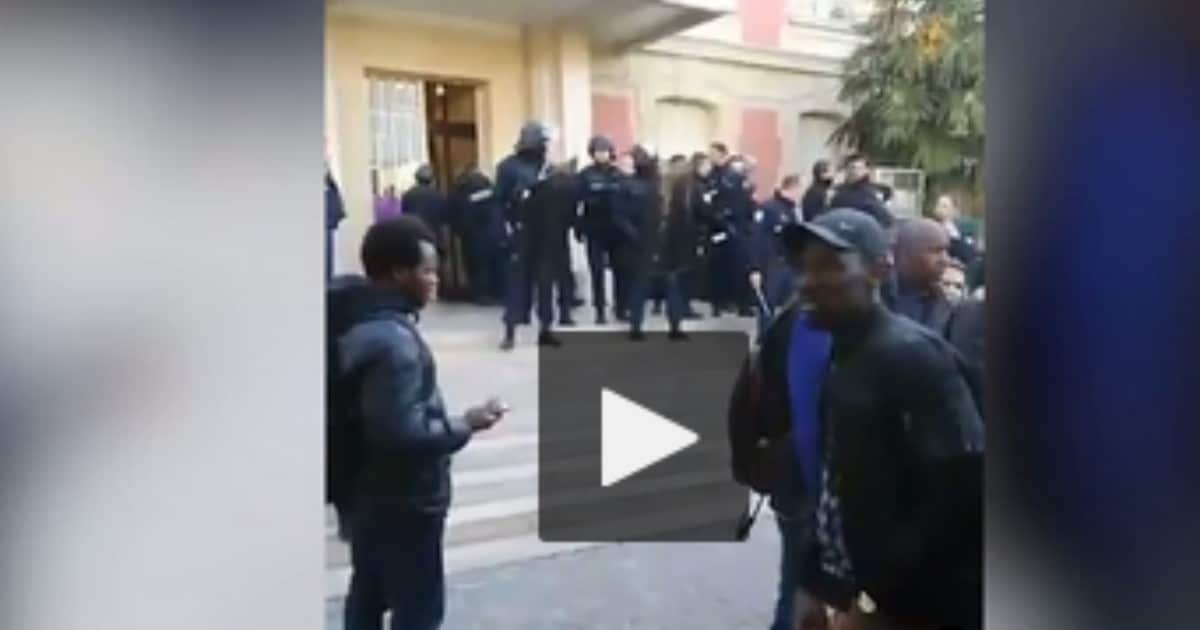 The migrant crisis in Europe is only getting worse.

We’ve seen time and again how the unrestrained welcoming of millions of migrants — largely from Muslim countries in the Middle East and Africa — is destroying once freedom-loving countries.

These migrants do not share the same values of their European neighbors and worse still, refuse to assimilate and learn. They put demands on their host governments for support and handouts, while creating a dangerous and hostile environment for citizens.

Yet the governments of France and Germany, and many others, refuse to get tough with these migrants, many of whom are there illegally.


The burden of political correctness, the fear of offending anyone and the disastrous politics of liberals prevent common sense measures to protect the welfare of European citizens.

And we are learning that these illegal migrants are getting bolder about their demands. Rejecting the safety and laws of France, a large number of them stormed a town hall meeting. What they demanded will shock you. A crowd of around 200 illegal migrants from Africa stormed Alfortville town hall on Tuesday morning, demanding the government relax criteria for regularisation and give them residence papers.

Illegal migrants occupied the town hall for about an hour, frightening members of the public in the building as well as staff who had to retreat to their offices.

The migrants, who work at Rungis International Market, the world’s largest wholesale food market, began piling into the town hall at around 8.30 am, but staff didn’t notice their arrival until it was “too late”, according to Le Parisien.

When officers arrived to break up the protest and evacuate the town hall, they were forced to use tear gas as a group of around forty illegal immigrants were blocking access to the building.

These migrants are living there illegally. You’d think that they’d do their best to keep their heads down, work hard, and not cause any problems.

But the environment in France has allowed these aliens to behave with unchecked arrogance and entitlement. They not only stormed the town hall, prevented the leaders from speaking, but actually harmed enough people that they had to go to the hospital.

Why would anyone want to extend help to these kinds of people?

“Although staff received the men, and listened to their demands, the members of the collective did not wish to enter into any dialogue, instead contenting themselves with denouncing government policy.”

They shouted their demands, but refused to listen to anyone else. The people in the town hall couldn’t even discuss reasonably with these migrants, because they were only there to riot and cause problems.

What a perfect picture of the fallout of France’s migrant policy.

What will come about from this event? Two things. First, French citizens will once again voice their concerns over the high numbers of migrants, demanding that they be sent home.

Two, liberal leaders will bend over to accommodate the migrants, ignoring the concerns of their citizens.

This kind of toxic and downright idiotic plan has been destroying France and the rest of Europe for years. When will their leaders wake up and do what’s best for their own people?

Their cities are being destroyed by illegal migrants who don’t even respect their laws and customs. Yet they continue to pander to them and protect them over their citizens.

That situation cannot last forever. Unless something is changed, their whole society will collapse.