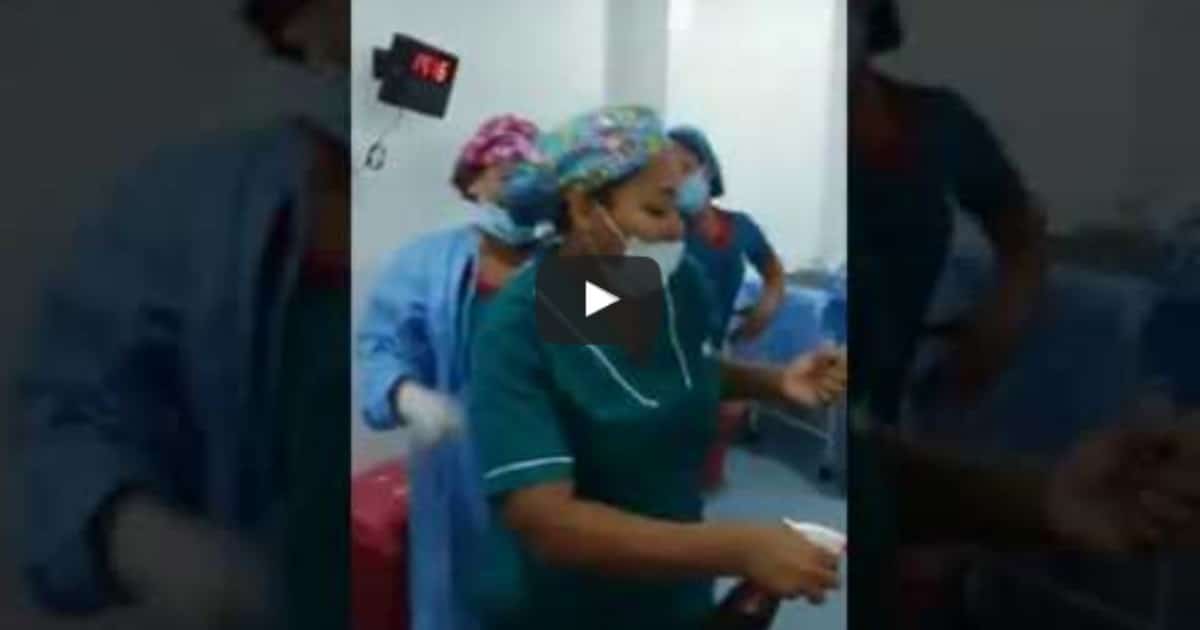 When going to a doctor’s office or hospital, you feel pretty vulnerable.Whether you’re sick or in need of a procedure, you are placing your life and health in the hands of someone else, oftentimes a few strangers.

That’s why it’s so important for you to find a physician and medical team you can trust. We expect our medical professions to live by the utmost standards; to show each patient the kind of care and respect they deserve.


It’s often called bedside manner, the way a doctor and nurses treat their patients. Going through an ordeal like surgery can be stressful.

You are already worried about your medical condition, on top of that you’re afraid that the procedure itself might not go so well.

But you can be assured that everything will work out fine, thanks to the fine, tireless efforts of those that are serving you.

Unless of course you’re a patient at this hospital.

A team of medics in Colombia has been axed after being caught on camera bumping and grinding next to a nude patient lying face down on an operating table, according to a report.

The alleged professionals, wearing blue scrubs and face masks, appear to be mocking their anesthetized patient as they laugh hysterically and gyrate against the surgery table at the Clinica Santa Cruz de Bocagrande in Bolivar, disturbing footage shows.

“The respect for dignity of every patient is the most important thing in our clinic, therefore we strongly regret the inappropriate behavior of those who are working as professionals in the health sector, seen in the video records in one of our surgery rooms…”

“…their actions are against the dignity of the patient and are breaking the protocols and the political values of our institution focused on the quality and humanization of our service,” the statement read, according to The Mirror.

Yikes. I know that life at a hospital is pretty demanding, and the staff might not be able to get out very often, but seriously these ladies should have saved those moves for the dance floor.

It really makes you wonder about the hiring practices of this hospital. Shouldn’t there be some part of the interview that makes sure they’re not hiring a bunch of jerks?

Maybe this group got into some of the painkillers and forgot where they were. Maybe their triple shifts got the best of them and they are delirious.

Regardless of the reason, this is not the kind of behavior you want to see right before you’re operated on. I mean, maybe afterward, if all goes well, but certainly not before.

I wonder how often this sort of thing happens in Clinica Santa Cruz de Bocagrande in Bolivar. They took video of it, right?

Maybe they have some kind of dancing contest that everyone takes part in. Maybe it was a dare.

All I know is, I’m not going to that hospital, if I’m ever in Colombia.