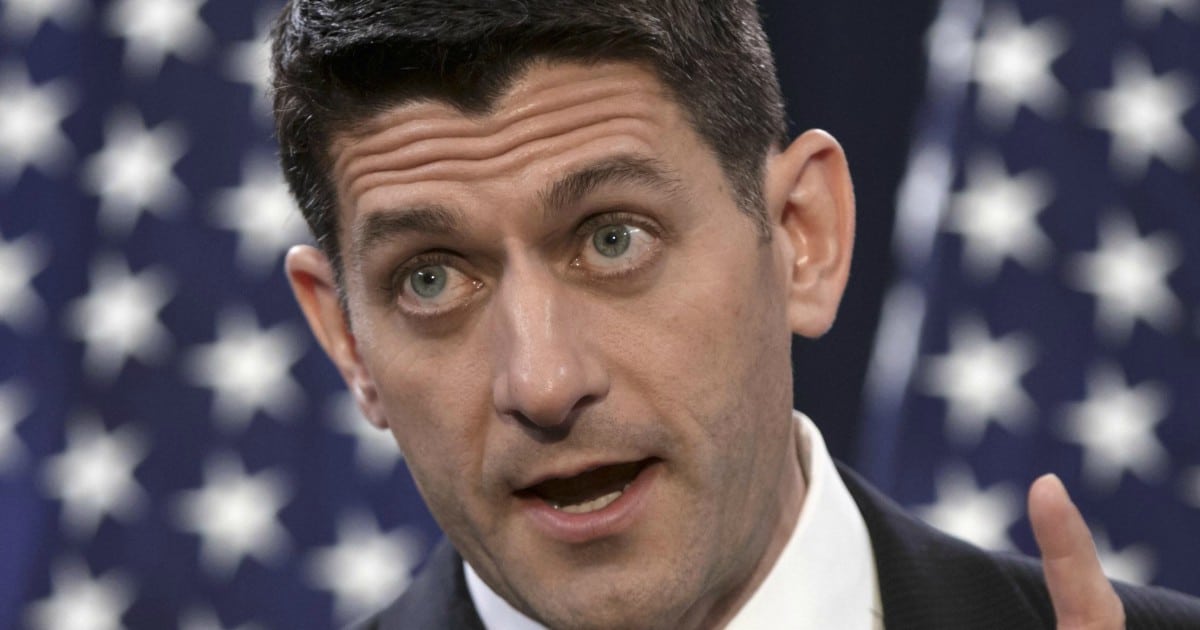 Paul Ryan is worried about Trump getting things done.

Seriously – no exaggeration, and not making it up. The Speaker of the House is worried about the President earning a win for the country.

[playbuzz-item url=”//www.playbuzz.com/patriotjournal10/do-you-support-trump-ending-the-obamacare-mandate”]
The catch? Ryan is worried because Trump might get things done with Democrats.

Which, apparently, is worse than not getting things done at all.

House Speaker Paul Ryan is not enthusiastic at all about President Trump’s assertion that he could work across the aisle to get a healthcare reform deal done.

‘What I worry about, Norah, is that if we don’t do this then he’ll just go work with Democrats and try to change Obamacare and that’s not – that’s hardly a conservative thing,’ Ryan said to CBS This Morning host Norah O’Donnell.

Ryan characterized Trump as a ‘can-do president, a business guy,’ and pointed out how the new POTUS wanted to get things done – even if that means abandoning his own political party.

That’s…interesting. Trump’s business attitude means that he’ll work with someone, anyone, if it’s for the good of the country.

And that…is bad, according to Ryan?

together and pass the healthcare bill that is already on the table.

‘If this Republican Congress allows the perfect to be the enemy of the good, I worry we’ll push the president into working with Democrats,’ Ryan said. ‘He’s been suggesting that as much.’

The bill Ryan and Trump wanted passed rolled back some of the provisions of Obamacare, but wasn’t a full repeal.

Thus it was stopped by conservatives in the House, the Freedom Caucus, who labeled the legislation ‘Obamacare lite.’

It’s so, so difficult to point out everything wrong with Ryan’s reasoning. But I’ll try.

First, Ryan, please note that the fact that your bill was called ‘Obamacare lite’ only tells us that you don’t know how to draft a good bill.

And since you’ve had seven years to do this, that’s quite an insult.

Second, the president will work with whoever he has to in order to get things done for the country. That is, as you said, the businessman approach. What you left out was the fact that it’s a good thing.

Third, if you’d rather hold your country hostage than see your president get something done with your political opponents, it’s probably time to just admit that you don’t love your country.

Thank you, President Trump. Do what you have to do.