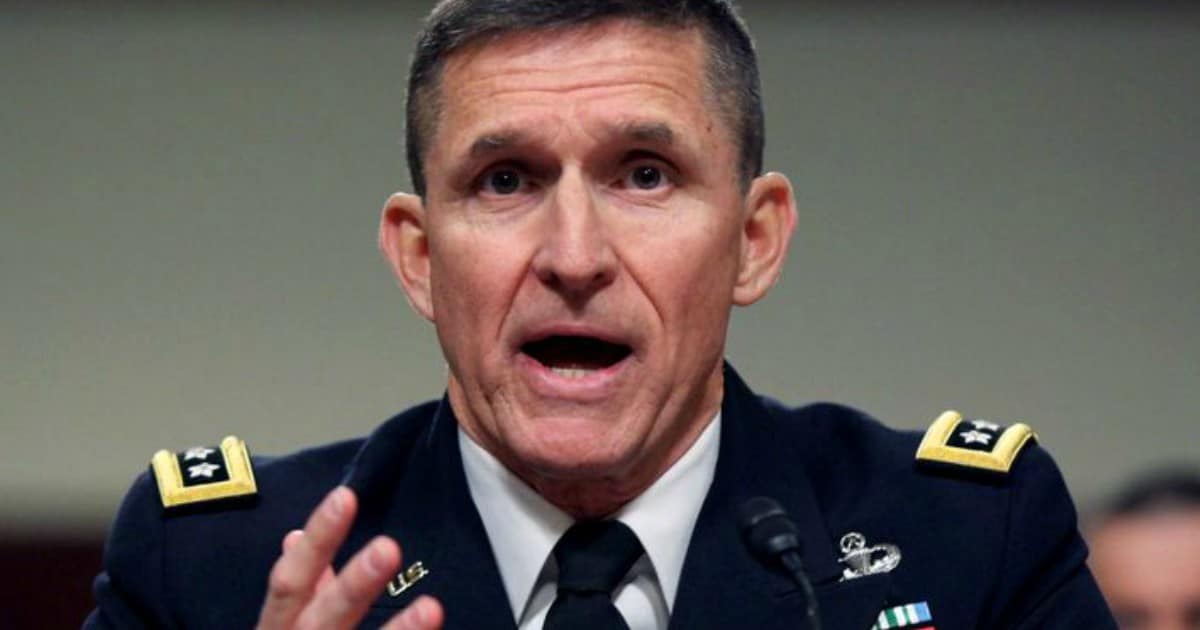 So, I have an interesting story to tell.

He was fired for lying to Mike Pence about talks he had with Russia, at a time when he was, legally speaking, not allowed to talk to Russia. But that’s not the interesting part, either.

A whole lot of conservatives are angry that he was fired at all, since he clearly wasn’t breaking the spirit of the law – only the letter.

[playbuzz-item url=”//www.playbuzz.com/patriotjournal10/will-barack-obama-and-hillary-clinton-ever-pay-for-their-crimes”]
And a whole lot of liberals are angry, because they think he’s part of a cover-up that links Trump to Russia, and hackers, and blah blah blah…in other words, losing the election wasn’t Hillary’s fault.

Still, that’s not the interesting part.

Michael Flynn, that former NSA man, has just told Congress and the FBI that he will testify about Russia…for a price: immunity.

That’s right – Flynn, if granted immunity, will testify about his dealings with Russia and Trump.

That – that, right there – is the interesting part.

Michael Flynn apparently has told FBI investigators and congressional officials that he is willing to be interviewed in exchange for an immunity deal.

Of course, the question is: Immunity from what?

That is a good question.

But, mind you, it doesn’t mean that the conspiracy theories that the Left has been spinning for some time are actually true.

In fact, it’s quite likely that Flynn is seeking immunity from a crime he committed while working for Trump, but that had nothing to do with Trump.

And that’s not just an ‘oh, I don’t want Trump to look bad’ suggestion. That kind of thing happens all the time.

Indeed – consider Hillary Clinton. It was the Benghazi investigation that revealed to the world that she had been using a private server for her emails, and throwing away national security in the process.

Had she gotten immunity for testifying about Benghazi, there is nothing that prosecutors could do if they discovered her server through her Benghazi testimony. Flynn might be up to a similar trick.

But it does make for an interesting twist.

And it should make us all breathe a sigh of relief, since Flynn is no longer working in Trump’s administration. The president was right to let him go.

But we probably shouldn’t let him go that easily.

Keep watching. This can only get better.