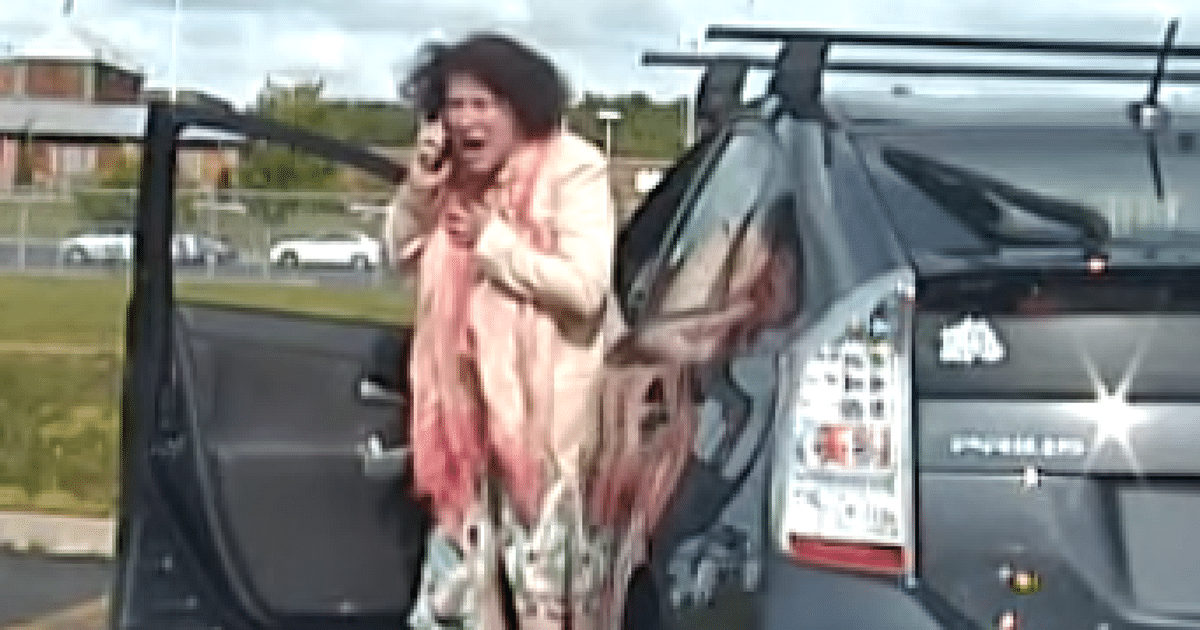 If you thought the idea of a ‘Safe Space’ on a liberal campus was insane, just wait – today’s news takes Safe Spaces away from campus, and deposits them squarely into everyday life.

There’s plenty of places where a Safe Space would be convenient for libs, too. Don’t like the factual arguments of your conservative friend? Safe Space! Don’t like the way Fox News keeps the focus on Hillary while everyone else at the MSM is distracted by a fake dossier? Safe Space!

Don’t like the way a cop pulled you over for speeding?

(Of course, if you’re a lib and this doesn’t work, you might completely lose your mind. Just like Democrat Jennifer Berky did…while on camera.)

When it comes to triggering liberals, it doesn’t take much these days.

A New York county legislator was seen on a police dash cam having a major meltdown after she was stopped by a police officer for speeding.

Let's help Jennifer Schwartz Berky (D) get re-elected!!
Her campaign motto is: "It's Her Turn", wait my mistake, it's: "Putting Women in Their Place"…….Anyway I polished her campaign ad. 😬😂 pic.twitter.com/6ZGOI8ltQE

The video of this encounter is far better than the summary I could ever hope to give. However, before you watch it, consider a few things:

2)      Berky’s registration ticket on her car was expired.

Now, those two facts alone should be enough to get anyone a ticket. And if you have a job in government, of all places, you should know this. Just bite the bullet, and pay the ticket.

Or, barring that, be really polite to Officer Gary Short, and hope to God he lets you off.

Democrat Legislator Jennifer Berky did neither. And the play-by-play is priceless:

Berky begins hyperventilating, claiming that she has PTSD, and complaining to Short about how inconvenient it is for her that he was giving her a ticket for speeding.

She refuses Short’s offer to call for an ambulance if she needed medical attention.

[She tells] Short that she’s a county legislator who always does everything right, adding that she was going to record their conversation.

She then calls what appears to be a 911 dispatch operator, claiming that she wants someone to listen to her conversation with Short because she doesn’t trust him.

Officer Gary is patient. But not this patient. He finally writes the ticket out of exasperation.

Enjoy. But don’t laugh too hard – after all, the crazy in this video is also helping draft the laws of New York.