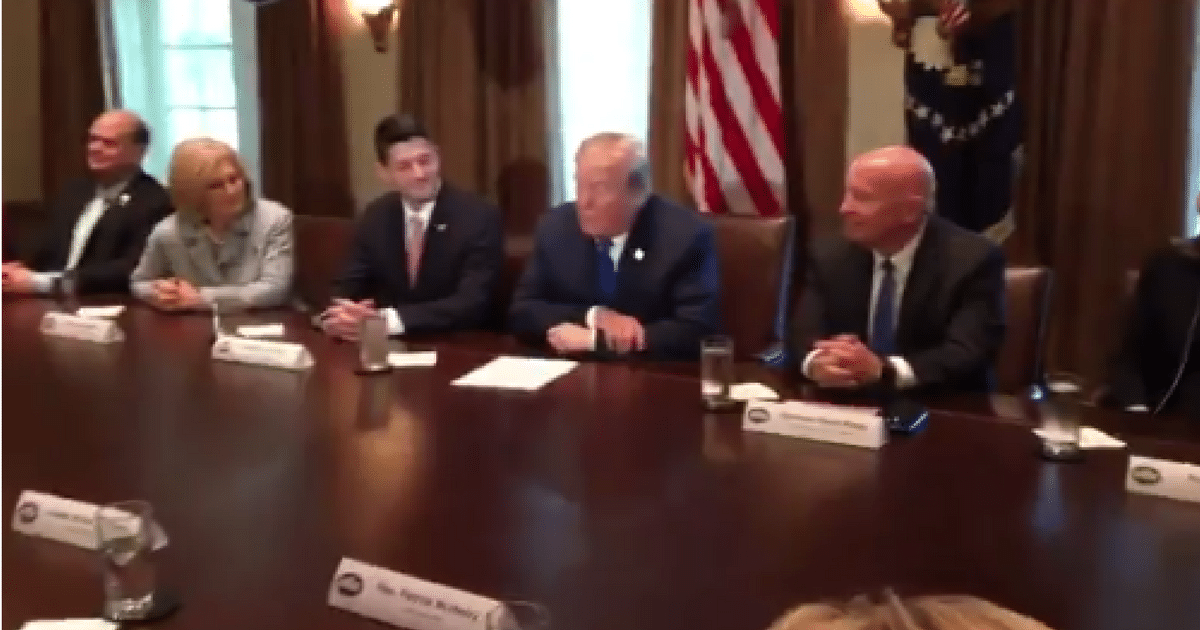 ‘Trump is racist. Republicans are racist. Therefore, ignore everything they say.’ It’s a tired line, but it still works for libs – way easier than actually thinking about an issue like immigration.

But those who claim ‘Trump’s a racist!’ have a lot of facts they have to ignore to keep that claim going.

For one, Trump is letting in refugees, with a more intense screening process. Libs have been ignoring this.

But more generally, Trump is streamlining the immigration process, to make it easier on people who want to work to get into the US. The hardest workers get in – it’s that simple.

And the best way to accomplish that? Remove any laws that allow people to come into this country, without having earned it.

Namely, remove the Diversity Visa Lottery – and there’s a good chance that it will be repealed in the new DACA bill.

I'm starting the process of eliminating Diversity Lottery program. Terrorist was the pt of contact for 23 people. -POTUS #NYCTerroristAttack pic.twitter.com/zOGeuapaLX

Two Republican senators used a Thursday meeting to lobby President Trump to ensure a bill doing away with the diversity visa lottery is pushed through Congress.

Sen. Tom Cotton and Sen. David Perdue introduced the RAISE Act this year to create a merit-based immigration system. It would eliminate the diversity visa lottery, which authorities say was used by the suspect behind this week’s terrorist attack in New York.

The Diversity Visa Lottery is simple – one or more persons on a wait list to immigrate to the US are chosen at random to receive the honor.

It’s a quick and easy way for a very lucky few to cut to the front of the line. And the idea behind it was simple – increase diversity in the US by choosing people at random to come here.

I am calling on Congress to TERMINATE the diversity visa lottery program that presents significant vulnerabilities to our national security. pic.twitter.com/tW4wOlI4vu

Of course, the lottery had its problems.

For one, it was clear that Mexico couldn’t use it. The number of people coming in from Mexico was just way too high. No lottery for them.

So it should be obvious that the diversity lottery has to go. Especially if you’re trying to create an immigration system where people come here who deserve to come here.

51,000 enter the US each year under Diversity Visa Lottery program – over one million in total! — Countries listed here pic.twitter.com/1cTAaLeapx

Cotton and Perdue’s RAISE Act brings us one step closer to that goal. It deserves support, and Trump’s signature.