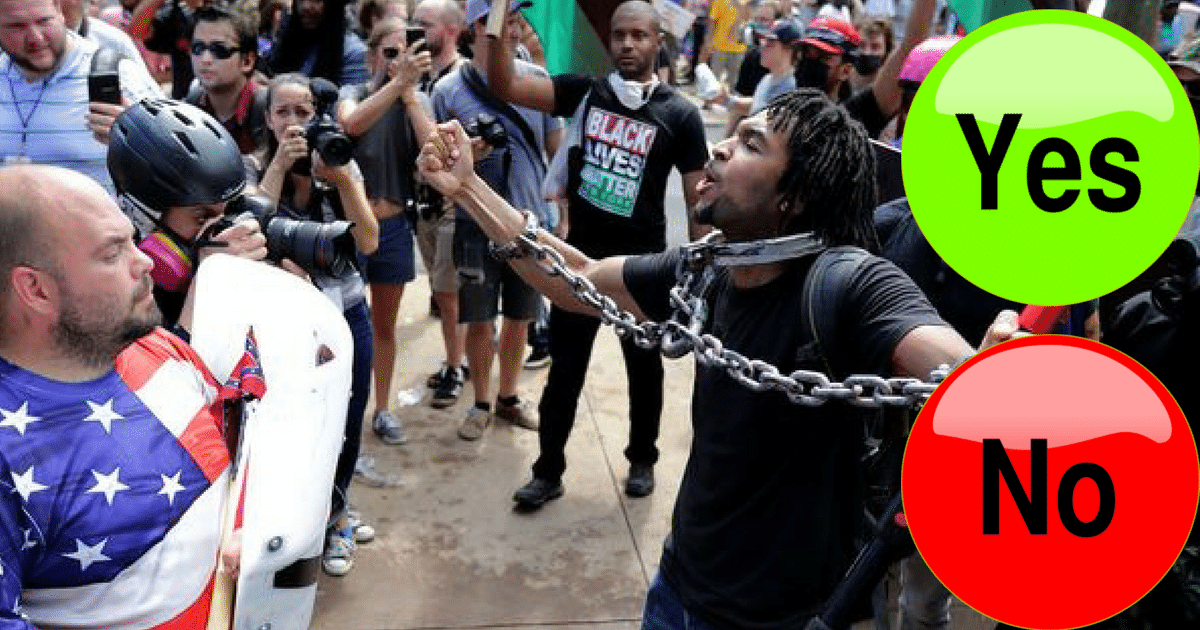 The mainstream media would have Americans believe that the KKK, White Supremacists, and Neo-Nazis are hate groups and terrorists, but that Black Lives Matter and Antifa are not. With many reports coing from Charlottesville that state violence was coming from all sides, coupled with many situations where BLM and Antifa protestors have become violent against anyone they disagree with, and BLM even banning white people from their meetings, it’s not hard to see that ALL these groups thrive off of hate.

But we want to know what you think America! Vote below!