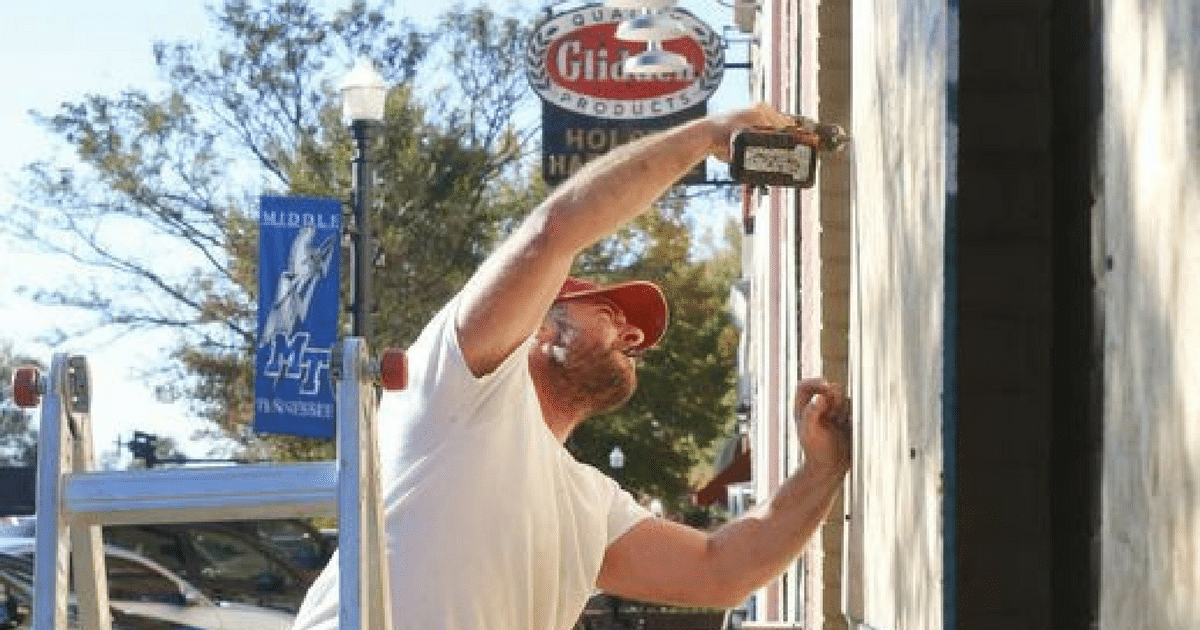 The Mainstream Liberal Media has been desperately ignoring the violence and fascist behavior of Antifa. Leftist reporters can’t seem to stomach that some activists on their side of the political spectrum can also beat, vandalize, steal, and smash.

That, mind you, only happens with white supremacists.

Of course, if you live in reality and not a fantasyland, it’s clear that it happens with both – Antifa and white supremacists both love violence.

So if they’re both coming to town soon, it’s good reason to worry…and a good reason to board up your windows. Things are going to break. Anything less would be odd.

But what if nothing happened?

In fact, what if, instead of broken windows, locals found messages of love and Bible verses written on their windows?

That would be odder still. But it happened.

In anticipation of the white supremacist rally in Murfreesboro, Tennessee, businesses went ahead and boarded up their windows.

City officials advised business owners to prepare the same way they would if a hurricane were approaching.

While the boarded up businesses were disconcerting, by the time morning came, residents saw a much different message — a message of love.

Let’s be clear – we’ve no idea if the messages were written by white supremacists, or Antifa, or simply by locals.

But let’s also be clear – it doesn’t matter.

[Strangers] wrote positive messages, such as “love conquers all” and “love never fails” on the wood boards.

Another message quoted 1 Corinthians 13 and said, “Love endures through every circumstance.”

Anger and rage, whether from Antifa or white supremacists, isn’t – and shouldn’t – be the focus of anyone. Love should be. Specifically, Christian love.

And in preparation for possible violence, local Murfreesboro leaders have been preaching this exact message.

For the past two weeks, local religious leaders have held group prayers and, on Friday night, hosted a prayer vigil.

“I think one of the things the mayor said, that we want to be a city that truly loves. What tomorrow is, is ultimately a demonstration of hate and separation where Christ calls us to unite around Him and also seek the blessing of others.”

Standing in solidarity with those who support peace, love, and equality in Murfreesboro amid the white supremacist rally. #MurfreesboroLoves pic.twitter.com/YChLRv0j1f

It’s too bad every story couldn’t happen this way.