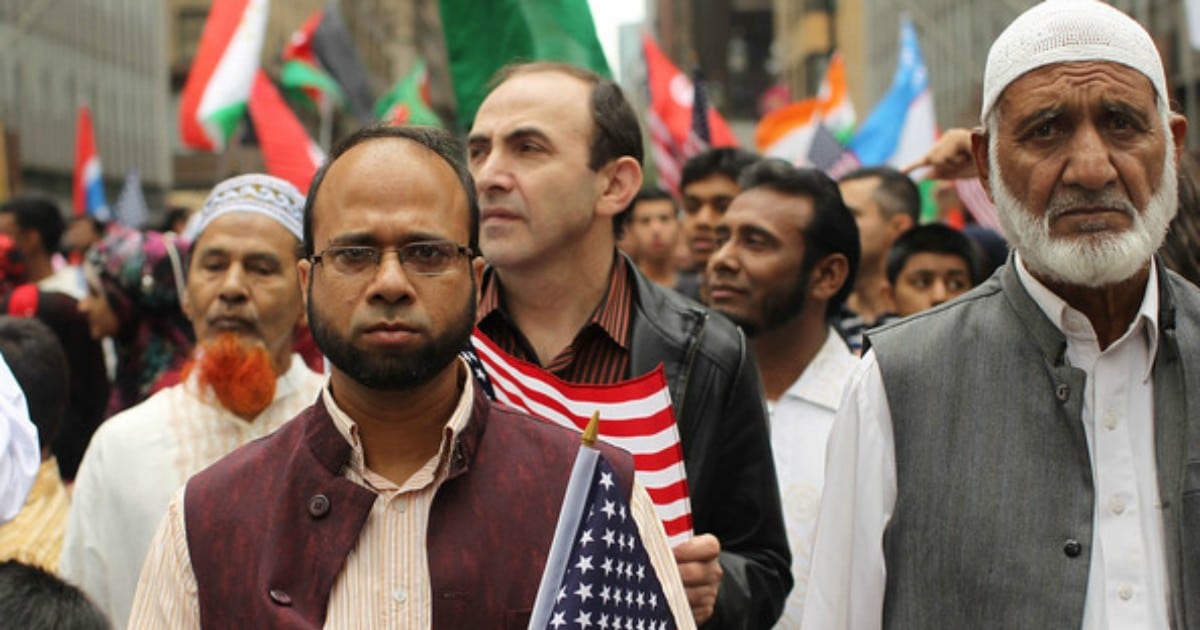 The left has worked hard to protect Muslims. Despite the fact that the root source of radical Islamic terror is their religion.

Anyone that criticizes Islam is branded “Islamophobic,” a made-up word used to suppress speech.

Yet the facts don’t lie. And while the left claims Muslims are an innocent majority, a shocking number in the U.S. believe something unacceptable.

In a shocking study that the mainstream media has either suppressed or spun, the Pew Research organization reports that a whopping 20 percent of Muslims living in the U.S. openly agree that violence and slaughter against innocent civilians are justified if it furthers the Islamic political and religious agenda.

Incredibly, only 8 percent admitted that violence is “rarely” justified while a further 12 percent believe that deadly terrorist attacks are either “sometimes” or “often” justified.

The survey, which was released on July 26, found that not even three-quarters of Muslims in the U.S. agreed that “targeting and killing civilians can be justified to further a political, social or religious cause.” Those surveyed understood that the poll concerned the slaughter of innocent civilians and not non-Muslims who had offended Islam in some way. Still, one-fifth of those interviewed expressed support for terrorism against men, women, and children as long as it helps spread Islam…

That twenty percent basically believes their religion justifies violence and death against non-Muslims, even governments.

Twenty percent may seem low, but that’s a far too high a percentage. We’re talking about violence against men, women, and children. Violence in the furthering of Islam. Violence in the name of their “God.”

That number should be zero percent, or something close to that. Twenty percent is enough to motivate groups to turn on their neighbors. Remember, the most recent terror attacks in America were committed by individuals or duos.

What would happen if twenty percent of the estimated 2-3 million Muslims decided to attack?

We cannot allow such beliefs to fester in the United States. This is a land of freedom and opportunity. Yet ideologies like this bring fear, oppression, and persecution. They choke out our liberties.

America must know about this poll. And the Muslim community must be urged to reject this kind of thinking.

Be sure to spread this article to everyone you know.